COMMENTARY — Preseason (or non-league) play is for fun. The games matter, of course, because winning is important to us. But the real reason for preseason is to get teams and players performing well so that when the region season begins and the games really do count toward getting into the state playoffs, everyone is ready to go.

For girls soccer, hopefully the preseason has served its purpose because the region season is upon us.

Tonight, defending region champ Dixie hosts defending state champ Cedar in a high-profile game to start region play. There are a lot of new faces on the Dixie squad, which has started 2-2-0 on the young season. Meanwhile, Cedar is flying high with almost all of its starters returning. The Lady Reds have scored seven or more goals in three of their six matches and have a 4-2-0 record.

Also tonight, Desert Hills is at Hurricane and Pine View is at Snow Canyon. The Lady Thunder were 14-5 last year and made it all the way to the championship game before losing to Cedar. Hurricane is hoping to make a run for the playoffs and went 4-1-1 in the preseason. Pine View was a playoff team last year and is 3-0-2. Snow Canyon, 1-3-2, made the playoffs last season, but lost to Juan Diego in a penalty kick shootout in the first round.

The spikers around the region have another week before league play begins and with so many weekend tournaments, the teams don’t play much during the week until region does start.

As usual, the volleyball state tournament is at Utah Valley University and defending champion Snow Canyon will be a heavy favorite to repeat. The state tourney is on a Wednesday and Thursday, Oct. 28-29.

Three region teams take a bye this week in preparation for region play, which begins Sept. 18.

But Snow Canyon, Dixie and Cedar will all play this Friday with the Warriors hosting Ogden, the Flyers hosting Canyon View and the Redmen traveling to Nephi to take on Juab.

Hurricane, Pine View and Desert Hills all sit out this week.

Sept. 18’s slate of region games have Cedar at Dixie, Desert Hills at Hurricane (state semifinal rematch) and Pine View at Snow Canyon. More on that next week.

Make sure to watch Friday’s 3AA Preview show here on STGNews.com for more on the football match-ups. 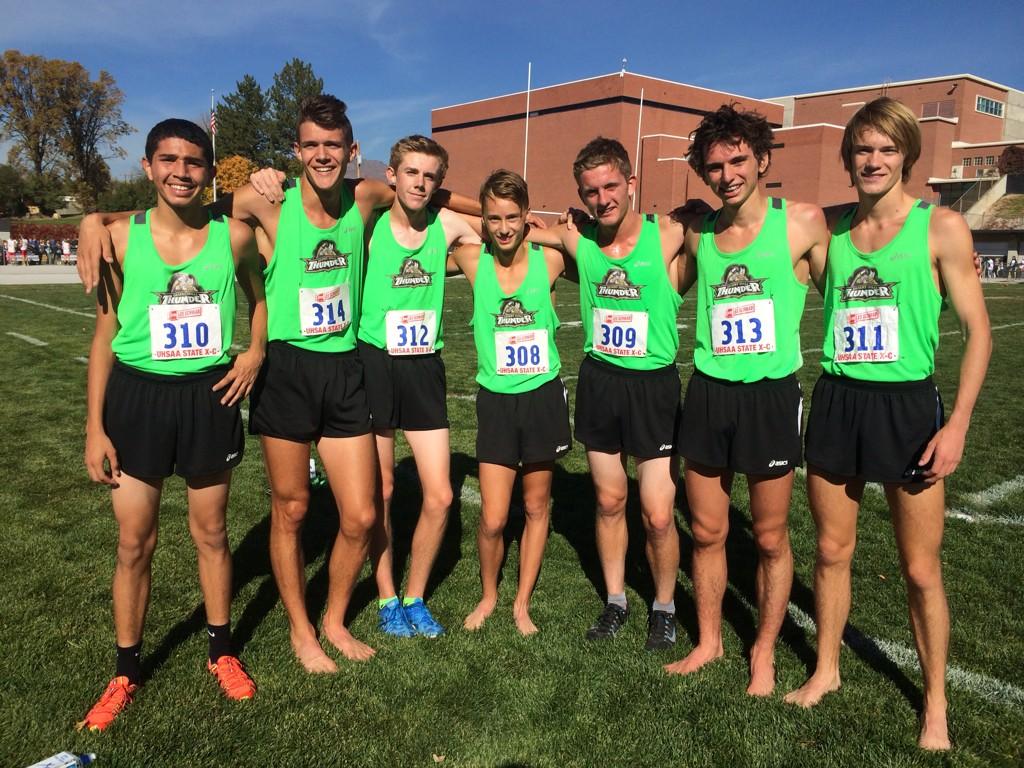 How good is this Desert Hills cross country team? Last season the Thunder boys team placed five runners in the top seven places to sret a new state record for dominance at the state cross country meet. Four of those five are back for Desert Hills, which recently appeared in the top 40 rankings by the runners website MileSplit.com.

This year’s state meet is at Sugarhouse Park on Oct. 21.