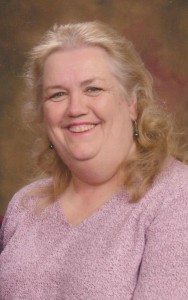 Gayle was raised in Bicknell, in Wayne County.  She attended Dixie College in St. George and earned an associate’s degree in 1968.

She lived in Salt Lake City where her three daughters, from a prior marriage, were born.  She was married to Orvil Eugene “Kelly” Kelson on March 8, 1984.  With this marriage, not only did she gain a husband but another daughter and four sons.  Kelly and Gayle were later sealed in the Manti Temple on February 19, 2005.

In June 2014, she retired after 16 years as a bookkeeper for the Kaibab Band of Paiute Indians at Pipe Springs, Arizona.  In her free time, she loved to sew and quilt.  Her talent and skill were hard to match.  She was sweet and kind.  She always found the good in others.  She touched the lives of all who had the privilege to meet her.

She was preceded in death by her parents; sisters: Kay, Eva, and Maud; brothers: Spencer and Robert.