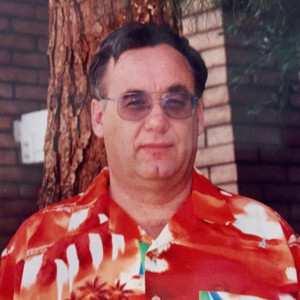 Larry D. Rodgers, 61, lost his battle against cancer, which he fought with great courage, on Wednesday, August 12, 2015, with his loving and caring wife by his side.

He was raised in Cody, Wyoming, and attended college in Pocatello, Idaho, attaining a bachelor’s degree in accounting. Larry worked for the State of Wyoming for 23 years before relocating to Mesquite, Nevada, where he worked in the casino industry until he retired due to health issues in May 2013.

Larry loved his family and friends and cherished the time with them. Friends and family have described him as a person with a kind and gentle soul with a heart of gold, very patient, understanding and devoted husband, father, and friend. His daughter, Andrea describes him as the best father and advisor to her family. His son. Justin describes him as loving, supportive, very intelligent, thoughtful and pretty darn tough. He will be greatly missed by all.

He is preceded in death by sister, Janet Durand; and father, James C. Rodgers.

The family would like to thank the kind and dedicated Hospice team and all of the medical providers that assisted in his care along this journey.