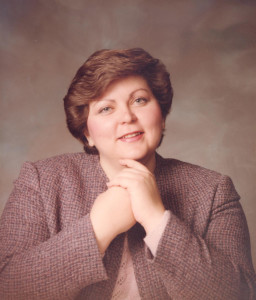 Judge Karla Staheli, 61, passed away August 14, 2015 from causes associated with early-onset and accelerated dementia. Born April 11, 1954, to Karl and Carita Staheli, Karla was the fourth of five children and the only daughter. She was adored by her family and countless friends.

While growing up, Karla lived in Enterprise, Hurricane, Richfield and Washington, Utah. She attended Dixie State and earned an associate’s degree. Washington County hired her to assist in tax role computerization. Subsequently, she was hired by the computer company and moved to Salt Lake where she attended the University of Utah, graduating on the Dean’s list with degrees in psychology and women’s studies. She became an Avid Jazz Fan.

Karla continued her education at the J. Ruben Clark Law School at BYU. After graduating and passing the Utah Bar at her first attempt, she enjoyed working with Scott Burns at the Iron County Attorney’s Office. Three years later she became the Guardian ad Litem for Southwest Utah.

Karla worked tirelessly for 15 years protecting the rights and best interest of children. She earned a National Certification in Child Law. In 2010, she was the first women appointed as a Fifth Judicial District Juvenile Judge. She presided until her illness forced an early retirement.

Karla is a faithful member of The Church of Jesus Christ of Latter-day Saints, serving in many positions. Family and friends will say part of religion was BYU football.

She is survived by her two adopted sons: Mathew and Daniel; her mother, Carita; brothers: Allen (Marilyn), Ronald (Jan), Howard (Francelle) and Matthew (Susan); and 17 devoted, adoring nieces and nephews.

A special thanks is extended to the people at Kolob Care Center for their extraordinary attention and care to Karla.