ST. GEORGE — Members of the media and football coaches don’t always see eye to eye, but there’s one thing they can agree on: Desert Hills should win the 3AA South Region in football in 2015.

The Thunder, with a three-year starter at quarterback and seven returning starters on arguably the best defense in the classification, received the most points in both the media and coaches poll after both entities voted at the 3AA South Media Day Tuesday afternoon and evening in the St. George News/KCSG studios off of Hilton Drive.

“It’s as you would expect,” said ESPNRadio’s Devin Dixon. “They’ve got a lot back off of a team that tied for the region title last year. Plus, they’ve been at least to the state semifinals three years in a row.”

Though it was Desert Hills that was picked to win the region, the majority of the MVP first-place votes went to Dixie High’s Tre Miller. The senior running back, who rushed for 1,460 yards as a junior last season, is expected to have a big year for new coach Andy Stokes.

“I don’t care about the numbers or anything, I just want to win,” Miller said. The Flyers are tabbed by both the coaches and media to finish second.

Desert Hills running back Nephi Sewell, who also starts at cornerback and returns kicks for the Thunder, came in second in the preseason voting, getting four first-place votes and seven total votes.

The Media Day event was televised live and streamed on St. George News and will be added to our video archive soon. 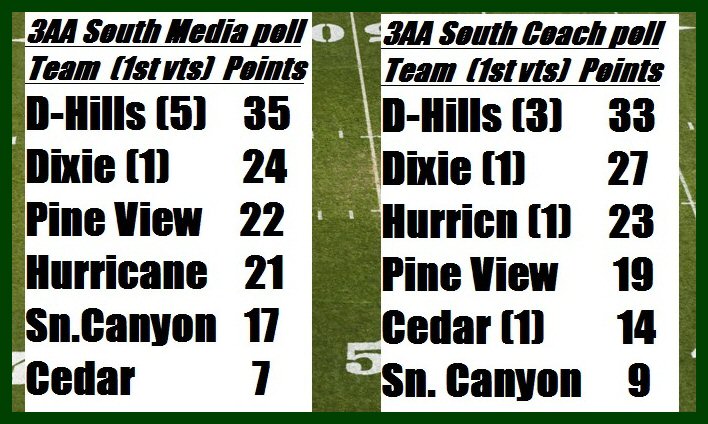