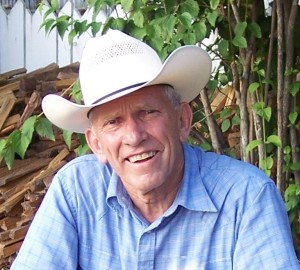 James Dean Bogedahl, 78, passed away August 8, 2015, at home surrounded by loved ones after a courageous fight with cancer.

He was born May 21, 1937, in Salt Lake City, the second child of Albert James and Dorothy Maud Dean Bogedahl. He married Caroline Kaye Butterfield on June 8, 1957, in Pocatello, Idaho. Their marriage was later solemnized in the Salt Lake LDS Temple.

Together they raised six children until Kaye became ill. Dean lovingly cared for her for several years until she passed away in 1983. Dean married Jacqueline Joan Granata, October 16, 1984, in the Provo LDS Temple. They celebrated 30 wonderful years together last October.

Dean lived an active life of hard work, love and service. He graduated from Davis High and Salt Lake Technical College. He lived and worked as a rancher and diesel mechanic in northern Arizona and Kanab, Salt Lake City and Torrey, Utah.

During the first half of his career, he especially enjoyed working at Jacob Lake Inn and the Vermillion Cliffs Cattle Ranch, where his family made many fond memories. After retiring, Dean and Jackie made their home in Torrey, Utah, where he built a wonderful log home and used his expert gardening skills to create a beautiful haven.

In 2014, he and Jackie moved to Southern Utah, making Washington their new home. Dean was an active member of the LDS Church and served in various callings, his favorite being an ordinance worker in the Manti LDS Temple for over six years. He will be fondly remembered for his selfless service to others, positive attitude, and his sincere expressions of gratitude.

Dean enjoyed hunting, fishing, camping, gardening, riding his horse or four wheeler, and most of all, spending time with his family. Some of the family’s fondest memories are of annual family reunions. Whether camping in the mountains, spending time at a favorite fishing hole, or enjoying a week at the beach in Oceanside, California, Dean always made sure his family got together to strengthen what mattered most.

He is the rock and foundation of his family and will be greatly missed.

He is also survived by his siblings, Mary Marcantelli (Centerville, Utah) and Leon Bogedahl (Torrey, Utah). He is preceded in death by his first wife, Kaye; his daughter, Lori Bogedahl; and his sister, Lova Miller.

The family wishes to thank the medical providers at Dixie Regional Medical Center, Southwest Regional Cancer Clinic, and Dixie Rehab and Hospice who offered Dean superior care
during his short battle with cancer.