COCONINO COUNTY, Ariz. – Arizona Department of Transportation crews from Fredonia, Page and Gray Mountain, Arizona, are working to reopen Highway 89-A Monday. A 34-mile stretch of road was shut down Sunday afternoon after flooding from a massive storm washed mud and boulders across the highway between Marble Canyon, Arizona, and Jacob Lake, Arizona.

“There are boulders the size of houses on the road,” a desk clerk at Cliff Dwellers Lodge, near the slide area, said.

A road closure is in place beginning 5 miles west of Marble Canyon, at milepost 545, and ending at Jacob Lake, at milepost 579, according to information from ADOT.

Crews worked through the night Sunday to commence clearing the debris, according to information from ADOT. As of 2 p.m. MDT Monday, ADOT did not yet have an estimate for when the road will be reopened.

Brett Bourne, of Perth, Australia, was traveling on Highway 89-A on a motorcycle when the storm hit that caused the flooding and subsequent road closure.

“It was probably the heaviest rain that I’ve ever ridden through,” Bourne said.

Bourne has been traveling in the United States with his son and three friends. He was riding alone, however, traveling toward the Grand Canyon when the storm hit.

Bourne said heavy rain and hail started coming down while he was riding on Highway 89-A. The storm became so intense that he had to cover his face with his riding glove, and visibility became so poor that he had to stop at one point.

He stopped on a bridge, he said, and muddy water was raging below him. Large rocks were washing up and hitting the pipes beneath the bridge. Waterfalls were cascading from the tops of the nearby cliffs.

Anyone needing to travel through the closure area must detour via Highway 89 through Page, Arizona, and Kanab, Utah. (See accompanying map for detour information.)

Those traveling to the Grand Canyon’s North Rim should travel through Kanab and then take Highway 89-A through Fredonia, Arizona, and up to Jacob Lake. 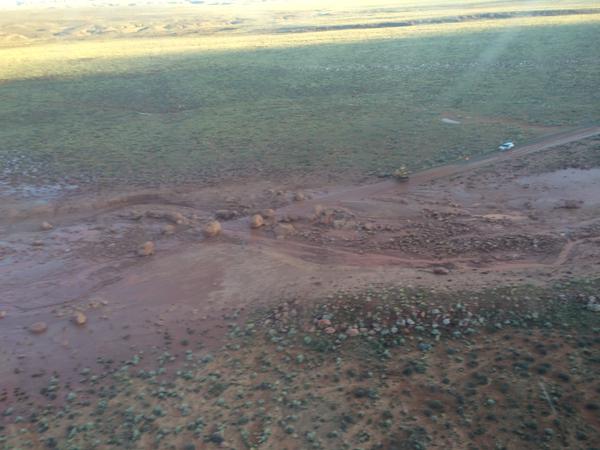 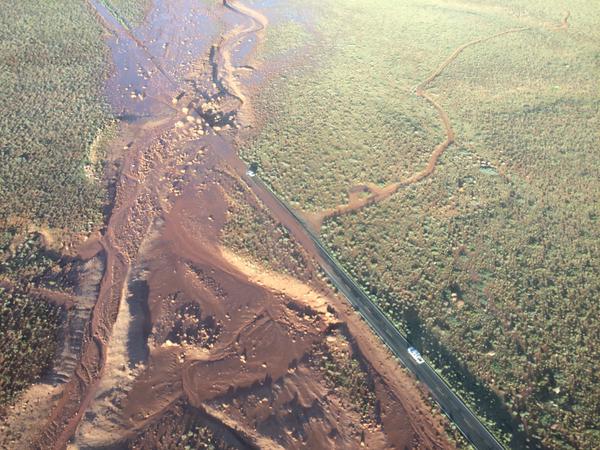 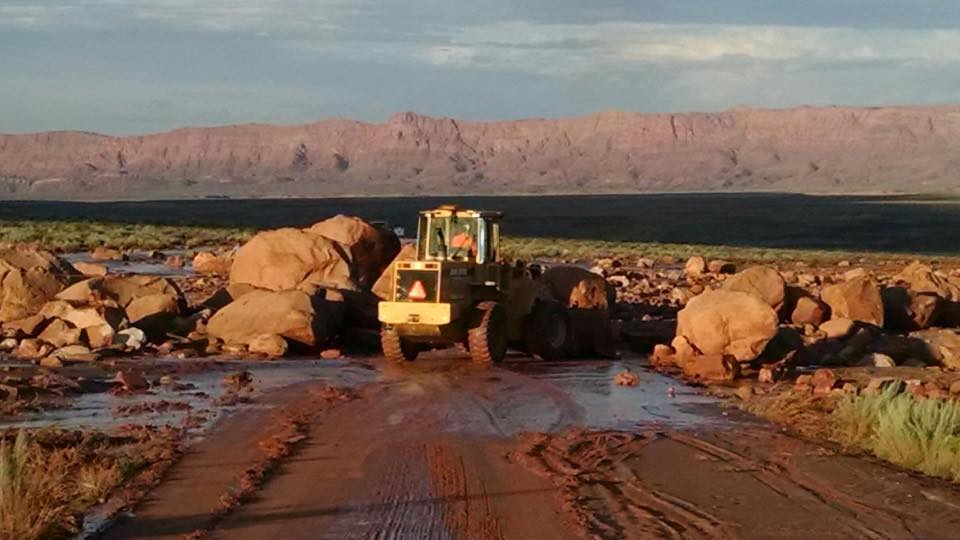 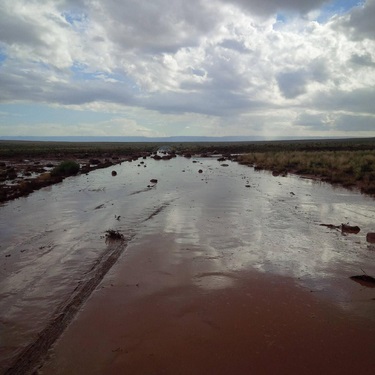 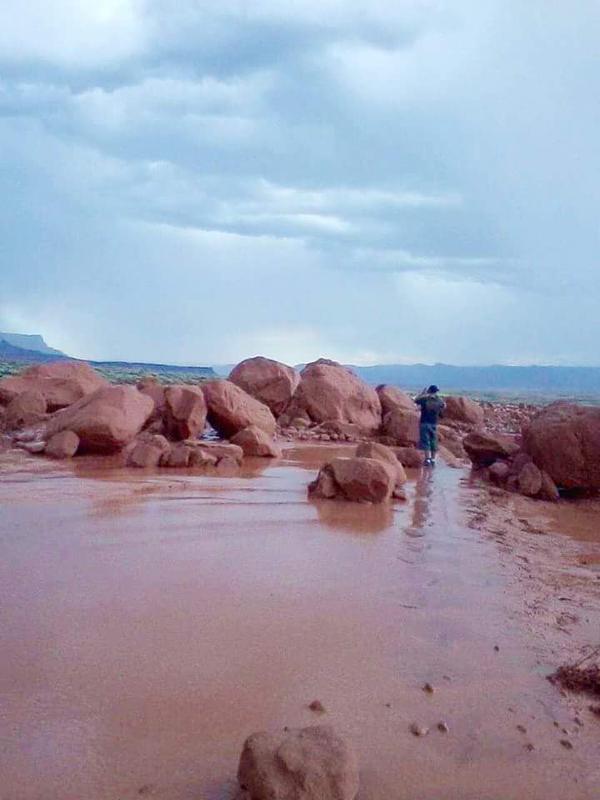 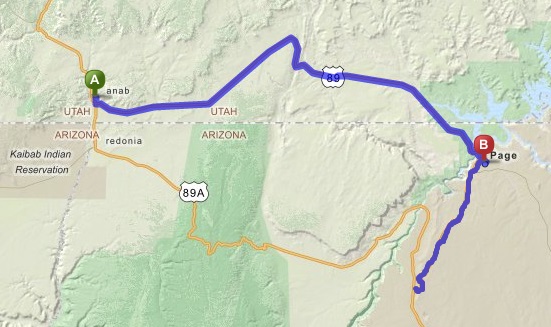 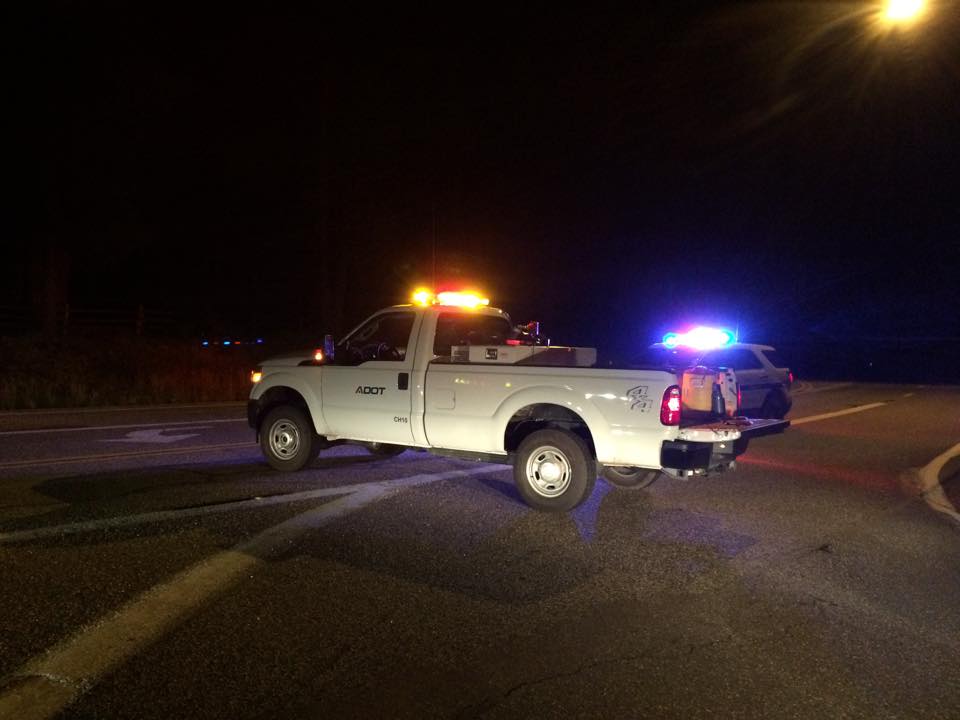