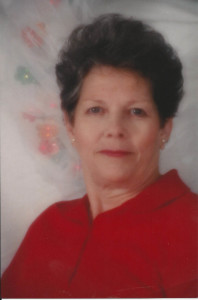 Sandra McClanahan passed away on August 4, 2015, after a short hospital stay. She was born on August 19, 1941, in Winslow, Arizona, to Orson LeRoy and Beth (Merrell) Cluff. She was married to Douglas Dean McClanahan in February of 1963 in Las Vegas, Nevada. He passed away in March of 1980.

Sandra had a pretty normal childhood and was raised in Heber, Utah, and Snowflake, Arizona. She lived in Las Vegas, as well as Portland, Oregon, and settled in Salt Lake City, Utah. After the death of her husband, she moved back to St. George.

She is survived by one daughter, three grandchildren, one great-grandson, a sister and brother and sister-in-law.

The family wishes to thank the staff at the ICU that took good care of Sandra.