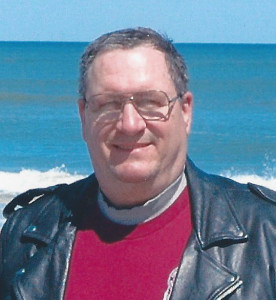 On August 1, 2015, the Lord enclosed his good and faithful servant, Lionel J. Bushey, into His loving arms. Born May 17, 1947, in Menominee, Michigan, to the former Lionel J. and Esther M. (Jaeger) Bushey. Nick-named Lon as father was called Leon. On February 1, 1969, he married the former Barbara Rae Wozniak at Resurrection Catholic Church in Green Bay, Wisconsin.

Lon attended parochial school through 1961, graduated West High School in Green Bay, Wisconsin, in 1965 and immediately joined the US Marine Corps. His first enlistment was four years, serving two tours in Vietnam and then transferring to the Marine Corps Reserves. After working for Wisconsin Bell Telephone for two and a half years, he returned to active duty Marine Corps in 1972, culminating his career in 1988-fourteen years enlisted and nine years commissioned (Chief Warrant Officer-3). Lon’s second career was in municipal government, managerial and executive positions, retiring as a city administrator in 2007.

During Lon’s military career, he and Barb made their homes in Green Bay, Wisconsin; Cincinnati, Ohio; Twenty-Nine Palms, California; Yuma, Arizona; and after military service, lived in Oconto Falls and Rhinelander, Wisconsin; and finally in 2007 settling in St. George, Utah. Together Lon and Barb raised three daughters; Jennifer Branscum, Wendy (Greg) Toole, and Ashleigh Bushey. Wendy and her husband Greg have given Lon and Barb four granddaughters, Katie, Madie, Abigail and Whitney. 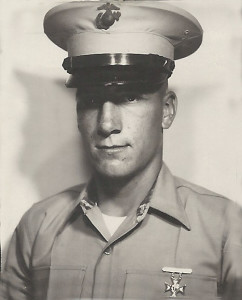 Lon was involved in the Marine Corp League. He was an active member of St. George Catholic Church in St. George, Utah. His favorite past times in his retirement years were preparing for and teaching adult scripture study classes. He loved his Indian Motorcycle and cherished his bike rides with his brothers and friends.

Lon lived fully and fought the good fight, though his final years were fighting ailments resulting from the Vietnam War. He was a loving husband, and father; doting grandfather, and faithful and loyal friend.