HURRICANE – Two years after a bike trip that raised over $30,000 for computers in Hurricane schools, the Hurricane High School principal set out again this summer, pedaling with a message encouraging acts of service toward others – a message that actually gained momentum when Jody Rich broke his clavicle in a cycling accident along the way.

You can do hard things

During the summer of 2013, Jody Rich and then Hurricane Middle School principal Roy Hoyt set off on a coast-to-coast bike trip, riding from California to Florida.

A bike trip made sense for the principals, who are life-long fans of biking, although Jody Rich said he is far from a professional cyclist. He has, however, commuted to work on a bike “forever,” he said, and his students can usually find his bike leaning against the wall outside his office.

They called their trip Principals Across America for Computer and Education, or PAACE.

“The biggest thing for me was just the unification of the students and of the community and the message that we got out there that you can do hard things,” Jody Rich said. “That, I still hear a lot.”

PAACE 2013 garnered some attention. On August 30, 2013, Real Salt Lake, in Sandy, and American Express invited Hoyt, Jody Rich, and his father, Budd Rich, who drove behind them in a truck filled with supplies, to the soccer field for its “Heroes Among Us” recognition.

It’s not about you

This year, the principals headed off on a border-to-border tour spanning about 1,700 miles along the West Coast from Washington state to Imperial Beach, California. Their goal was to travel about 120 miles each day and arrive in Southern California July 28.

While Jody Rich sought to teach students “You can do hard things” through PAACE 2013, this year his message was “It’s not about you.”

Focusing on that message, PAACE 2 had a slight name change. The acronym stayed the same, but this time, it stood for Principals Across America for a Caring Education.

Jody Rich got Hoyt back in the saddle despite the fact that Hoyt had moved to Wyoming since the last trip; and Budd Rich joined them again following along in a truck filled with supplies. The three hit the road July 13.

The terrain was much more taxing, Jody Rich said, comparing this summer’s trip to PAACE 2013.

A bump in the road

The PAACE 2 trio was 444 miles from their destination when, on the 120th mile of the July 23 leg, Jody Rich rode around the bend of a winding hill near Big Sur, California, and clipped construction cones set in the bike lane. As his son Jordan Rich described it, Jody Rich was catapulted over the handlebars breaking his clavicle in half.

The accident was disappointing, he said, and yet he’s been uplifted to see his community continuing to give service, fulfilling the goal of his trip.

On the day of his accident, Jordan Rich posted news of the accident on the PAACE Facebook page he was managing. He asked friends to finish the trip for his dad, walking, biking or running, and then report distances covered. But, there was a catch: “We would just ask that you serve someone along the way,” he posted, and asked they complete the journey within three days.

By the night of June 24, one day after the accident, the community had reported over 1,000 combined miles and many acts of service.

A “hurricane of service”

The service aspect of PAACE 2 started early, with Jody Rich giving his high school students a challenge during the school year.

The challenge had simple instructions: Do an act of service, report back to Jody Rich or a member of Hurricane High School’s Executive Council and fill out a card for the principal to take on his bike ride.

The cards offered a list of suggested service ideas — bake a plate of cookies for and visit someone who needs some attention, for example, pay for the person behind you at the movies or, of course, come up with your own act of service.

He handed out hundreds of cards to his students and their families, engaging the community as well: Boy Scouts, Young Women and other groups.

By the time the trip rolled around, Jody Rich had about 200 to 250 cards with him to hand out.

“Basically, symbolically, I took my kids with me in the back pocket of my jersey,” he said. “And so from start to finish, my mission was just to meet people and then tell them what we were doing and then to give them a card from one of my students.”

Each of the cards has five slots to be signed and started with one name on it. The idea is that each person who receives a card should do an act of service, fill out the card and leave it for the person who they helped encouraging them to then “pay it forward.”

The cards are self-addressed back to Jody Rich with postage prepaid so whoever gets the card last can mail it back to him.

It’s part of Jody Rich’s plan of “spreading a hurricane of caring service across the country, one act at a time.”

While Jody Rich admits it might be a long shot to get five people to fill out each of those cards and send them back, he got his first card in the mail this week. The card made it from Hurricane to Pocatello, Idaho, and back to him in Hurricane. It was a much-needed pick-me-up, he said, received the day after having surgery that put a plate and screws into his shoulder to hold his clavicle together.

Overall, despite the accident setback, Jody Rich remains positive as ever, glad to see the “hurricane of service” taking shape.

Jody Rich doesn’t know if he’ll do another ride, he said, relating that it’s almost like having a baby.

“The first time, you know, it’s like ‘I’d never do that again,’” he said jokingly. “Now I’m hurt and my wife’s saying that ‘it’s never going to happen in your lifetime again.’”

“We’ll have to see how it goes in the future,” Jody Rich said, “but I would certainly love to continue this.”

Regardless, the “ride” isn’t over for PAACE. The 2015 journey was just a “kick-off” for the Hurricane High School principal’s vision. He wants to keep the cards going out and the service storming along, he said, and invites anyone who wants to join the hurricane of service to message the PAACE Facebook page for a card. 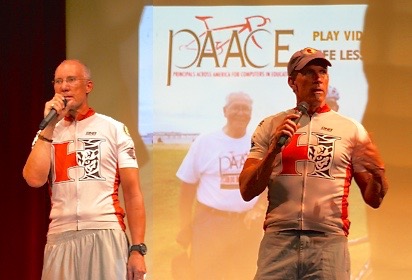 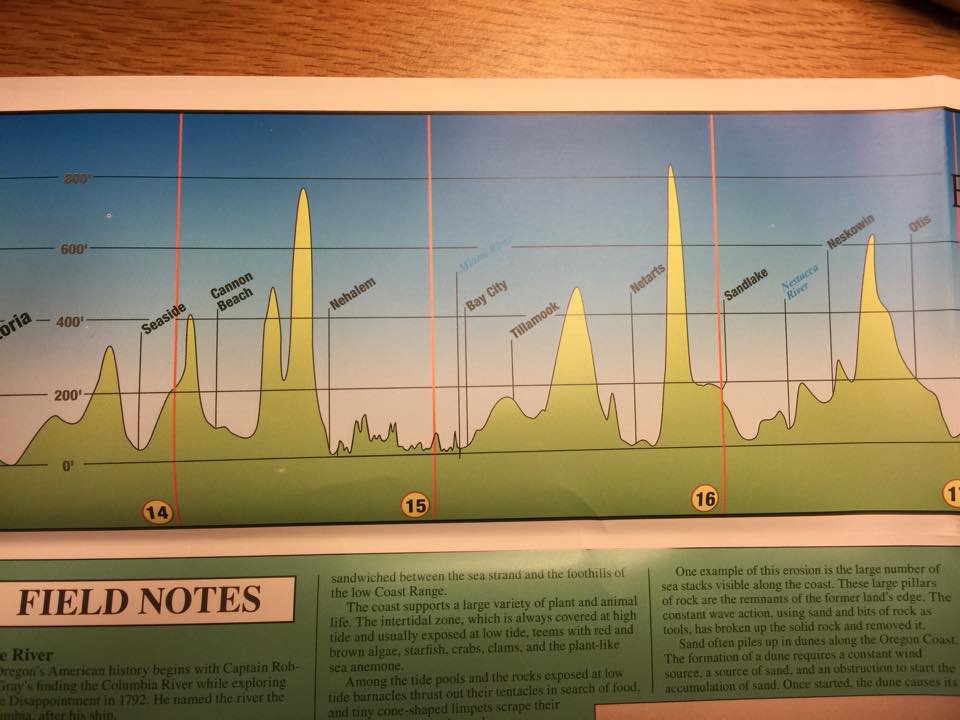 A picture of the altitude profile of some of Jody Rich and Roy Hoyt's bike route, July 15, 2015 | Photo courtesy of Jody Rich, St. George News

The back of the PAACE cards give service ideas, 2015 | Photo courtesy of Jody Rich, St. George News 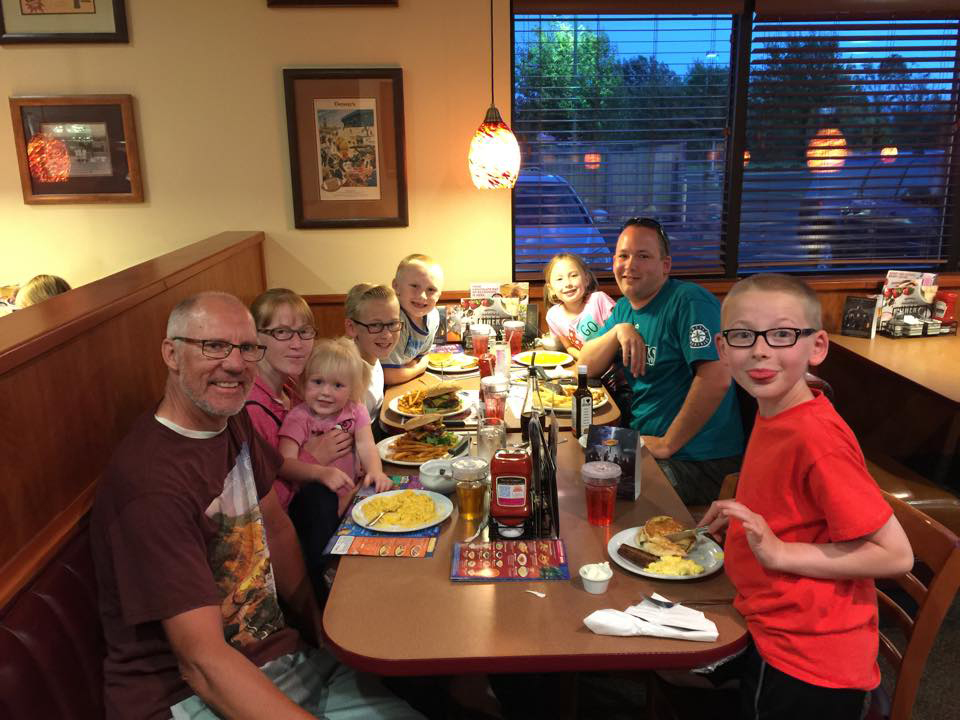 Jody Rich, front left, with a family he passed a random act of kindness card to after paying for their meal, Tillamook, Oregon, July 15, 2015 | Photo courtesy of Jody Rich, St. George News 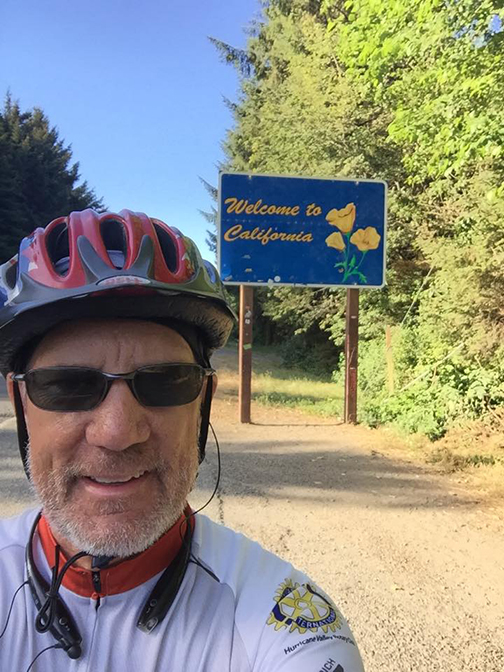 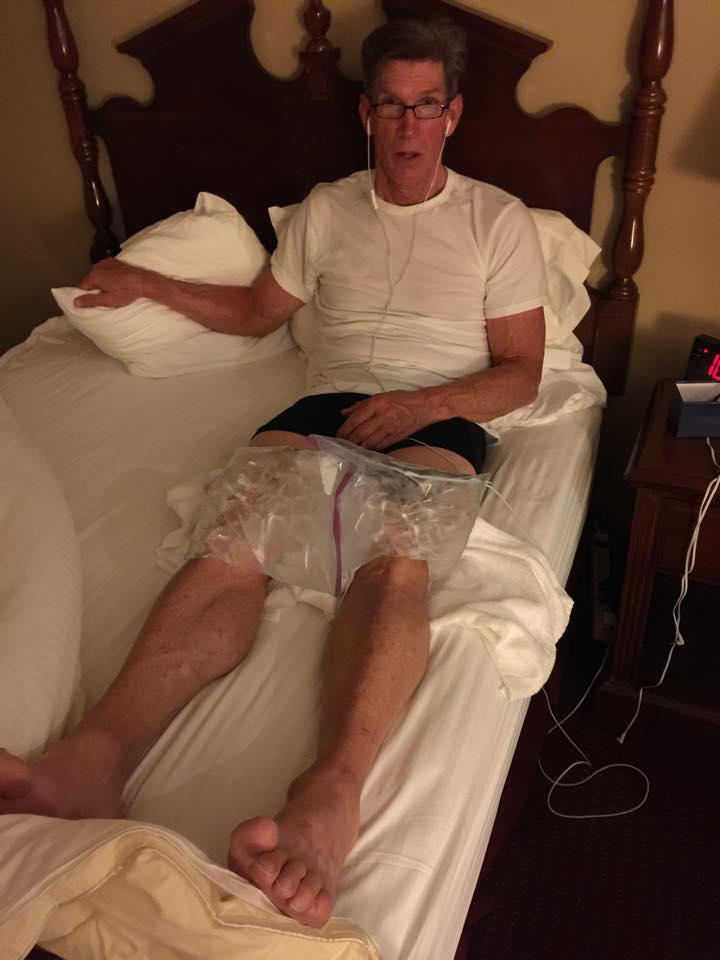 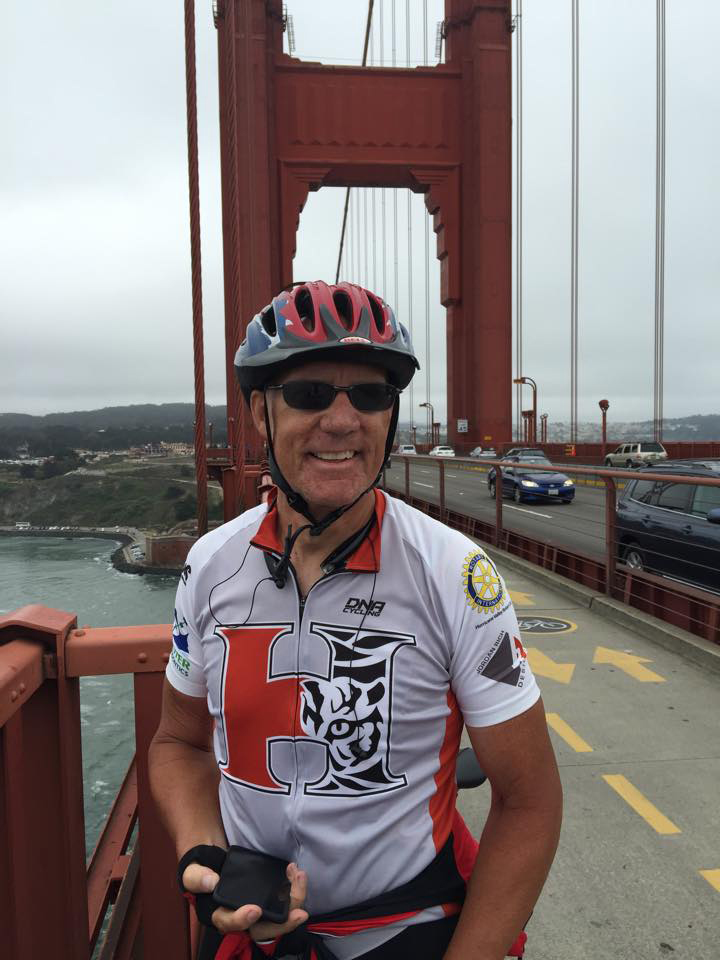 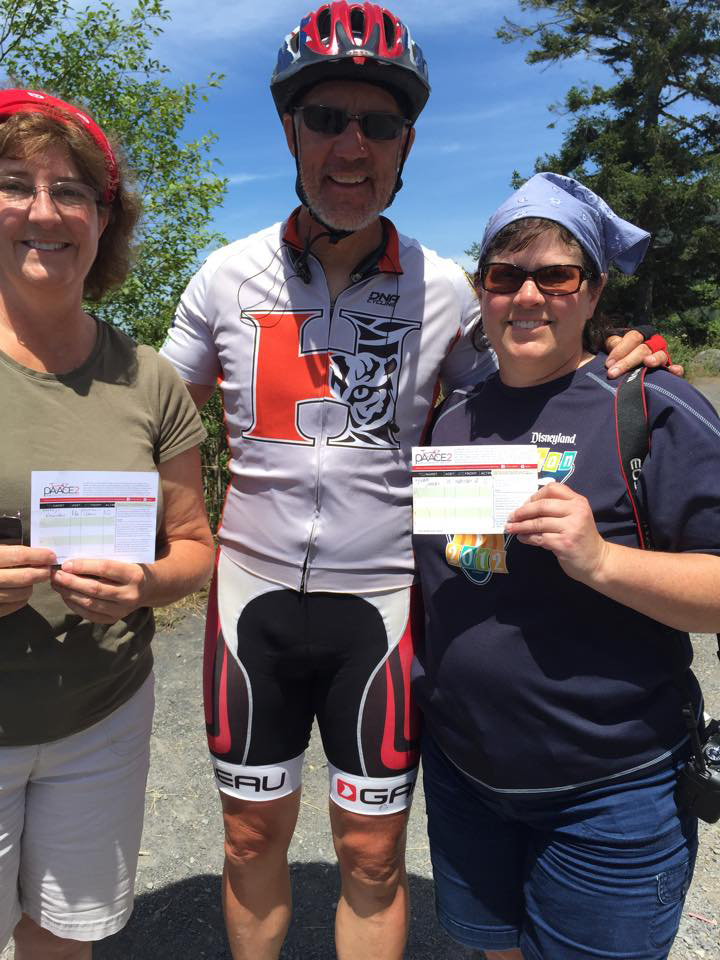 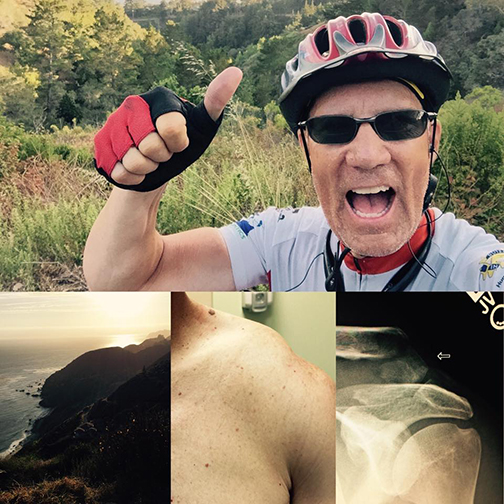 An X-ray shows a plate and screws put in Jody Rich's shoulder to hold his clavicle together, July 29, 2015 | Photo courtesy of Jody Rich, St. George News

'It is a responsibility for them to know not to get behind the wheel'; Low blood sugar results in crash

'Our band is our sixth man'; Cedar High's pep band cheers on Reds