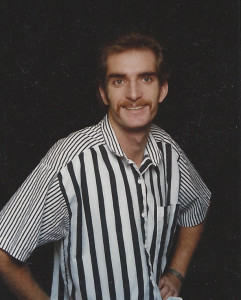 He preceded in death by his older sister Deanna, his grandparents Joseph S and Annie Gertrude Jessop, Melvin and Ruth Johnson, his Aunt Deanna and Uncle Freddie Johnson, as well as his nephew Little Ron Jessop.

Morgan was a very hard working man, he loved using his hands to tear things down, build and rebuild again. He was a jack of all trades and master of none. One thing he did master and was well known for was concrete work. To friends he was known as “Captain Morgan” and to family he was known as “Uncle Mo-Mo or Muncle Organ”.

His life was devoted to God, his family, and his work. Morgan loved getting dressed up to go dancing and just having a good time. He thrived off of spending time with all of his nieces and nephews, showing off his dog, Bear, and telling a good story.