HILDALE – After about a monthlong break with no search and rescue calls – a deserved vacation during a record year of rescues – the Washington County Search and Rescue team was called out to the Hildale area Tuesday to assist in a rescue in Water Canyon, marking the team’s 60th rescue of 2015.

The Hildale-Colorado City Fire Department asked the search and rescue volunteers to assist them in rescuing a woman – in the area visiting from out of state – who slipped and fell in a slot canyon while on a group outing.

“They had a tour guide with them and they were doing a slot canyon rappel,” Hildale-Colorado City Fire Chief Kevin Barlow said.

The group members had reportedly completed their first rappel when the woman slipped and fell an estimated 10 feet into some water. She landed on her arm and fractured it, Barlow said.

All members of the Hildale-Colorado City Fire Department are volunteers, Barlow said, and about 15 of them responded to aid in rescuing the woman.

The Washington County Search and Rescue team, also made up of volunteers, sent about eight responders after the Fire Department called on them for help, Barlow said.

“We’re grateful to have a good working relationship with county search and rescue,” he said.

When the search and rescue responders arrived at the incident command site for the rescue, fire and paramedic responders from Hildale-Colorado City were already up in the canyon and had reached the injured woman, Washington County Sheriff’s Deputy Darrell Cashin said.

Cashin sent some of the members of the search and rescue team up into the canyon to join the other responders. They drove in jeeps part of the way and then began hiking, he said. However, the woman was already safely on her way to the hospital before they got there, thanks to a skilled helicopter pilot.

As the search and rescue volunteers were heading toward the site, a helicopter from Classic Lifeguard in Kanab was being called in to assist, as well.

Cashin said the helicopter pilot stopped at incident command and dropped off the paramedic on board to lighten the weight of the chopper. The pilot then took off again and headed straight for the slot canyon where the woman had fallen, and he was able to land right in the confined area very close to where the woman fell.

“It was an absolutely remarkable landing in the bottom of a canyon,” Barlow said.

“I think the thing that was most remarkable to all of us was the ability of that helicopter to set down in that very narrow, tight place,” he went on to say. “Very skilled pilot.”

Without the pilot’s precision and skill, it would have taken the responders hours to get the woman safely out, Cashin said. They would have had to raise her about 100 feet out of the canyon, which he said would have been very dangerous.

“That pilot from Classic Lifeguard – he was amazing,” Cashin said.

The injured woman was loaded into the chopper and flown to incident command, where she was given pain meds and strapped down. The pilot then flew her to Dixie Regional Medical Center in St. George.

As this report is published, Barlow said he hadn’t received an update on the woman’s condition.

This rescue marked the 60th mission the Washington County Search and Rescue team has embarked on so far this year.

Search and Rescue Commander Mike Thomas said the team was averaging about three rescue missions a week until the lull this past month. He said recent high temperatures in the area may have been a reason for the drop-off in rescue calls.

“It’s starting to cool off a little bit, so people are going out … again,” he said.

July is usually one of the busier months for the team, so going almost a month without a rescue call is unusual.

“I don’t think we’re going to finish out the year slow like this,” Thomas said. “It’s going to pick up again.” 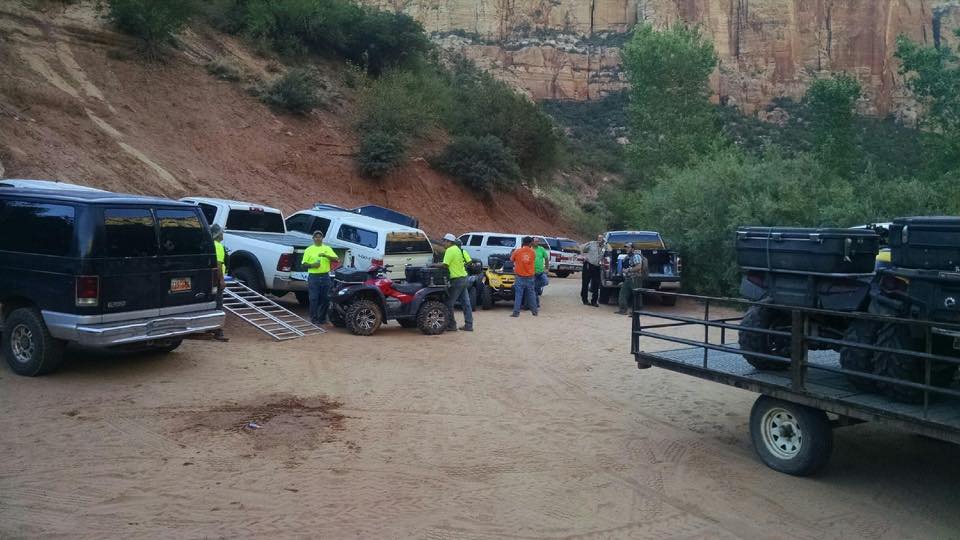 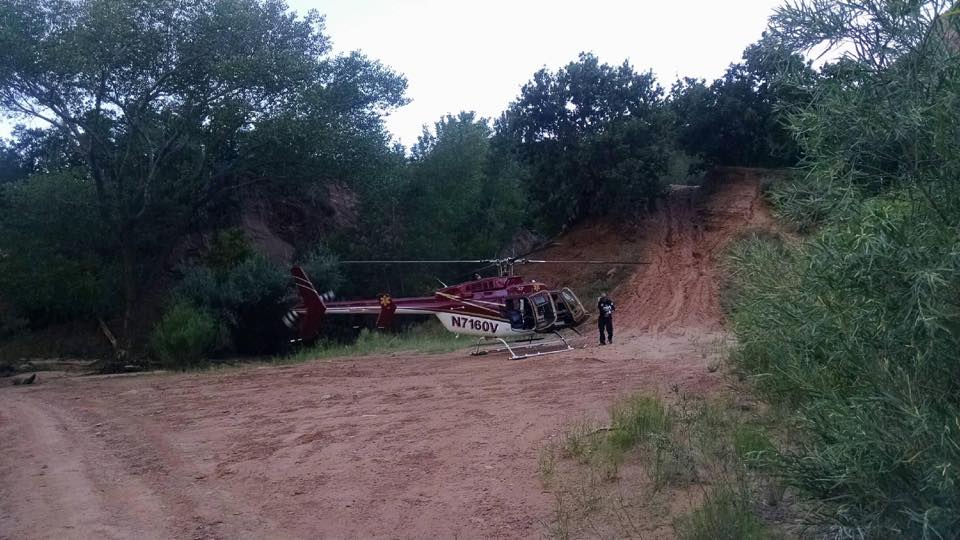 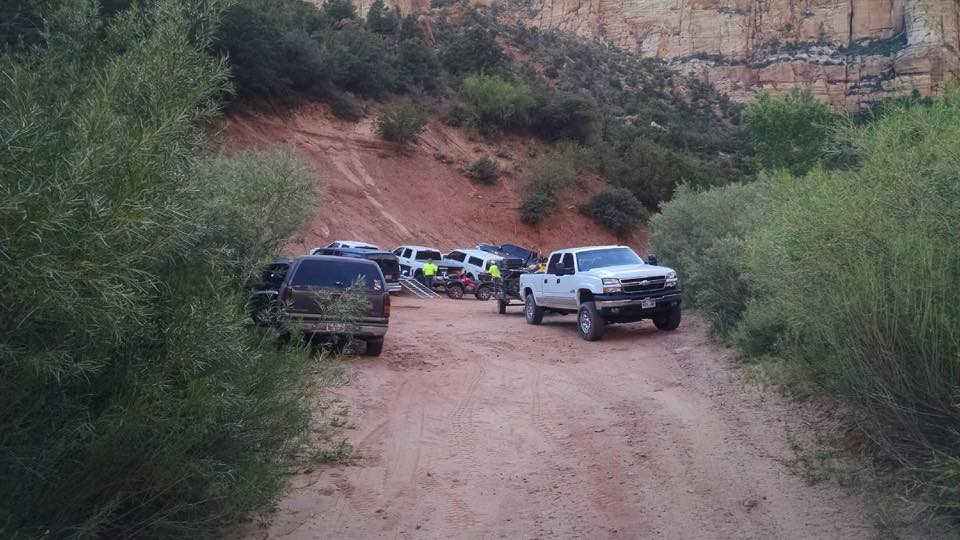 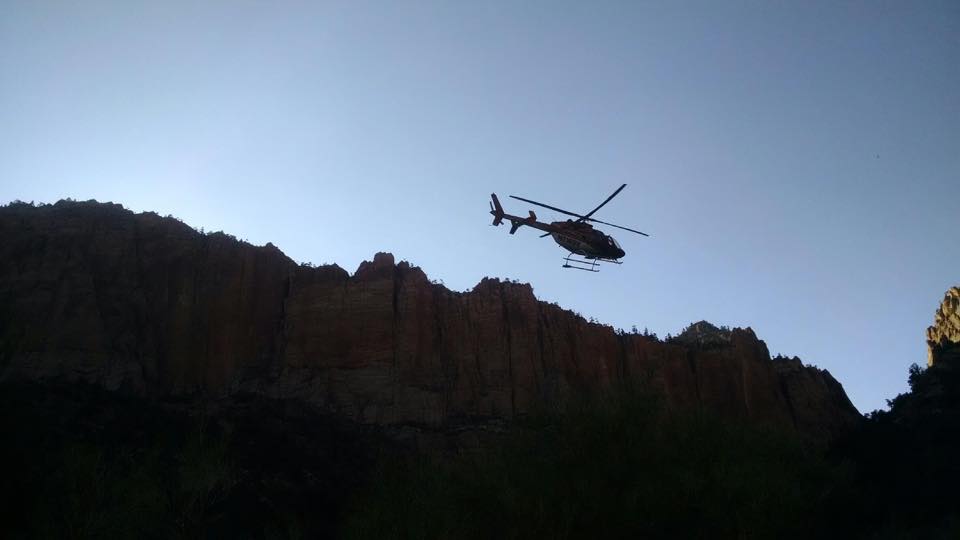