ST. GEORGE – The orange and white of Carson Hamblin’s KTM 65 motocross bike is difficult to miss, even against the cinnamon colored dirt of the desert track where he trains to race. But more than the bike, it is the towheaded 11-year-old with a determined heart and winning attitude who stands out.

Carson Hamblin will be leaving Monday on a nearly two-week journey as he travels to Tennessee where he will compete in the American Motorcyclist Association Amateur Motocross National Championship held on the property of country singer Loretta Lynn.

For amateur motocross racers, Loretta Lynn’s is basically the Superbowl of motocross racing, the big race, and almost any big name in professional motocross action – think Ricky Carmichael, James Stewart, Kevin Windham and Travis Pastrana – has raced and/or won there.

Additionally it can be where motocross careers are made as the nation’s top amateur riders gather to race and hope to get noticed by potential sponsors, Aaron Hamblin, Carson Hamblin’s father, said.

The road to Loretta Lynn’s is a difficult one for racers who must earn their spot at the big race by qualifying in one of several regional qualifiers held throughout the United States. In February the SGMX Motoproving Ground, located just off Exit 6 of Southern Parkway in St. George, hosted the Midwest Area Loretta Lynn Qualifier and was one of only two tracks in Utah to host a qualifying race.

Carson Hamblin crashed out at his hometown race, Aaron Hamblin said, so Carson went outside of Utah to qualify.

“Carson’s been working really hard,” Aaron Hamblin said, ” … we’ve been all over the western United States doing the regional qualifiers for Loretta Lynn’s, which he qualified.”

This is the first year in his three years of riding that Carson Hamblin has attempted to qualify for Loretta Lynn’s, he said, which is something he considers to be quite the accomplishment.

“It means a lot because I’ve never really tried to qualify and I’ve never really been fast enough to qualify,” Carson Hamblin said, “and coming out and qualifying my first year trying is a pretty big deal and just making it to Loretta’s is a big deal.”

Accomplishments notwithstanding, Carson Hamblin’s motocross career was almost halted before the first gate ever dropped.

Aaron Hamblin recounted the story of Carson Hamblin’s first race and a bout of nerves that almost stopped him from competing, but instead fueled his passion for riding:

I was a new motorcycle dad and all that kind of stuff so, we just, we took him to one race and we were on the line and he felt like he was going to throw up and then the gate dropped and that’s – it’s been history ever since, we can’t get him off the bike.

Carson Hamblin and his dad practice almost daily, Carson Hamblin said, and if they are not riding they are watching training videos, working out and working on the bikes.

Carson Hamblin is involved in every aspect of his budding racing career including gauging how the bike runs and maintaining it. Bike maintenance is an important skill considering that the way the bike runs could make or break a race, Aaron Hamblin said.

But in the end it is the rider. Carson Hamblin will be competing at Loretta Lynn’s in the 65cc class in the 10-11 age group where he hopes to have a Top 20 finish and attract the eye of a sponsor, he said. 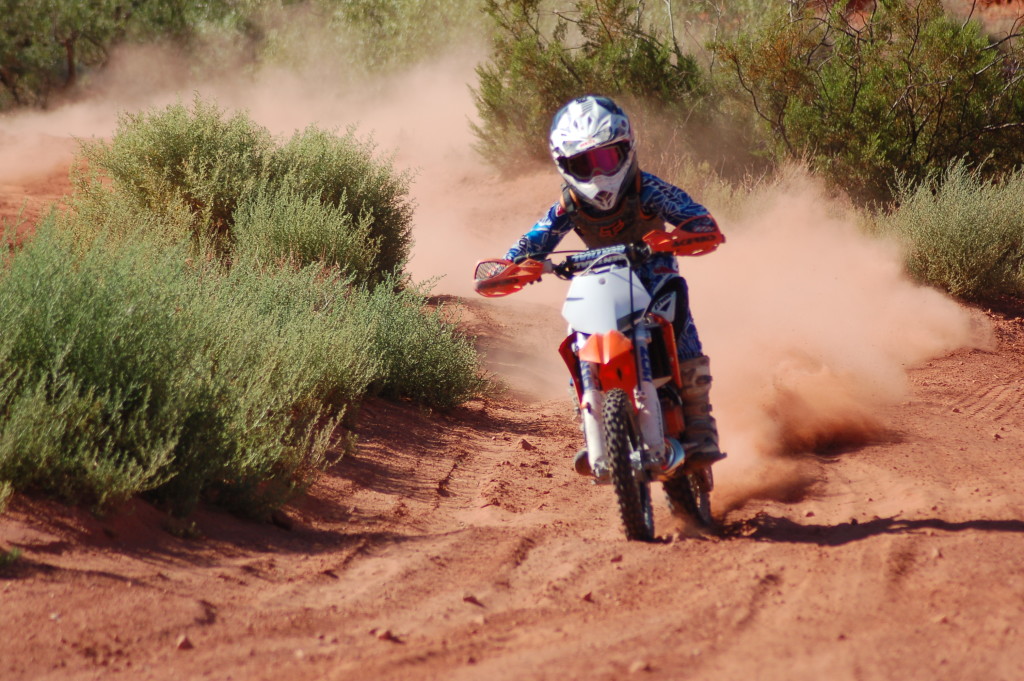 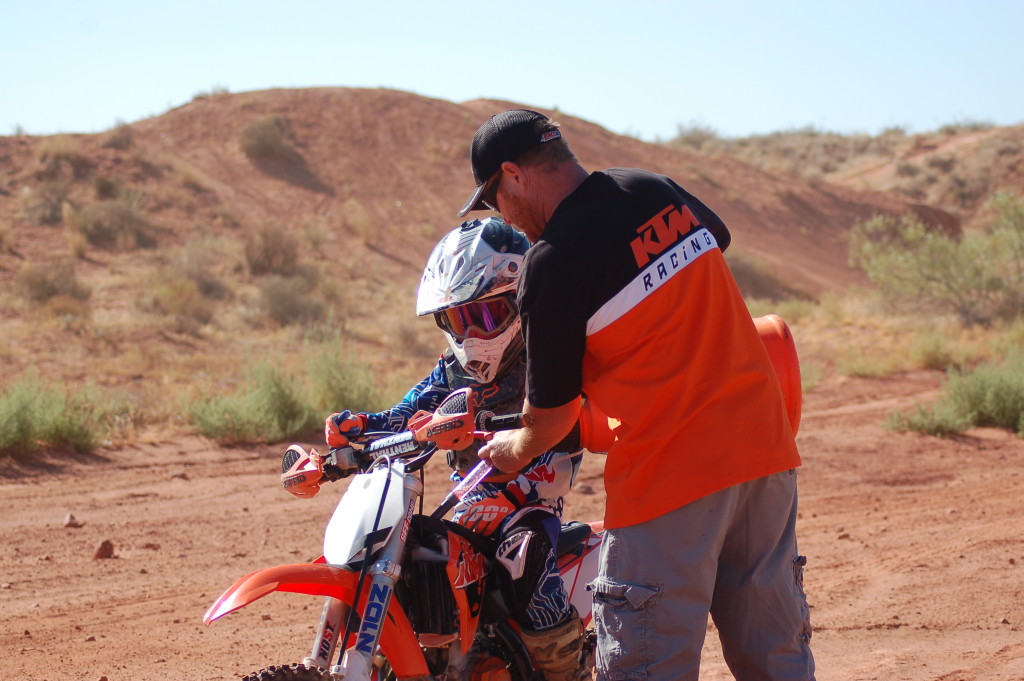 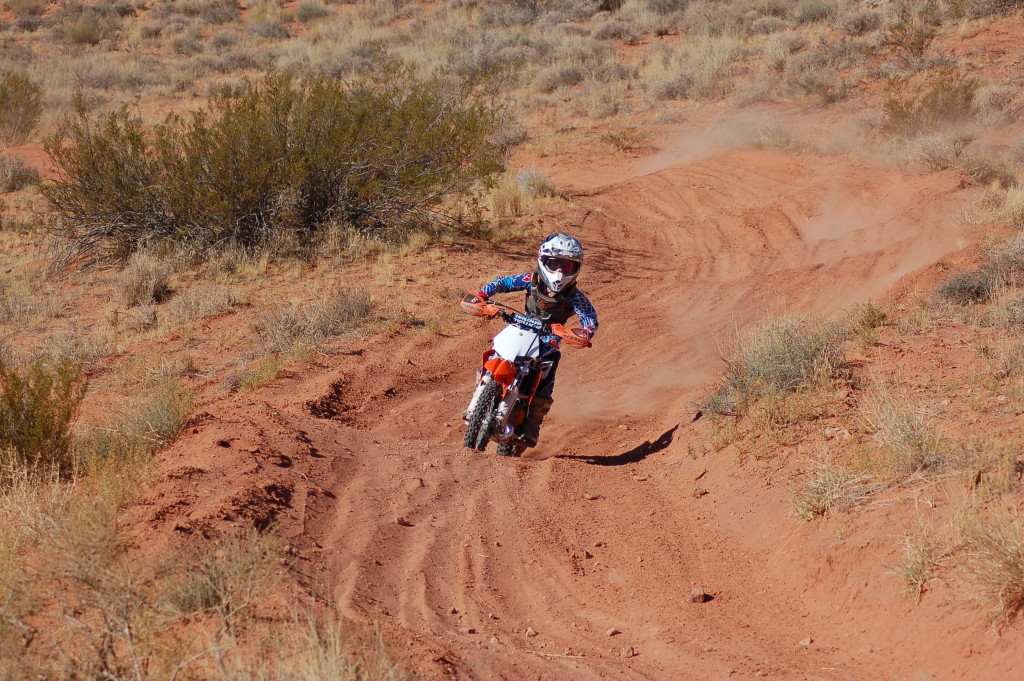 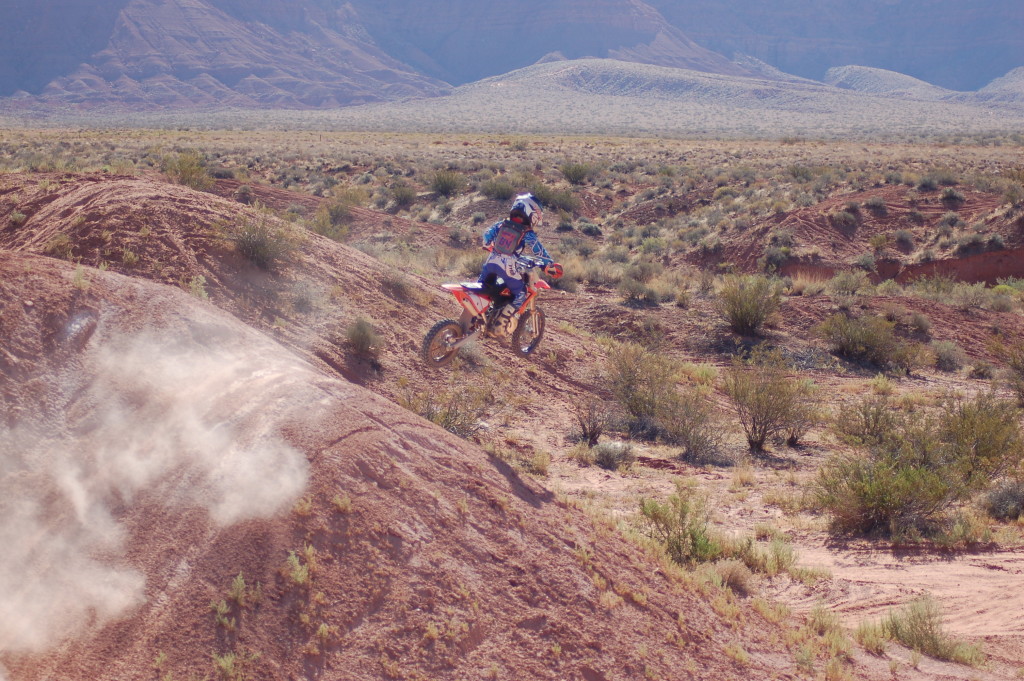 From 9 to 19 years old, 6 local motocross riders preparing to compete at nationals in Tennessee