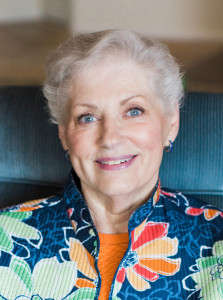 Judy Starr Daniels Lewis peacefully returned to her Heavenly Father on July 14, 2015, after a brief battle with kidney cancer. She was surrounded by her family.

She was born on April 3, 1944, to James Sawyer and Virginia Kay Daniels in Niles, California. She grew up in Seaside, California, attending UC-Berkeley and later earning her registered nurse licensure through Highland Nursing College in 1967.

Working as a nurse at Los Gatos Community Hospital she met many interesting people, including the love of her life, Steve Lewis. After a brief courtship they were married on September 18, 1971, and sealed for time and all eternity in the Oakland California LDS Temple on July 11, 1974.

Together they welcomed eight children into their lives, and she was mother to 10. The family moved to St. George, Utah, in 1987 and Judy went to work for Dixie Regional Medical Center in 1988, serving many residents, neighbors and friends for over 21 years.

Judy said her favorite part of nursing was caring for patients at the bedside and mentoring new nurses. Many will remember her steady hand, her white uniform, sense of humor, and level-headed influence. She was kind and positive about everyone and everything, and known to nurture people, plants and animals of all kinds with great success. She was wise and practical and had several favorite sayings.

Judy joined the LDS Church at 27 years old and remained a strong Latter-day Saint her entire life, striving to exemplify her Savior in all her interactions. Conversations with her often turned to eternal principles and perspective, demonstrating her enduring testimony of the plan of salvation. 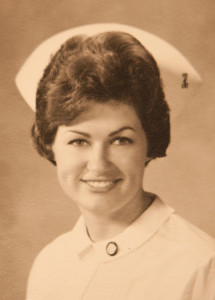 Judy was an avid genealogist, finding many generations of family to link together in the saving ordinances of the gospel.  When not doing genealogy or working on a yard or home project, she would most often be found studying the scriptures.  She had a lifelong love of gospel learning and was a favorite teacher of many.  Even in her final days, her testimony shone as bright as it ever did and she continued to radiate a love and sure knowledge of her Savior and His plan for her.

Arrangements have been entrusted to the care of Metcalf Mortuary.