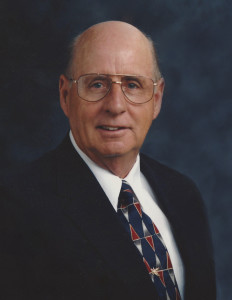 Just before age 18, Richard joined the Navy and served in the Korean War on an aircraft carrier. On September 15, 1951, he married his dear wife, Peggy (Randolph). Together they raised five children in Torrance, California.

Richard worked with his father in construction. Their company, A. H. Bracken and Son, built and remodeled homes and later built church buildings. Eventually, he brought his son Anthony into the company as a partner, and his daughter Laura as the office manager. He always put family first.

Richard was a faithful servant of the Lord. He served as a bishop of The Church of Jesus Christ of Latter-day Saints, Carson Ward from 1975 to 1981. Following that service, he was a member of the Torrance Stake high council, fulfilling the assignment of physical facilities representative. Richard and Peggy served in the Portland Oregon Mission between the years 2000 and 2001. Retirement to Santa Clara, Utah, followed their mission days. Along with enjoying fishing and golf, Richard had an abiding love for his work in the St. George Temple as an ordinance worker.

Richard was preceded in death by his parents, Anthony H. and Irene Bracken, as well as three sisters, Kate Gramlick, Mary Jean Thomas, and Leah Edwards.

Arrangements have been entrusted to the care of Metcalf Mortuary, 435-673-4221. Visit the Metcalf Mortuary website for condolences, complete obituary and funeral listings