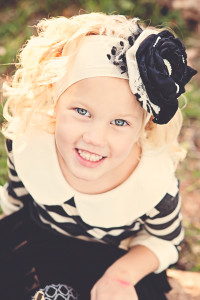 Our beloved daughter, sister, granddaughter and friend, Kycie Jai Terry passed from her father’s arms to her Savior’s arms on July 11, 2015, in her home in St. George, Utah. She was born October 10, 2009, in Richfield, Utah, to Joshua and Jamie Terry.

Kycie had a love for life that was contagious. She had eyes and a smile that could make anyone fall in love.  Kycie loved to be with her five brothers. Her four older brothers she called “my boys” and would try anything they would try. Catch a lizard, build a jump for her bike or swim in the canal. She was ready for adventure hand in hand with her boys. Her little brother she called “my baby” and she loved to push him in a stroller, tell him stories and rock him to sleep. Kycie was perfect in every way, and as her mother put it, “maybe she was too perfect for this earthly life.”

Kycie was diagnosed with type one diabetes on January 30, 2015. That same day she suffered a severe traumatic brain injury as a result of her undiagnosed diabetes.

Kycie spent the next 111 days at Primary Children’s Hospital relearning everything from swallowing to sitting up. At the time of her death, her parents were anxiously awaiting to hear her first word for the second time. While in the hospital Kycie’s strength, determination, and desire to fight like a girl inspired thousands around the world. She reminded us that our Heavenly Father has a plan for each of us.

Kycie is survived by her parents; brothers Bryton, Treyton, Daxton, Keaton, and Boston of St. George; grandparents Mark and Lisa King of Monroe, Ray and Selena Terry of Richfield and Norma and Merle Daniels of Elsinore; great grandma Valeria King of Antimony, Betty Worley of Richfield.

The Terry family would like to express sincere appreciation for the doctors, therapists, and nurses at Primary Children’s hospital and to her doctors in St. George Dr. Marsden and Dr. Thompson.  A heart felt thank you to the thousands of families that prayed and sent Kisses for Kycie.