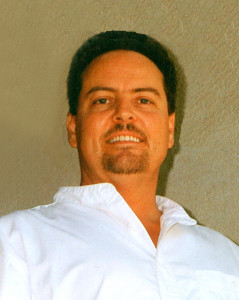 He grew up in Citrus Heights, California, and graduated from Wayne High School in Bicknell, Utah.  After high school he joined the U.S. Army to train in heavy equipment operations.

During his training he was selected to be a member of the “Old Guard” which is referred to as the President’s Own; a ceremonial arm of the army. He had the responsibility of protecting the first family.

He passed strict physical standards to be part of the guard and became a top marksman during his service. Steve had many talents and worked with all kinds of metals and wood. He made jewelry, canes, all kinds of furniture, and knick knacks.

His favorite hobbies consisted of riding motorcycles (he rode his bike through the 48 states), going target shooting, and gardening. He was a true handyman and could fix anything you would put in front of him.

His family notes that he took advantage of teaching moments whenever you were in his presence. This has had a profound effect on his nephews. He was adored by his family, and one always knew when Steve was around. He always made you feel heard and special.

He was a people person and was not afraid to talk to anyone. He could talk to anyone about anything and you always came out thinking he was an expert on the subject.

He also loved his furry companions: Buster, Mr. Bentley, Daisy and Baby. They were like children to him. He loved that they always followed him around while he was in the backyard doing yard work or in his shop working on a project.

He loved his wife Zahandra so very dearly. He always called her his “golden angel.” Over the years he wrote her many letters. In one letter he wrote, “I am real good at taking care of business, trust me. I want to and will be your rock.”

He was preceded in death by his father Carl Hutchings. The family of Steven C Hutchings would like to thank everyone who has shown love and support to us during this very difficult time of this sudden loss of our loved one.