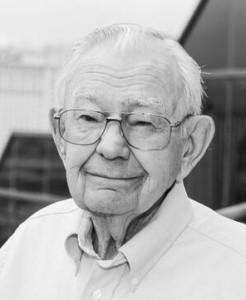 Kenneth R. Prahl, age 79, passed away on June 29, 2015, after a four year battle with a blood disorder known as myelofibrosis. Ken was born February 1, 1936, in Flint, Michigan, to parents, Rudolph and Era Prahl.  He married Gloria Lillibridge in Flint on August 12, 1961.

Having graduated from high school at the age of 17, he joined the U.S. Air Force in 1954.  He was trained as a radar instructor. His position required travel to Air Force bases in the east, west, north and southern parts of our nation.

After four years in the Air Force, Ken was honorably discharged and returned to Flint to enroll in college on the GI Bill. He subsequently applied for and received an electrician apprenticeship with General Motor’s AC Spark Plug Division in Flint.  He worked at AC for thirty years, retiring on January 1, 1990.

Ken was a fine craftsman and artist. Over the years, he enjoyed photography, printing his own pictures, painting with oils and watercolor, metal art often combined with rock art, stained glass, building wooden furniture, creating jewelry of many unique designs and using many different materials.  He was willing to try any medium.  Ken enjoyed sharing his art as a gift to many and often refused to be compensated for his talents.

After Ken and Gloria retired in Ivins, Utah, he became intensely interested in the archaeology of the southwest, spending many hours as a site steward and working with Bureau of Land Management archaeologists in the Arizona Strip.

Ken was a good friend to many people, specializing in bringing a smile to their faces. He was always supportive of Gloria’s career and volunteer ambitions. In the early years of their marriage helping her complete her education and supporting her wish to spend 30 years as a teacher.

Later, after their relocation to Ivins, he supported her efforts as the founder and director of the eSMART  (exploring Science, Math, and Related Technology) Summer Camp for Girls, an effort by the St. George Branch of American Association of University Women to encourage local female students to graduate from college with career skills in those subjects.

Ken spent many, many hours and gave generous monetary gifts in an effort to help eSMART become a success.  In light of Ken’s efforts, AAUW has established the Kenneth Prahl Memorial Fund for donations for the ongoing support of eSMART.

Ken is survived by wife, Gloria, of Ivins, UT, son, Rodney (Amy) Prahl;  grandsons: Shawn Prahl and husband Michael Jankowski, Mitchell Prahl and Logan Prahl all living in the Grand Rapids, Michigan, area; and brother, Larry Prahl of Grafton, Wisconsin. He was preceded in death by his parents and sister, Adeline Falerios.