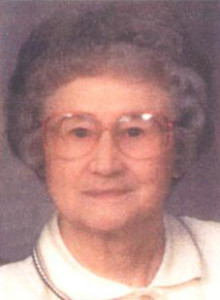 Lee was born Leokadya Adelaide Wojciechowski, to Victor Anthony Wojciechowski and Helena Danielkiewicz on September 30, 1916 in Trenton, New Jersey. Her parents were immigrants from Poland.

She graduated from Trenton Central High School in 1934 and took numerous leisure hour courses.  During the depression she worked at the Heinamann Electric Company for five years, after which she was employed by the New Jersey State Department of Agriculture. When a call came for women volunteers to relieve men for active duty, she entered military service on December 1, 1943. She was accepted into the U.S. Marine Corps and spent two years in North Carolina before being released on December 1, 1945, from Cherry Point, North Carolina.

After her release from the military, she worked for the Veterans Administration in Newark, New Jersey, for seven years before transferring to the U.S. Department of State in Washington, D.C.

On August 10, 1957, she married Edwin Anthony King and lived in Bloomfield, New Jersey and later divorced.  In October 1964, she converted to the LDS Church and lived in her hometown until she moved to Salt Lake City. She served an LDS mission in the Oakland, California region. On return she performed various church callings and was involved in genealogy research.

She was also an active member of the Freeman Institute, later renamed Center for Constitutional Studies, since 1972. She met and married Fenton L. Williams, a patriarch in her ward. They were sealed in the Salt Lake LDS Temple on October 25, 1986. On April 4, 1998, they moved to St. George, Utah. He died October 4, 2001 at age 103.

She is preceded in death by her parents and three brothers; Victor, Thaddeus and Casimer.