ST. GEORGE — The Rocky Mountain Football League will kick off the first round of playoff games this Saturday. The Zion Lions finished the year undefeated and have the No. 1-seed in the Southern Conference. They will host the first round against the Brigham Sting. 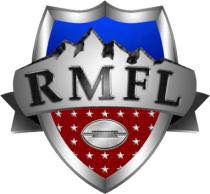 “Our format has evolved this year,” said RMFL Director of Operations Doug Cook. “The first round will be seeded within the conferences. Round two will pit the winners from the two conferences against each other. The championship game will feature the winners from round two.”

Outlook: The Gladiators have lost twice to Laurel this season, but both games were close. The winner of this game likely gets the Revolution in the second round as a prize. The Rev scored 60-plus against both teams in seasonal matchups. Look for the Loco Express to get their third win against the Gladiators. They are riding a four game winning streak.

Offense: Spread Offensive Average: 21.7
Defense: 4-3 Defensive Average: 17.0
Key Players: Starting quarterback Chase Monson will not play this week. Jeb Harrison will be at the helm. Running back Tyson Katseanes will return after being injured earlier this year.

These two teams split their season match-ups, with both games decided by one score. Only 25 miles separate their home fields. “They have a lot of players that used to play for us,” said Idaho’s Bronson French. “It is a rivalry game and a tough match whenever we face them.” The Anarchy have won the last four times they have taken the field. The Mustangs lost two out of their last three. The Anarchy wins and then the league hopes and prays they don’t forfeit for a second time against Zion.

Offense: Multiple Offensive Average: 37.4
Defense: Pro 4-3 Defensive Average: 11.6
Key Players: Misi Tupe, the likely player of the year, leads the league in rushing and is in the top three in passing. (Despite losing a full game statistically to forfeit.) The second leading rusher in the league is the Lions running back Sione Tapuosi. None of the receivers are among the league leaders in receptions for two reasons. One, the forfeit, and two, Tupe has talent five-deep at receiver — Dalton Groskreutz, Tanner Wood, Viliami Hafoka, Brennan Adams and Josh Ford. He spreads the ball evenly. The unheralded offensive line is probably the best unit on the field. Defensively Vince Feula and Doug Roberts bookend the line. The linebackers are led by Matt Feula and Isaac Katoa. Defensive backs Ryne Wall and Trey Smith lead the team in interceptions.

The Lions beat the Sting in their last game of the season, 34-20, after taking a 27-0 lead in the first quarter. This time the Sting travel to St. George. The game will not be as close. The Lions want to close out the year with a championship and they want to do it in convincing fashion. Tapuosi will not play this week, so Michael Matalolo, Matt Feula and even Brandon Thompson could get carries at RB.

Wasatch took the season matchup 13-0 in a downpour. “Neither team could really do what we wanted,” said Utah Shock’s Kyto Khouangrasvongsay. “(Wasatch) scored early on a long run. It was then back and forth before they added an insurance score late in the fourth.” The Shock is only one of two teams that the Revolution did not beat by more than 30 points. Wasatch is not as dominant as they have been in years past on defense, but their offense continues to roll. This is only the second time in league history that these perpetually top teams have met in the playoffs. The only other time was the 2009 championship game when the Rev won a shootout 49-32. “We both always make the playoffs, but have always been in opposite brackets,” said Khouangrasvongsay.