CEDAR CITY – Emotions were high in the Cedar City Council Chambers Wednesday night as a group of residents who live in the unincorporated Iron County area near 6800 North demanded the city take responsibility for constant noise over their houses since Upper Limit Aviation came to town.

The four residents who attended the meeting said they were there to represent their entire neighborhood, but in the future they would be happy to bring along everyone in the area who has had enough of the noise. There would be enough people to fill the room and then some, homeowner Howard Maize said.

Maize, who was the spokesperson for the group, said the sound has become so loud and so frequent that it has begun to disrupt their everyday way of life.

“They fly low, they fly slowly and they are very loud,” he said. “Most of us are retired or semi-retired, and this is a constant nuisance.”

One resident has been keeping a log, noting every time a helicopter has flown over his house, Maize said, and he has been keeping a video log. Based on his calculations, helicpoters are flying over an average of six to eight times a day

Their homes are also near a substation that residents hear humming all day and night every day of the week, Maize said, explaining they have come to terms with that already. They will not rest easy, however, until this helicopter matter is laid to rest with what they believe would be a fair compromise, he said.

The angry residents have been shuffled back and forth between the city and the county so many times they’ve lost count, Maize said, and it has become beyond frustrating. It is their contention that since the business dwells within the city’s borders, this should be a matter of the city placing restrictions that would help mitigate the circumstances.

“There’s places out towards Enoch, there’s places all over,” he said. “This is such a wide open area that for them to pick one area for their flight path every single day – I can’t see any reason for it.”

The reason the helicopters follow the flight pattern they do is because all aircraft is required to use a specific path designated by the Federal Aviation Administration, Cedar City Regional Airport Manager Jeremy Valgardson said. That path is called a VOR, which means a very high frequency omnidirectional range, and it acts as an invisible highway in the sky.

VORs are established by the FAA, Valgardson said, and have been carved in stone since some time in the 1930s. The current VOR for the Cedar City Regional Airport goes almost directly over the homes of the disgruntled residents within about a mile.

While the residents respect the school and appreciate the economic boost in the community, resident Larry Flick said, some common consideration for the residents in the area would not be too much to ask.

One suggestion he offered was to give at least one day of rest to the neighborhood so community members can have family gatherings and barbecues that go uninterrupted for a change.

“This helicopter thing is a business,” Flick said, addressing the council, “and it’s you guys’ job to set rules for that business, and it seems like a curfew from 7 (p.m.) to 7 (a.m.) would be real nice, and if they could give us one day on the weekend off.”

Representatives from Upper Limit are currently working with the FAA to reduce the required hours of completion, he said, so students can complete their required training without increasing the hours helicopters are in the sky.

The idea that the flight school would increase the number of students, even if they decrease the required hours, was of no comfort to Maize. It’s gone from bad to worse in his mind, he said.

While decreasing hour requirements would keep the number of flight hours similar to what they are now as student numbers go up, he said, the frequency of flights over his home would increase.

Upper Limit Aviation has been an indispensable tool for law enforcement in the community on more than one occasion since they opened, Iron County Sheriff Mark Gower said. Living near the airport, he said, he could sympathize with the residents’ frustration; but, overall, he is grateful they are here and hopes they stay.

One audience member suggested using simulators to help gain hours of experience, but that was shot down quickly by one of the flight school’s teachers, who explained that simulators do not equal flight hours in the eyes of the FAA.

“Sounds like excuses to me,” said one man, who was seated in the crowd.

After nearly an hour of discussion, it was agreed the flight school would take Maize on a flight to show him the flight patterns and explain the training to him in hopes of achieving mutual understanding.

There was no actual resolution reached by the end of the public discussion and, for now, the school has made no promises to make changes to the schedule to allow for a day off.

The residents and school representative have agreed to meet on their own time and discuss possible options to try and find middle ground. 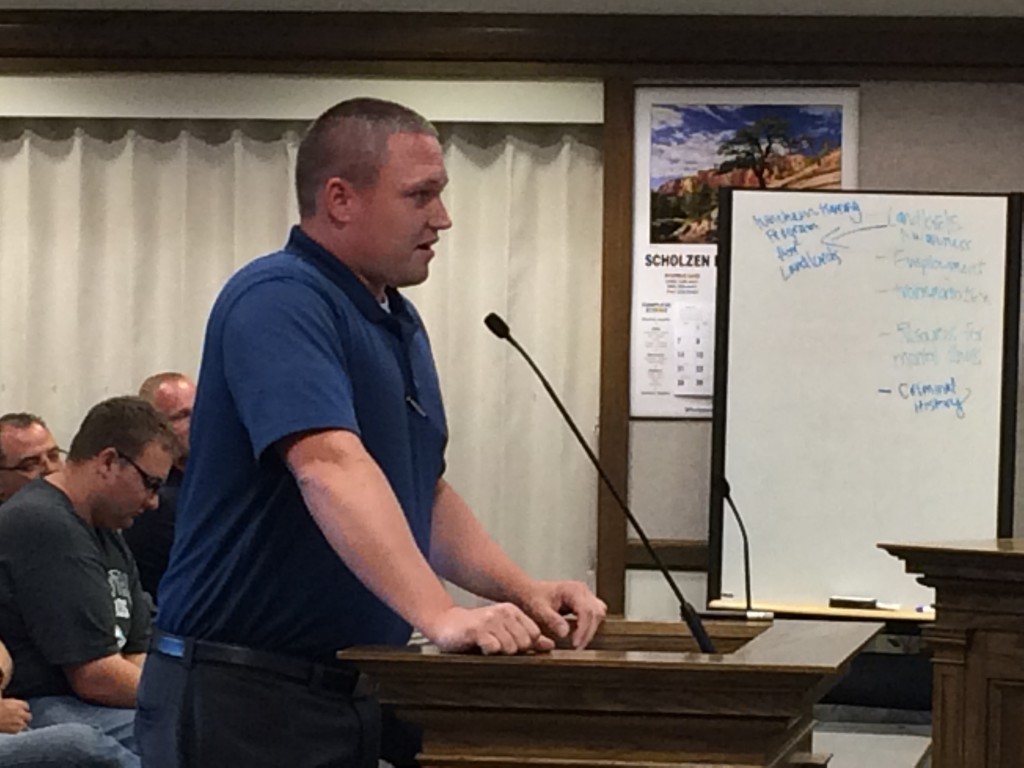 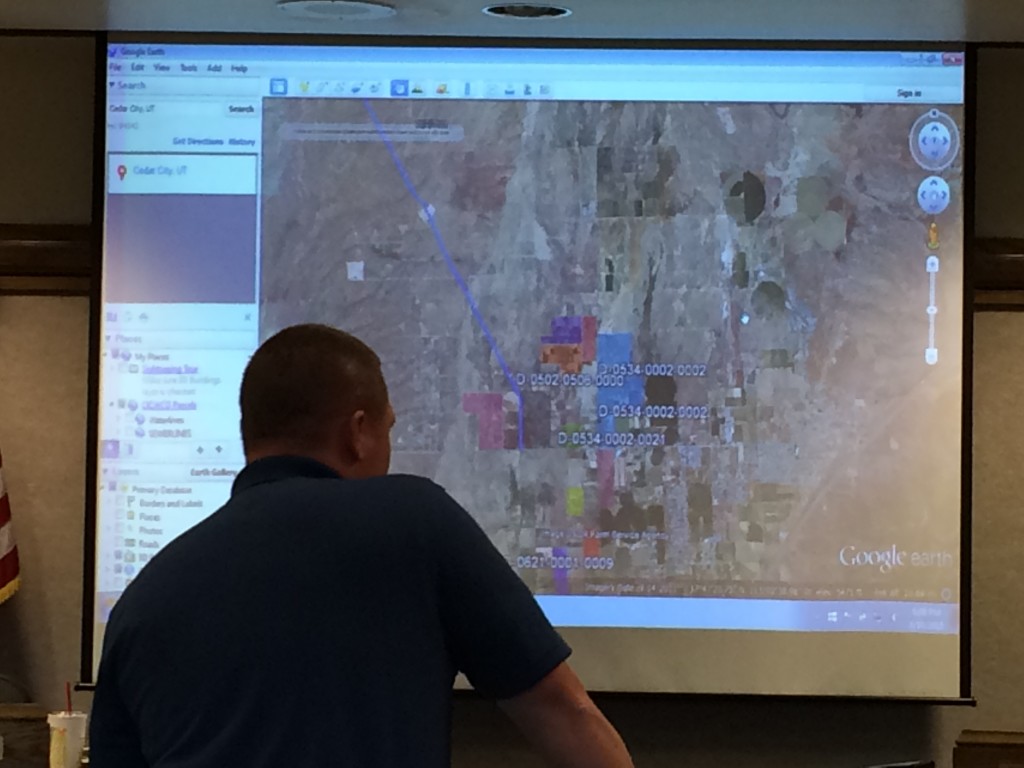 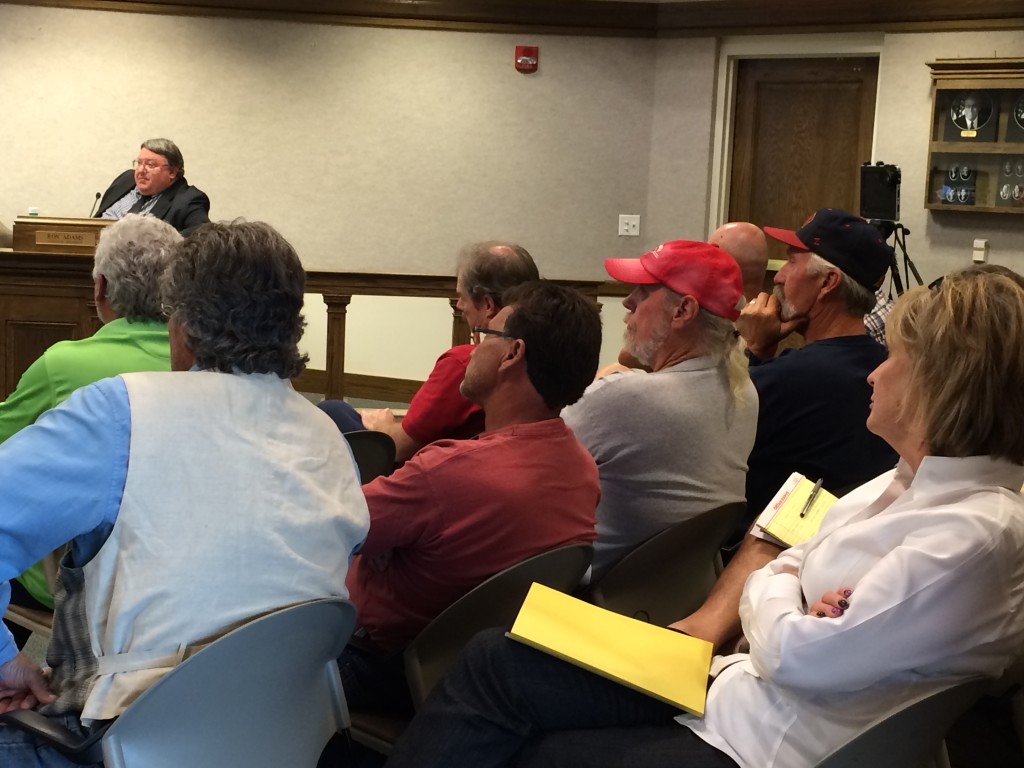 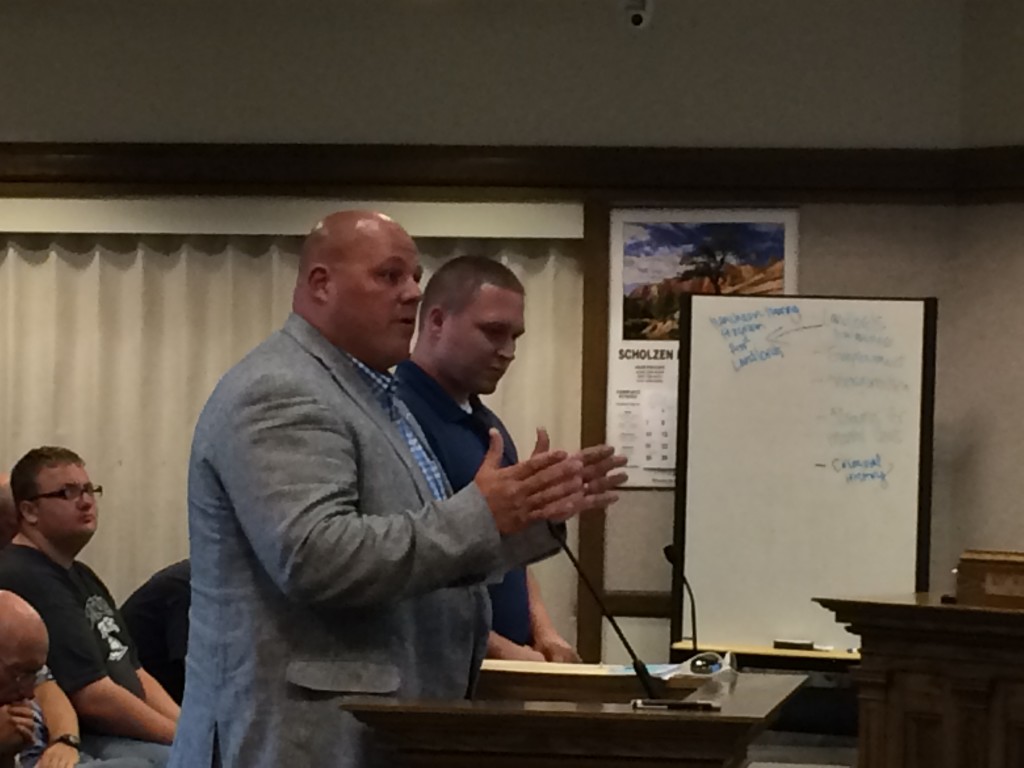 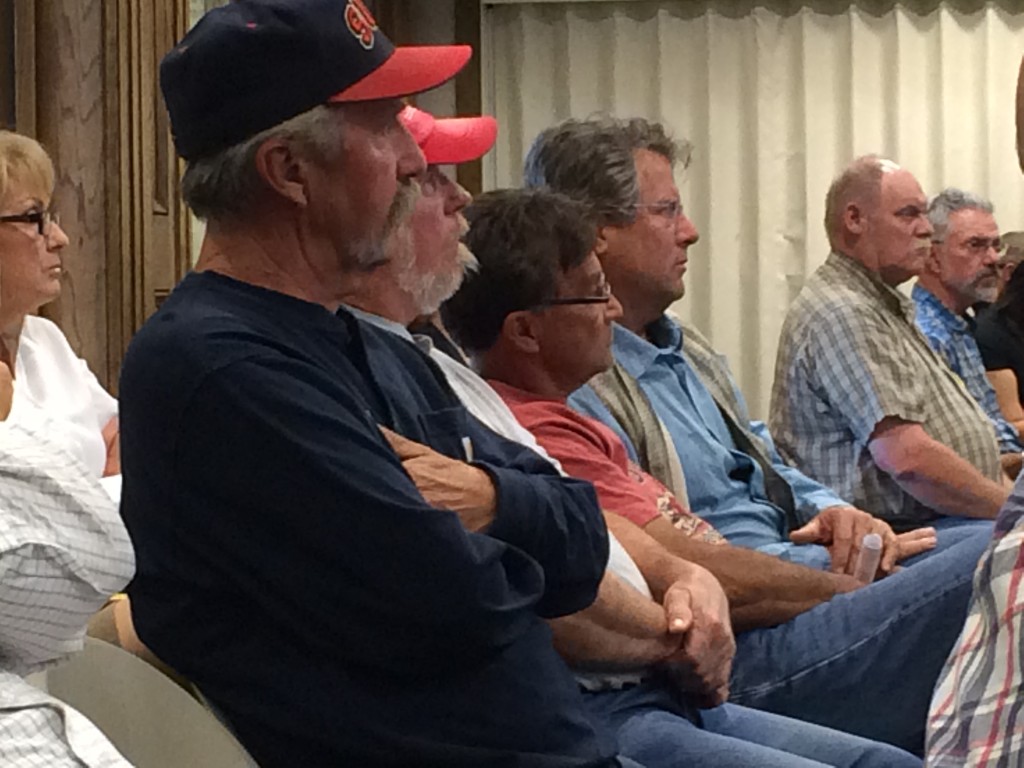 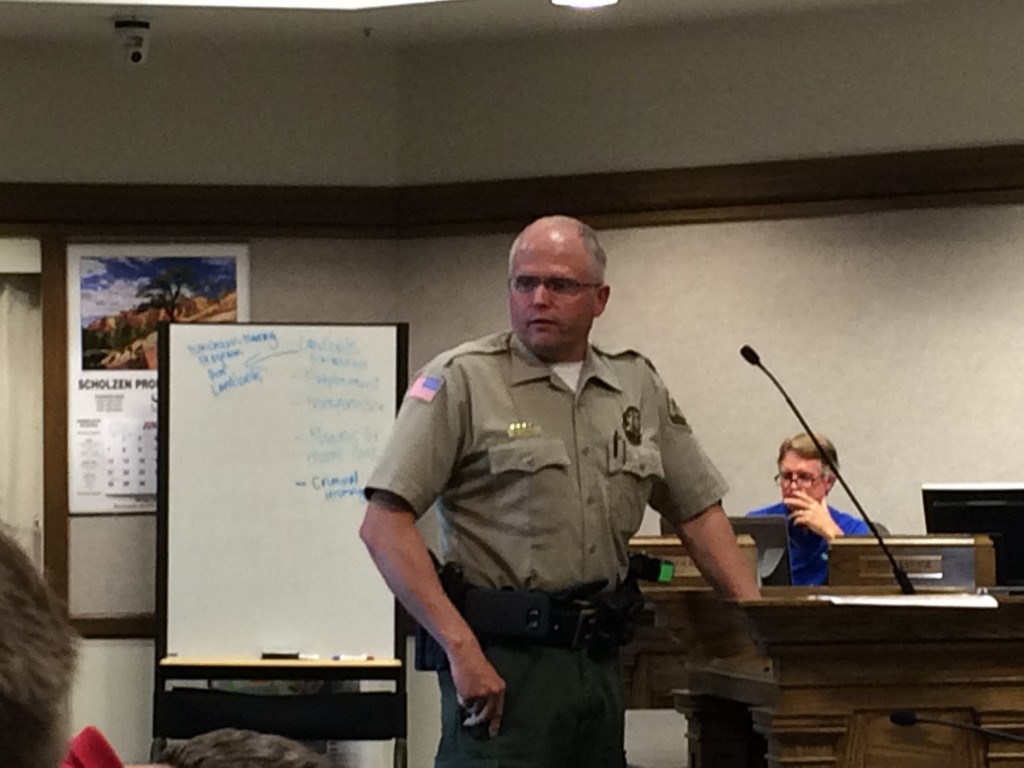 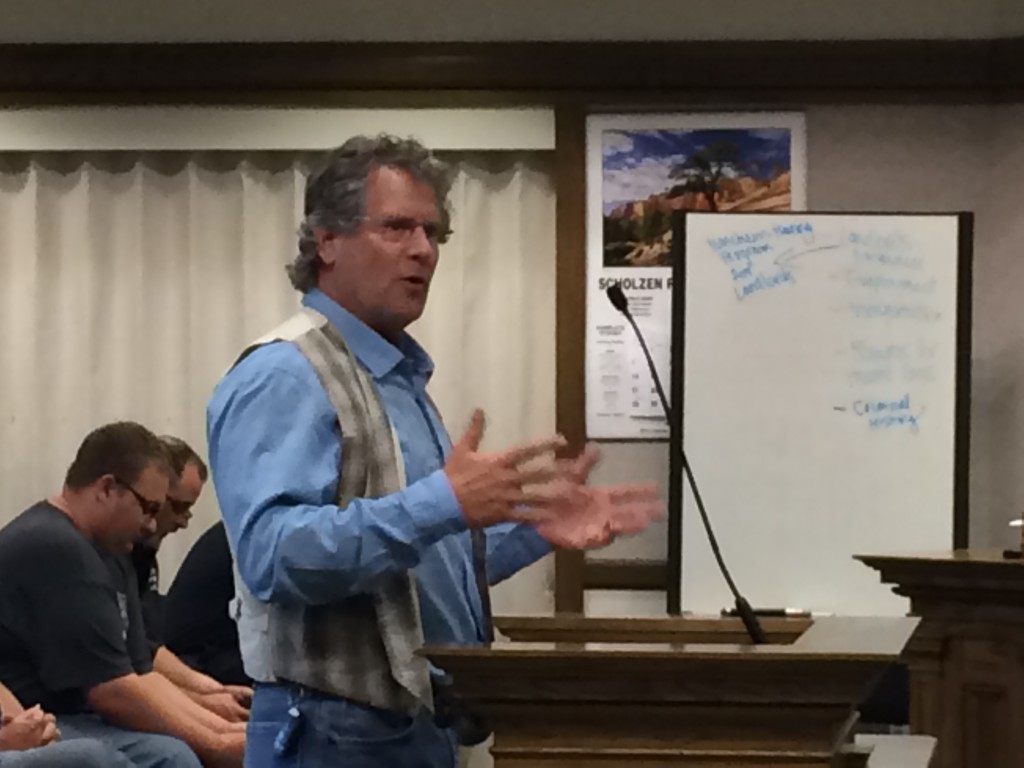