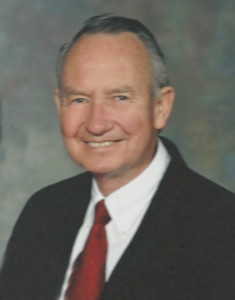 Dad was sincere in his passions, treasured his family and prone to a bit of playful mischief. His first memories are of living in Los Angeles during WWII and hearing the warning siren’s indicating that a bomb raid was overhead. The family soon moved to Provo, Utah, where Dad grew up on Cherry Lane at the foot of the Provo Mountains. He loved riding his horse up into the foothills. A graduate from B.Y. High, he later attended Utah State University earning a business degree. During this time, Dad earned his pilot’s license and funded his education by teaching flying lessons. Flying was more than a job to dad as his flight log is full of entries for “scenic flight.”

Dad took great pride in serving his country, with multiple enlistments in the Utah Air National Guard. He was soon swept off his feet by Miss Franklin County, Anna Lee Fisher. They were married in the Logan Temple on March 8, 1963, and had three children. 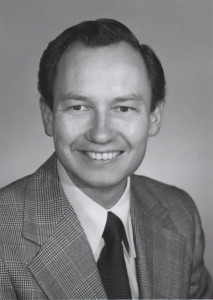 The most important things in Dad’s life were his family, working hard, and doing things for others. He worked in the insurance business most of his life, owning an Allstate Agency. After moving to St. George, he went to work for his daughter-in-law, well past retirement age, at the Richens Eye Center. Getting up every day and having a purpose and a goal were very important to him. He had an entrepreneurial spirit and was always dreaming up big ideas – he always had a yellow notepad nearby to jot down notes.

Spending time with family was always a priority. Dad set aside every Saturday night to take the family to Pizza Oven. He was at every baseball, softball and soccer game and always had an encouraging word.

The family would like to express their sincere appreciation to the home health nurses and medical staff at Dixie Regional Medical Center who assisted him in his final days. Online condolences can be sent on the Spilsbury Mortuary website.