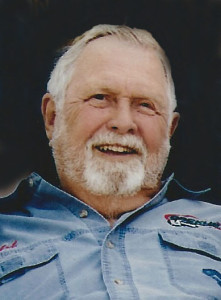 At a young age he joined the U.S. Army and was very proud of his military service. He married Norma Lee Curtis in August 1956 and they later divorced.

He was a man who was self-taught and exhibited an entrepreneurial spirit. Arthur loved to travel and enjoyed traveling around the world. He was a private pilot, and at one time owned an airplane.

He began repairing and supplying typewriter ribbons which evolved into starting his own business, Backus Office Supply, Inc. which he ran until the year 2000 when he closed the business. He came to St. George in 1990 on a part-time basis, and eventually became a permanent resident of Sun River in St. George where he enjoyed the last few years of his retirement.

He was a member of the LDS Church.

Arthur enjoyed spending time with his family and grandchildren.

He was preceded in death by his parents and son, Arthur Sherman Backus.