WASHINGTON — Southern Utah has become the pickleball capital of the world and Washington City is joining in on the sport’s success with a three-day indoor pickleball tournament at the Washington City Community Center, beginning today with the Summer Indoor Pickleball Smackdown. 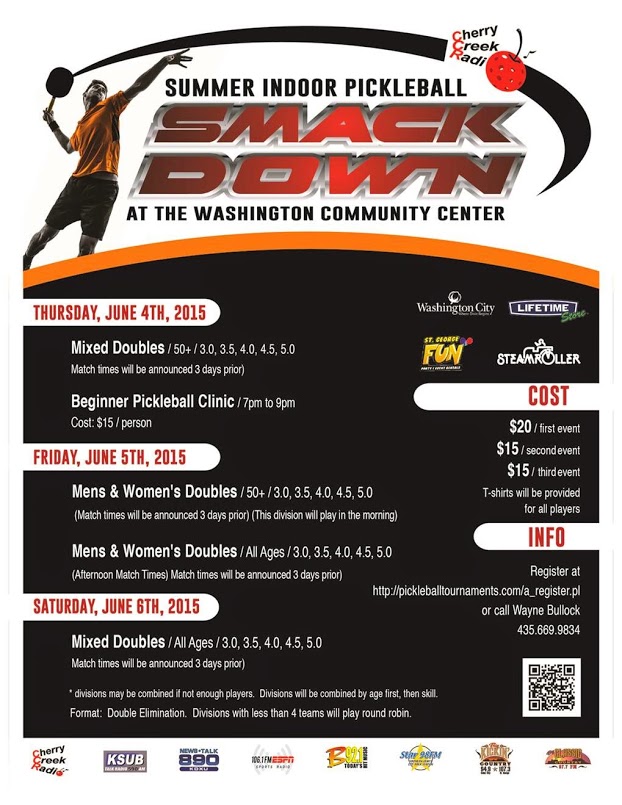 Mixed doubles tip off the event today at the WCCC, followed by a beginners pickleball clinic tonight from 7-9 p.m.

The most popular division, the mixed doubles, will compete Saturday with agi and skill level divisions.

The event is double-elimination, so all competitors will be guaranteed at least two matches. Cost is 20 dollars for the first event and 15 dollars for all others. Competitors get a t-shirt and prizes are awarded for the winners. To register, click here or call Wayne Bullock at 435-669-9834.