ST. GEORGE – A three-car accident Monday snarled lunchtime traffic at the intersection of River Road and Riverside Drive, but left all three drivers and their five young passengers uninjured.

At about 11 a.m., a red Ford F-150 pulling a landscaping trailer was traveling southbound on River Road approaching the light at Riverside Drive. The light turned red, but the truck continued through the intersection, St. George Police Officer Jamison Hale said.

“The driver told me he looked down, he saw that it was red, he couldn’t stop, he thinks it would be better for him to just go through the intersection,” Hale said.

As the driver traveled through the intersection, the Ford was t-boned by a silver Pontiac Torrent that was traveling eastbound on Riverside Drive. A Hyundai Santa Fe following the Torrent was unable to stop, and struck the back of the Torrent, Hale said.

“Nobody complained of any injuries, so that’s amazing,” Hale said.

The Torrent came to rest in the middle of the intersection, shutting down one northbound and one southbound lane of River Road, and the center turn lane on Riverside Drive. Traffic was impacted for about 30 minutes as police officers and firemen directed traffic and cleaned up the scene.

Hale advised drivers to be vigilant while driving, and pay attention to the traffic signals,

The driver told police he was talking his young passenger, Hale said, which means he may not have been paying attention, and keeping his eyes and head in the traffic. 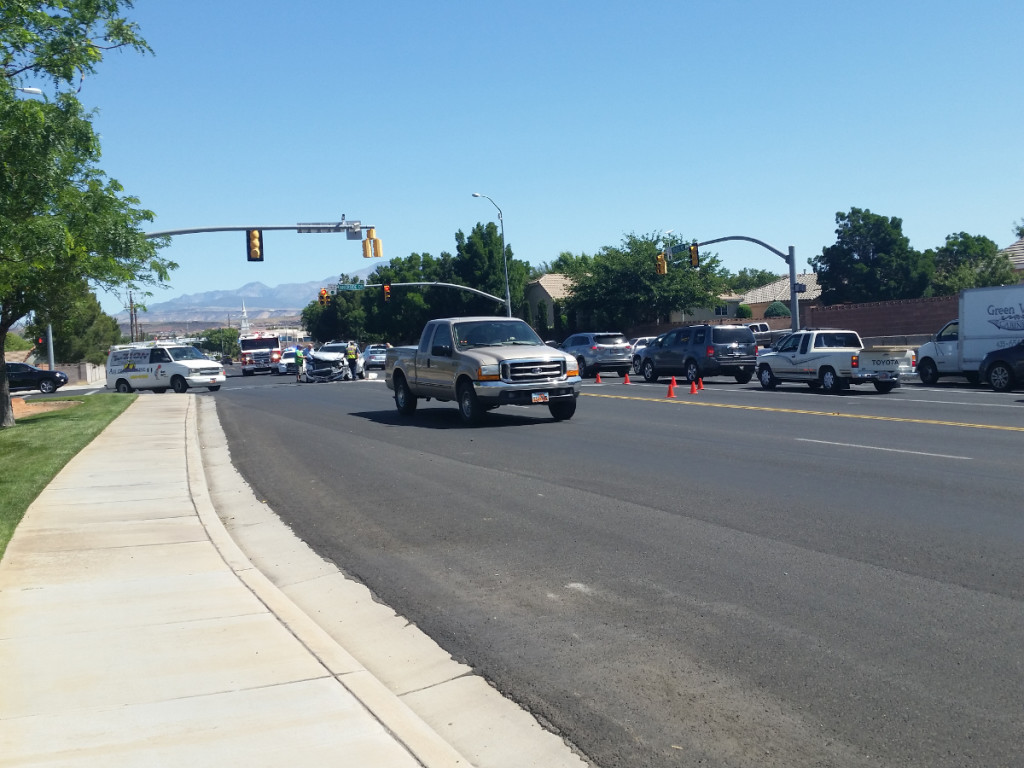 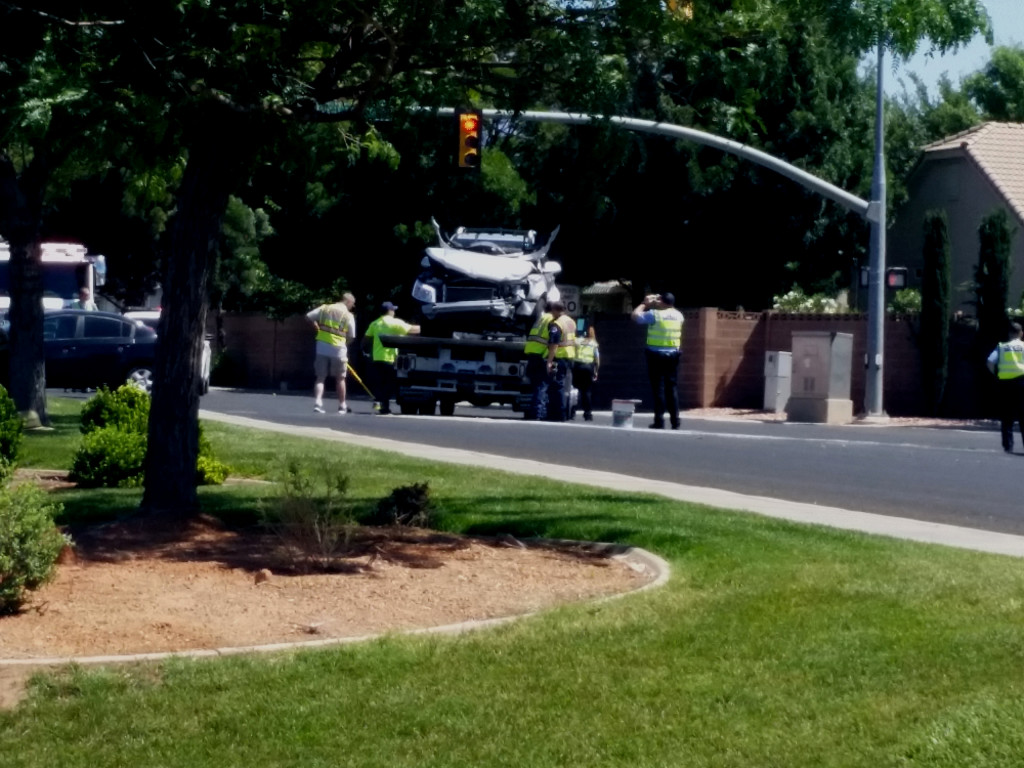 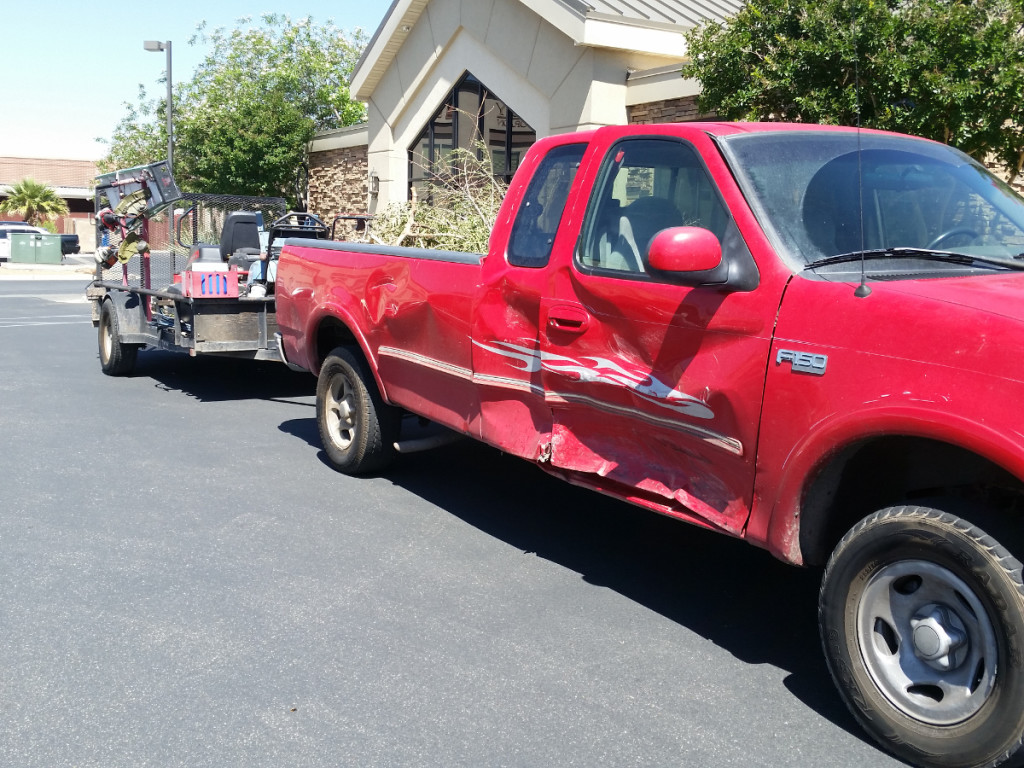 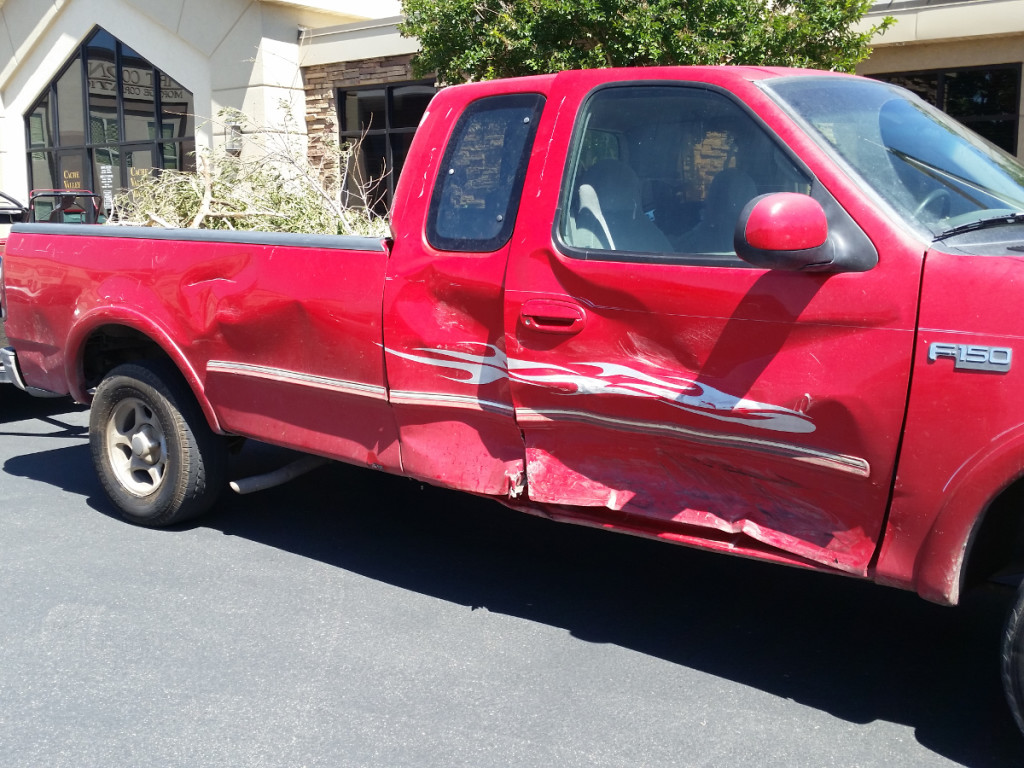 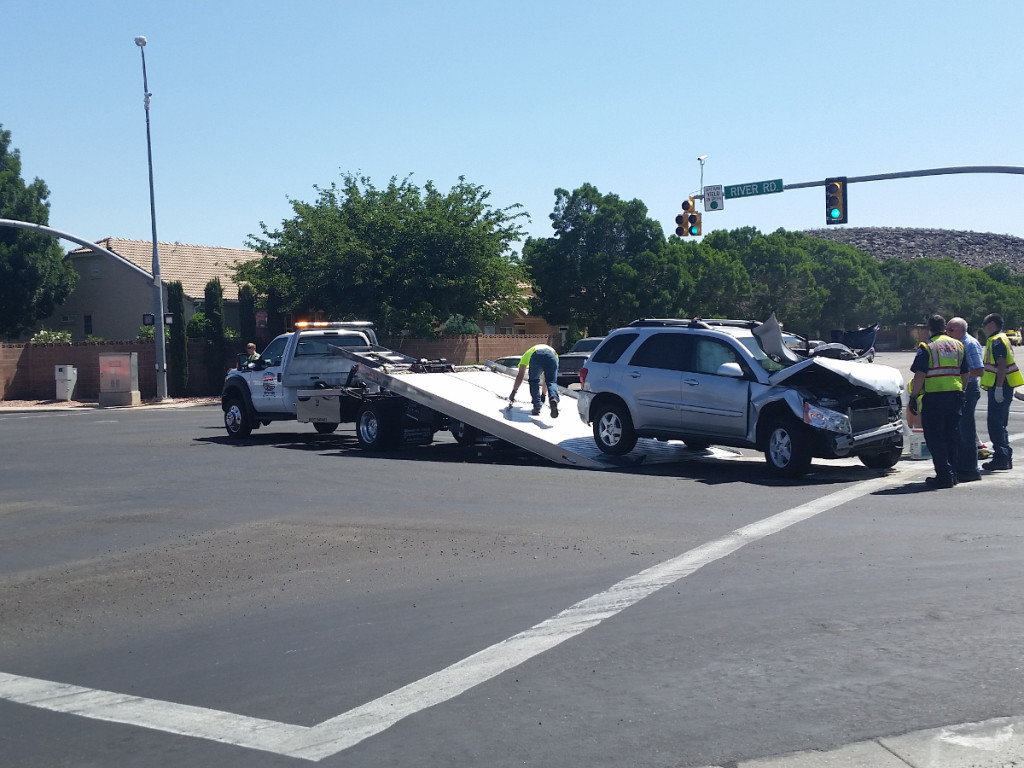