WASHINGTON COUNTY – There sits a bench hewn of rock on the Paradise Rim of Washington County’s Red Cliffs Reserve that offers 360-degree vistas of Pine Valley Mountain, Snow Canyon, downtown St. George and beyond to the prominent red and white bluffs of Zion National Park – a bench set this Memorial Day weekend in remembrance of Dr. Paul Navar who died of a massive heart attack on that spot in 2009.

Paul Navar was 52. He had stopped at the rim to rest from bike riding the Chuckwalla Trail, a favorite his family said he rode almost daily.

It’s not about how long you live, it’s about how well you live.

Paul Navar’s life motto inscribed on the front of the bench reverberates a quiet but audible echo to his life well-lived. It is as if he is there, resting, reminding those who pause, “It is OK. Live on. Live well.”

Saturday, Paul Navar’s wife, Marsha Navar, two of their three children, Allison and Kirk Navar, and Grant Fines, who brought new love to Marsha Navar after a long time of lamentation, joined soon-to-be Eagle Scout Andy Day and his parents, Jay and Julie Day, at the bench to give it their blessing and to pause in remembrance.

Thanks were full on the Navar side for the achievement of Andy Day in making the bench his Eagle Scout project, prevailing upon the Bureau of Land Management for approval to place it there – approval for a monument the BLM had denied Marsha Navar in the aftermath of Paul Navar’s death six years ago.

Consideration was thoughtful on the Boy Scout’s side for a project that, Andy Day said, had more meaning than many Eagle Scout projects offer. It gave him life lessons in leadership, he said.

It was an emotional respite at the overlook Saturday, but dignified and softly joyous.

Allison Navar was 20 when her dad died. She has since been through law school, passed the bar and has worked with attorney Jeff McKenna in St. George. McKenna inquired how her father died, she said, and when she told him, he, being a mountain biker himself, offered the idea of a bench there in Paul Navar’s honor.

But Friday, about 2 miles of those trails – Chuckwalla, Turtle Wall and Paradise Rim – lent pathway to wheelbarrows as Boy Scout Troop 1827 pushed and guided the bench to its destination.

The bench, paid for by the Navar family, was set in place by the Scouts, and Saturday called for a return trip to complete the project, epoxying the seat to its foundation.

Andy Day and family; Marsha, Allison and Kirk Navar; Grant Fines; and a few friends wound their way up and down the alternating dirt and rock paths again to visit the bench, offer reflections and give it their blessings.

The smooth but rugged bench embodies a life lived well, that of a man whose personal and professional pastimes were inseparable. Paul Navar was a healer, a protector and a leader.

He was the consummate outdoorsman, an expert climber, mountain biker, golfer, heli-skier, pilot and dirt biker, among other things. He loved his family. Paul and Marsha Navar met in high school in El Paso, Texas, married while he was in medical school and raised three children primarily in St. George, where they moved in 1999.

The day he died was the eve of opening a new and larger space for Paul Navar’s medical practice. His career as a doctor started in the emergency room. He later opened an age management practice in St. George, which culminated in a bio-identical hormone replacement and overall wellness specialty.

“We were opening a new, bigger office because his practice had grown so much,” Marsha Navar said. “People were coming to him from all over the country because he had written a very well-received article in ‘Life Extension’ magazine. After the article, which came out in ’07, we became crazy busy.”

The Navars’ eldest son, Jon Paul Navar, then 24 and today a doctor himself, related at his father’s memorial service in 2009 how he once tried to trick his dad with a trivia question: “Whose heart beats more: an elephant that lives for 10 years, or a mouse that lives for 3 weeks?” His dad immediately knew the answer, Jon Paul said; they both beat the same number of times.

The heart of a human who lives to 72 years of age will beat 2.6 billion times, but I’m sure my father’s beat more than 3 billion times in his 52 years of life because of how much he enjoyed life.

Jon Paul Navar joined his mother for a visit to the bench on Paradise Rim Sunday.

Marsha Navar continues to care about health and wellness, as she did alongside Paul Navar. Two years after her husband’s death, Marsha Navar met Grant Fines, and their relationship blossomed. Today, they own and operate Marsha’s Products, which prepares and sells raw food goods made from Marsha Navar’s personal recipes. 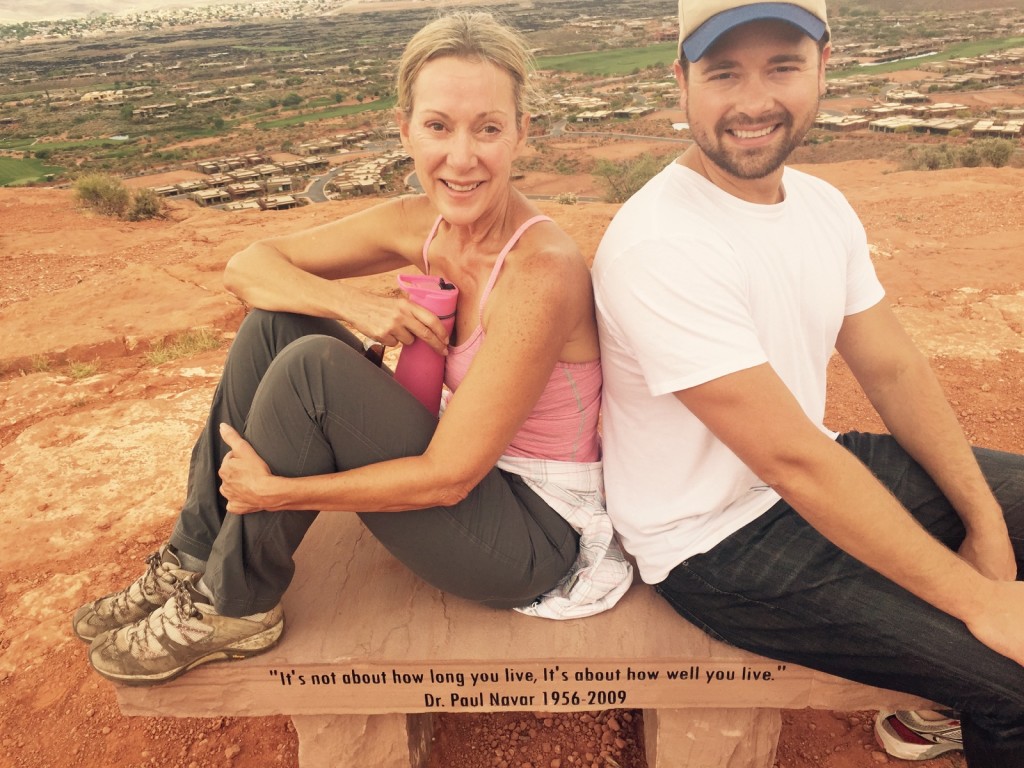 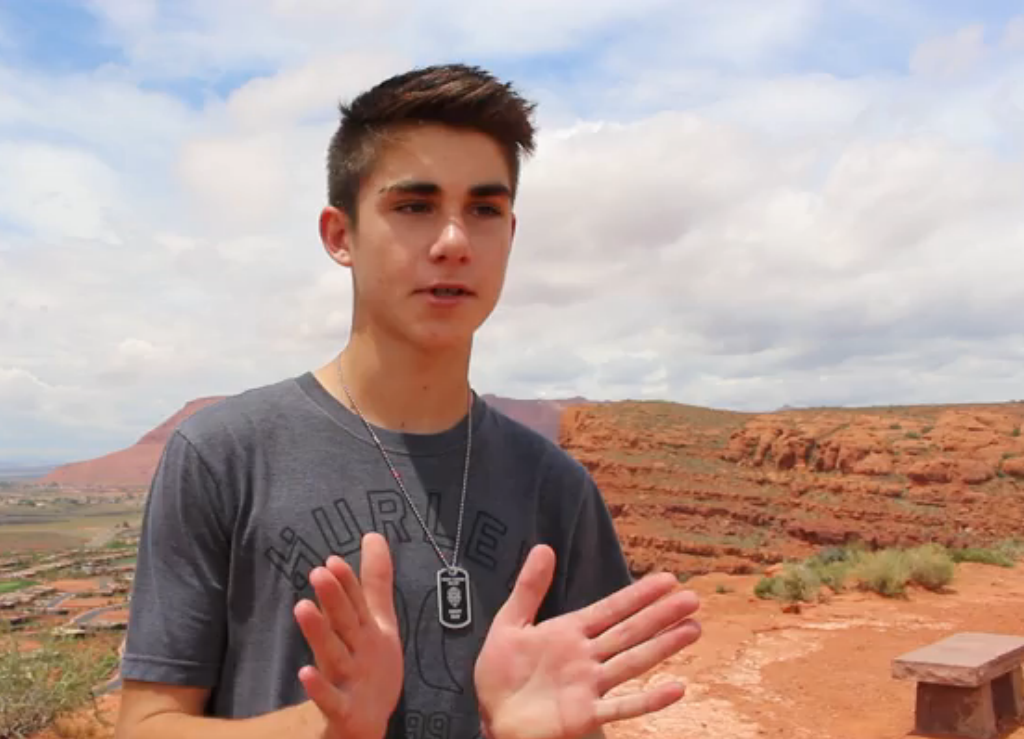 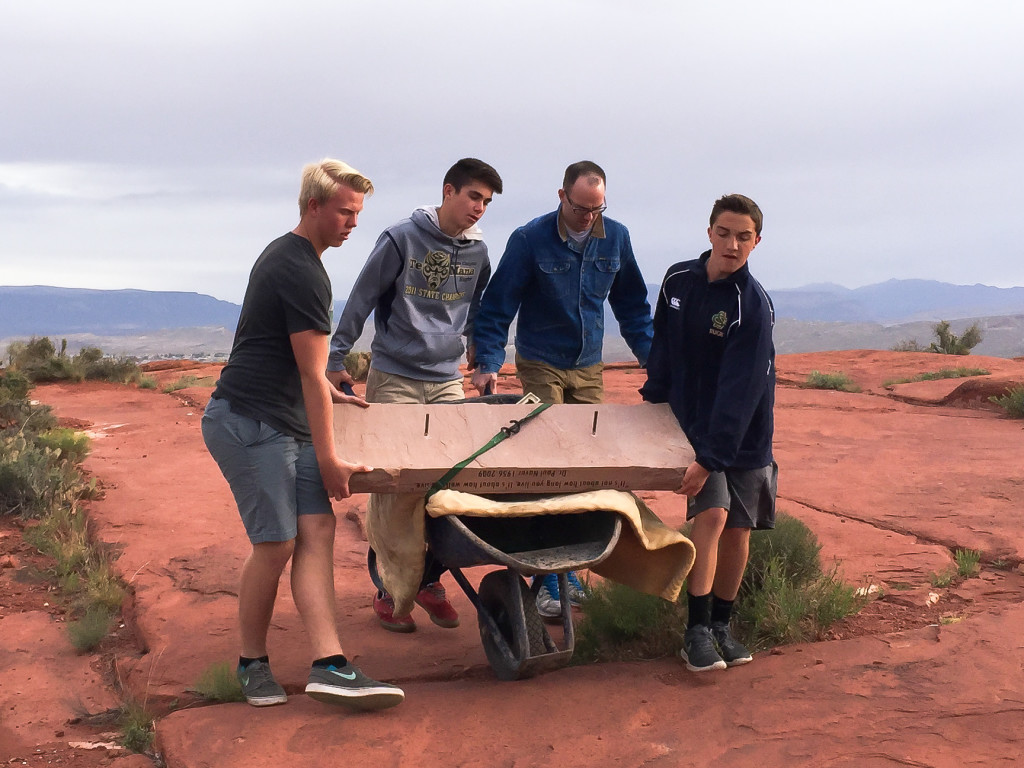 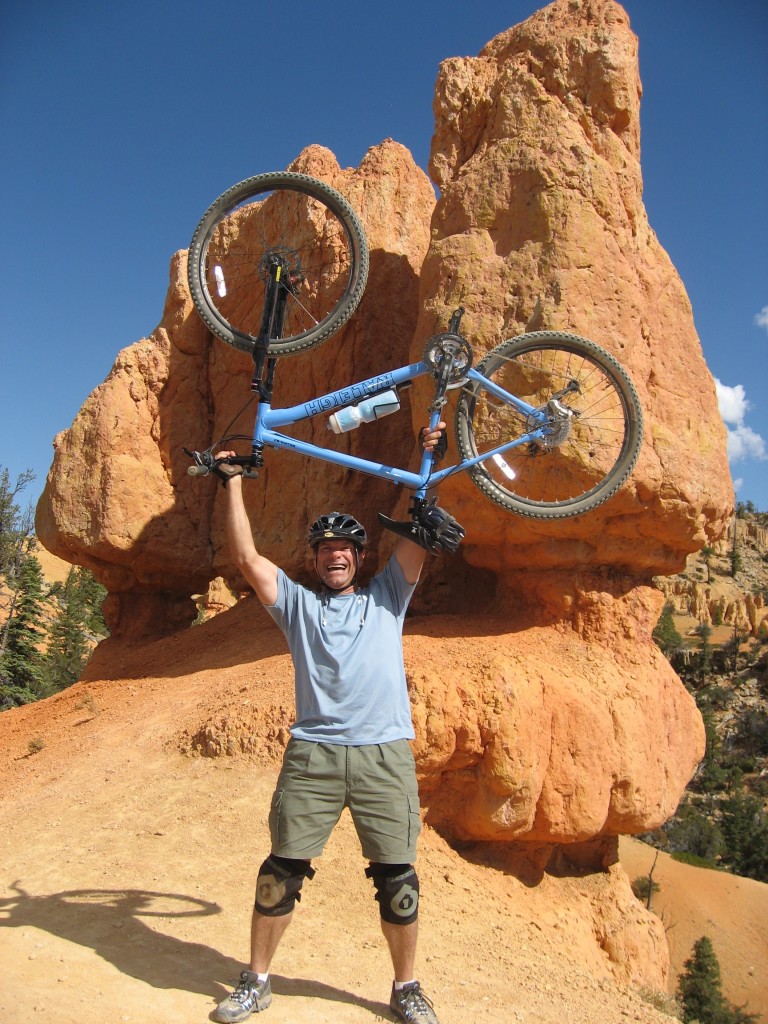 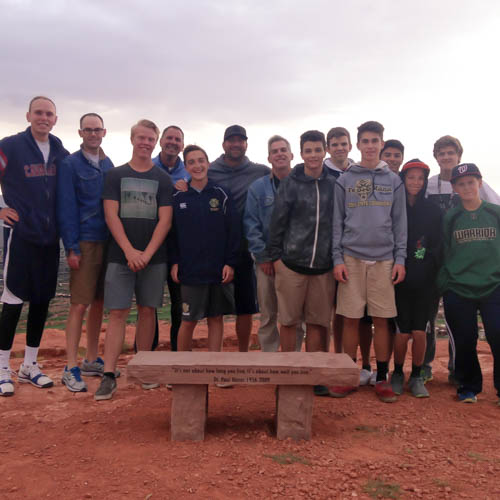 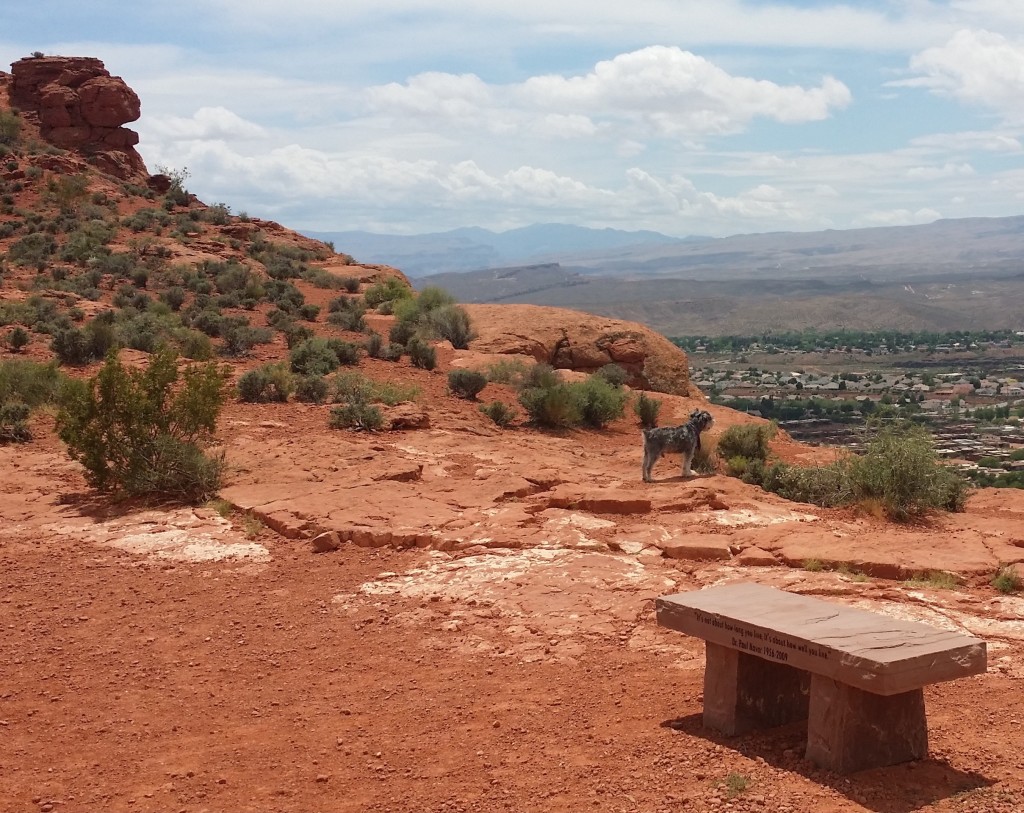 Bench in memorial to Dr. Paul Navar on Paradise Rim, where he died of a heart attack, inscribed with one of his life-mottos: "It's not about how long you live, it's about how well you live." Red Cliffs National Recreation Area, Washington County, Utah, May 22, 2015 | Photo by Joyce Kuzmanic, St. George News 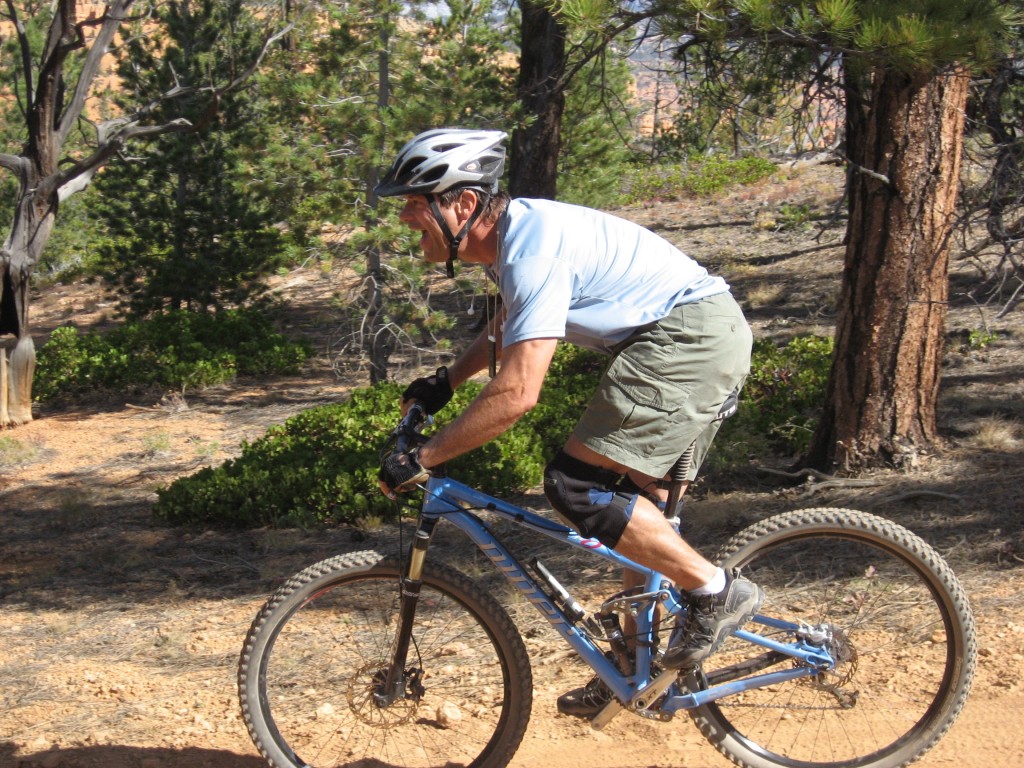 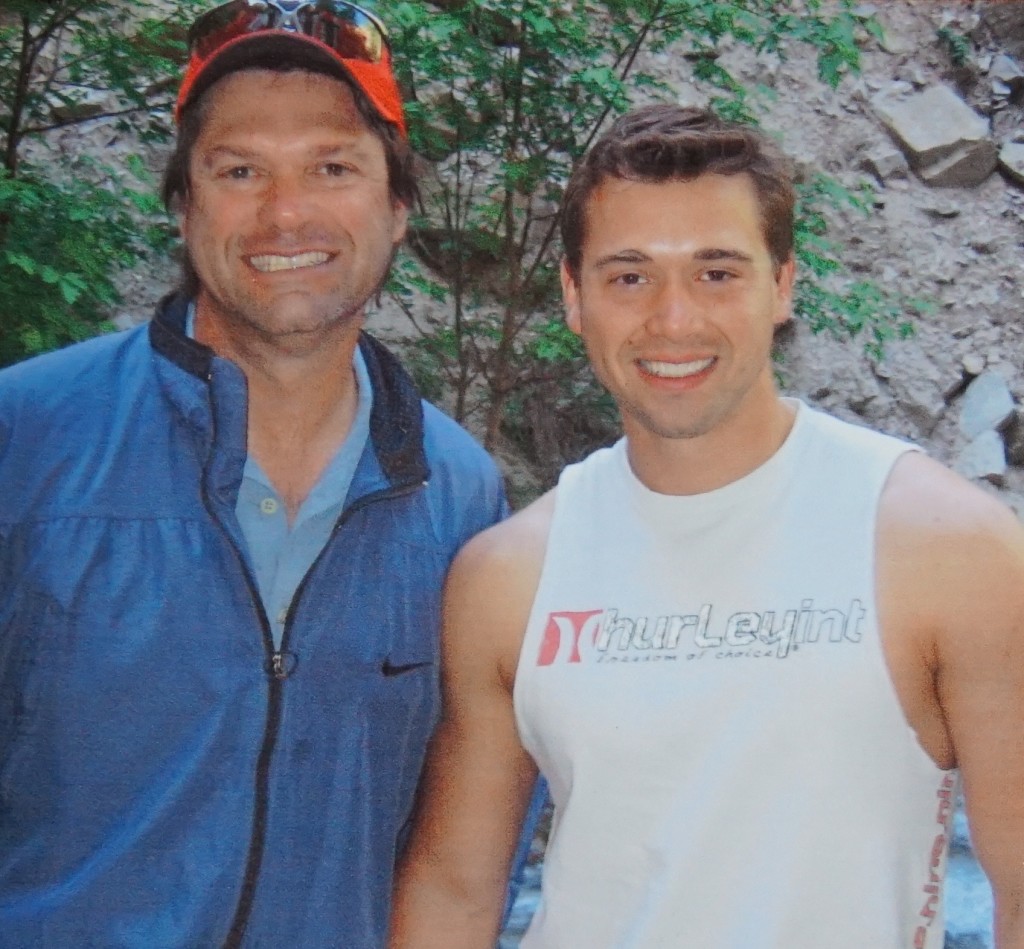 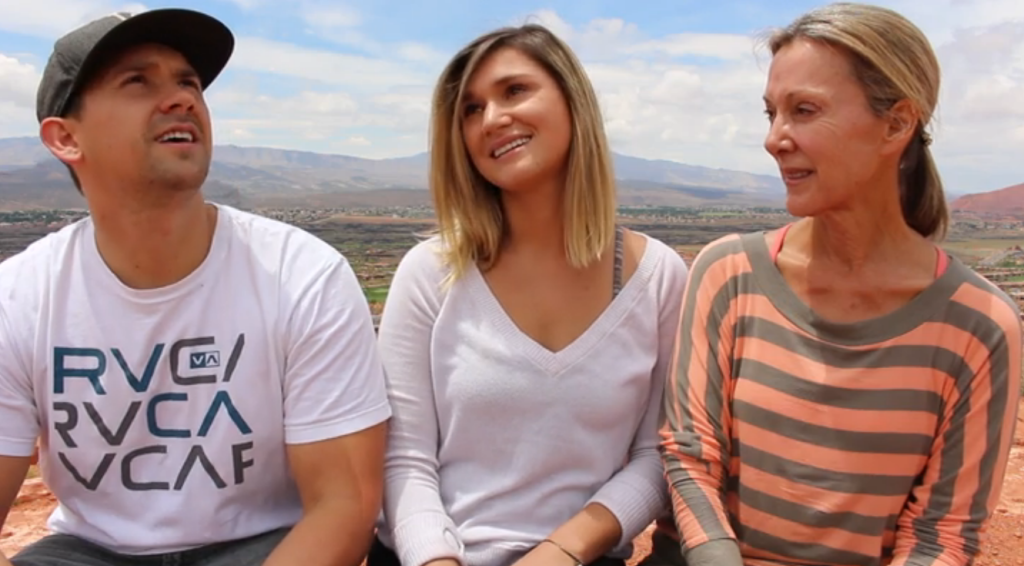