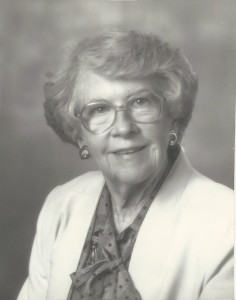 Raised in Lehi with four brothers, she graduated Brigham Young University in 1943 with a Bachelor of Arts in Clothing and Textiles and began her teaching career in Bunkerville, Nevada.  From Nevada she moved to Dixie College in St. George where she was a member of the faculty for 31 years, along the way earning a Master’s of Science in education and counseling from UNLV.

She served as president of the Dixie State College Faculty Association and the DSC Women’s Association. She founded the outstanding DSC pre-school and the weaving program. During her tenure at the college, she served on city, county and state boards and committees, addressing a wide range of community interests including education, women’s issues, art and music, seniors, civil defense, health and civic beautification.

Preceded in death by her husband, parents and brothers.

The family wishes to acknowledge Dona’s friends at St. George Care, her many visiting friends from the community, and for the tender care of Dona’s Hospice caregivers at CNS.

In lieu of flowers, contributions can be made to the Parkinson Scholarship Fund at Dixie State University.