MESQUITE, Nevada – A man transported to the hospital by Life Flight Wednesday morning after he left the side of the roadway on Interstate 15, lost control of his vehicle, went skidding through the median and then rolled several times, is now facing DUI charges.

At approximately 11:34 a.m. MST time, a 23-year-old man was southbound on Interstate 15 near milepost 2 when he lost control of his 2005 Nissan Titan pickup truck registered out of Mesquite, Arizona Department of Public Safety Sgt. John T. Bottoms said.

“I saw a whole bunch of broadside skid marks in the median,” Bottoms said, “so he lost control on the highway and began skidding through the median, rotating clockwise, so he was skidding sideways, and then, when he came back up on the highway, the car flipped over and rolled several times and ended up on the right-hand shoulder.”

The man was the only occupant in the vehicle, Bottoms said, and no other vehicles were involved in the collision.

“The initial officer who arrived on scene observed the odor of alcohol present when he was communicating with the driver,” Bottoms said. “We did a preliminary breath test, and we received a reading that would support a charge of DUI … we will be seeking a charge of what we call extreme DUI in Arizona, which means your blood alcohol level is above a .15.”

Bottoms said the man was conscious and somewhat alert at the scene.

He was transported via Life Flight to Dixie Regional Medical Center in St. George to be treated for his injuries.

“I would not be surprised if he wasn’t seat-belted because there were no marks on his body, like from where the seat belt would have caught him,” Bottoms said, “but there were no airbags either, so I don’t know how he would have stayed inside the truck with as many times at it rolled.” 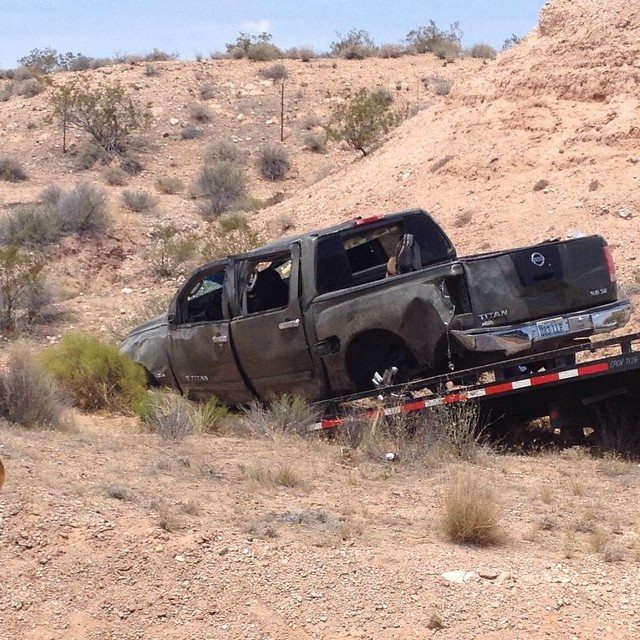 A man was transported to the hospital via Life Flight after a rollover on southbound Interstate 15 about 2 miles north of Mesquite, Nevada, May 13, 2015 | Photo courtesy of Arizona Department of Public Safety Sgt. John T. Bottoms, St. George News 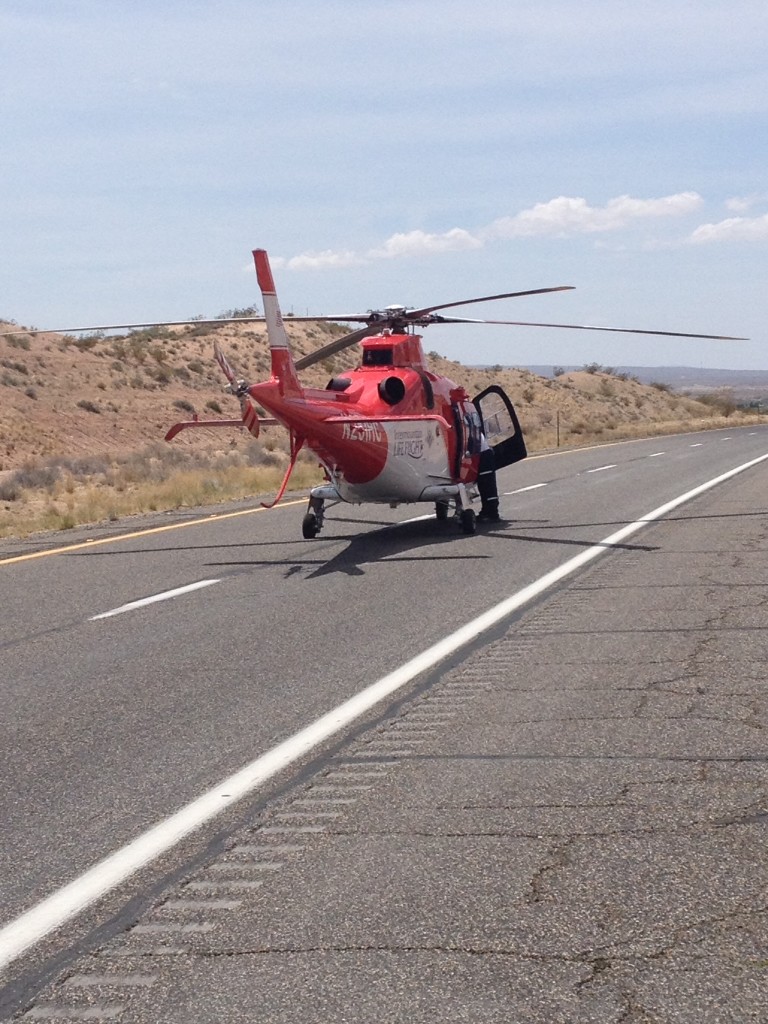 A man was transported to the hospital via Life Flight after a rollover on southbound Interstate 15 about 2 miles north of Mesquite, Nevada, May 13, 2015 | Photo courtesy of Arizona Department of Public Safety Sgt. John T. Bottoms, St. George News

It’s time to stop being afraid of the 'S word': Suicide prevention in Southern Utah