For the second time, the wife of a Cedar City employee stood before the council, pleading with them to make a change to the city’s health insurance coverage for city employees.

Chastising council members for complaining about the amount of paperwork that may go into such a huge change, she went on to tell them about the paperwork she has had to do in the past year as a result of inadequate insurance coverage for her daughter’s extreme health issues.

“I know all about paperwork, and I don’t blame you wanting to avoid it,” she said. “I have plenty to do this year – this past year – because of PEHP – a lot of it writing out checks.”

Of the six proposals, according to the decision paper included in the meeting agenda packet, two were from PEHP, the city’s current carrier, and the other four included Select Health, EMI Health, Aetna and Delta. The council voted in the next action meeting to continue with PEHP in 2015.

City Council members Don Marchant and John Black said it was a difficult decision to make because, no matter what, prices were going to go up.

One of the questions they were grappling with as a result of the premium increases was how to keep 136 city employees and their families covered with no monthly costs to the families. The city pays for employees’ healthcare completely.

“Every year (premiums) keep going up and up and up,” Black said. “And if we continue to pay that, then it takes away from the general fund money for us to provide services. So, at the back of our mind every budget year is, ‘Is this the year that we drop the bomb on our employees and say you’re going to have to start participating in this cost?’”

The two lowest bids in the proposal were disqualified by council members because they were incomplete and did not offer premiums for medical, dental and vision – only one of the three.

Price alone was not the deciding factor in choosing which insurance to go with, the council members said. While there were serious complaints addressed in Wednesday’s meeting, they said, the provider offered consistent and adequate coverage for the vast majority of city employees.

Employee meetings were held to discuss possible insurance issues, Hirschi said, and there were very few complaints brought to the table at that time.

“When we got the proposals back, we had insurance meetings for all employees and gave them the opportunity to share feedback with us,” she said, “and we didn’t get, really, any real negative feedback.”

Pointing out that the vast majority of city employees are men, and the women in their lives are the ones who tend to handle health care matters in the home, the woman who addressed the council urged the city to include wives of employees in future discussions about the effectiveness of health coverage.

The discussion meetings were open to the spouses and families of employees, Hirschi said, but she admitted there were very few who attended and there may have been a breakdown in communication.

“I will speak with any spouse at any time if they want to come in and talk … about their insurance,” she said. “We need to get a better way to inform spouses.”

The council was divided about how to approach the recreation, arts and parks tax proposal.

Previously, city administrators asked the City Council to consider amending the definitions of the tax fund usage to include a 10 percent reappropriation of the yearly funds. This would cover upkeep and maintenance of existing and future projects that were either funded by the RAP tax money or would be considered eligible to receive it.

Councilman Fred Rowley asked the city’s administrators if they couldn’t consider some other options and bring them to the table before asking the council to decide.

The good that could be done by investing in small arts groups would offer the city “more bang for their buck” than simply painting a wall in the Heritage Center Theater, he said.

Though there have been two public forum discussions already, Black said he felt the community discussion was inadequate for him to base a decision on and, therefore, asked if more discussions could be opened before the council was forced to make a decision – something Councilman Paul Cozzens was vehemently opposed to.

“With all due respect, I think we have been irresponsible with the way we have done things,” Cozzens said. “I mean, we have zero dollars set aside to repair (anything). The Aquatic Center is pretty new, but what happens when those pumps and things start wearing out? We have zero dollars to fix them, and now where’s that money going to come from?”

In the interest of bringing a monthslong discussion to fruition, the mayor moved to add the agenda item to the action meeting for May 13 and allow for additional public comment before making a final decision.

One council member pointed out that if the proposal to designate 10 percent of RAP tax funds to maintenance and upkeep passed, it would offer more opportunity to implement projects like the one proposed by the Central Iron County Water Conservancy District and Utah State University Extension.

Candace Schaible and Doug Hall presented their findings for their SMART Controller water conservancy project that began in the summer of 2014.

The water conservancy district funded the preliminary project and replaced sprinkler system controllers in Hillcrest, Ridge Parks and at Three Peaks Elementary in an attempt to streamline the system and stop overwatering from taking place.

The sites were chosen based on the newness of their current systems and the ability to change the controllers without requiring updating to the systems, Schaible said. Additionally, the parks were smaller, easier to manage and had been metered by the city, allowing a history to be established for comparison.

The controllers are computerized and send and receive information that tells them what the weather is and then regulates water disbursements based on need.

“(Smart irrigation technologies are) all little bit different,” Schaible said. “But ones that we went with have their own weather station right at the park. So, it’s actually pulling this information from that weather station and then sending it to the controller and then telling the sprinklers what to do.”

While there were some kinks to work out at first with the controller at Hillcrest Park, all of the controllers are showing promise in saving considerable amounts of water, leading both Schaible and Hall to recommend that the city set aside money each year from the general fund to update city parks and schools to the new system.

“This year, we saved about 1.2 million gallons (so far),” Schaible said.

“That’s like three to four families’ water supply for a year,” she added. 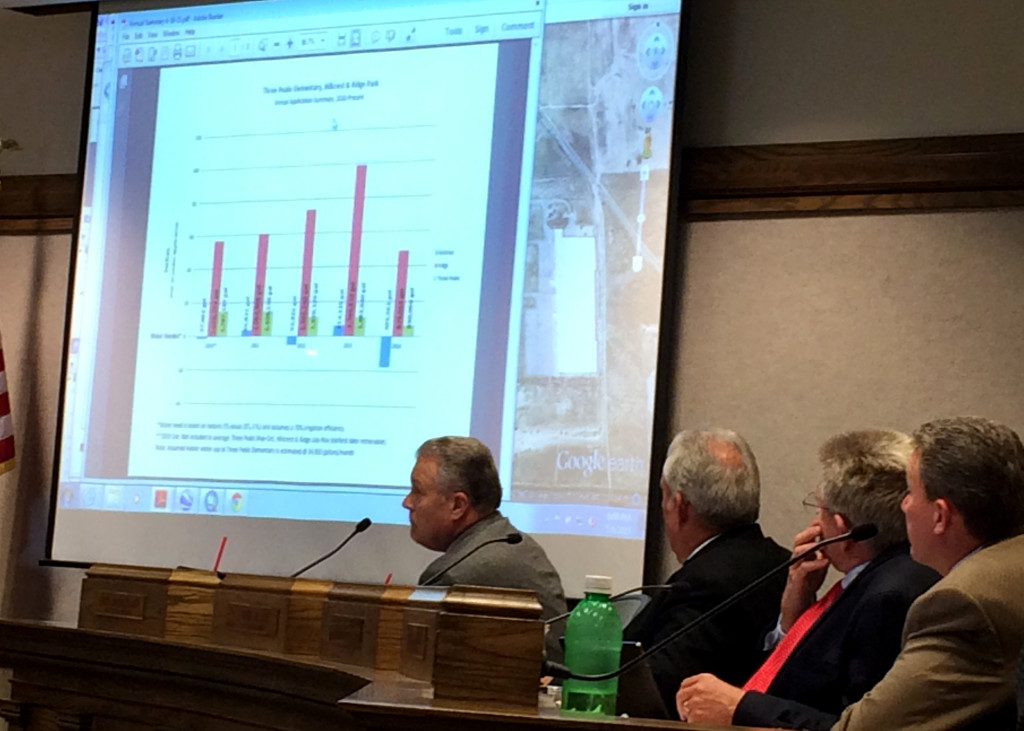 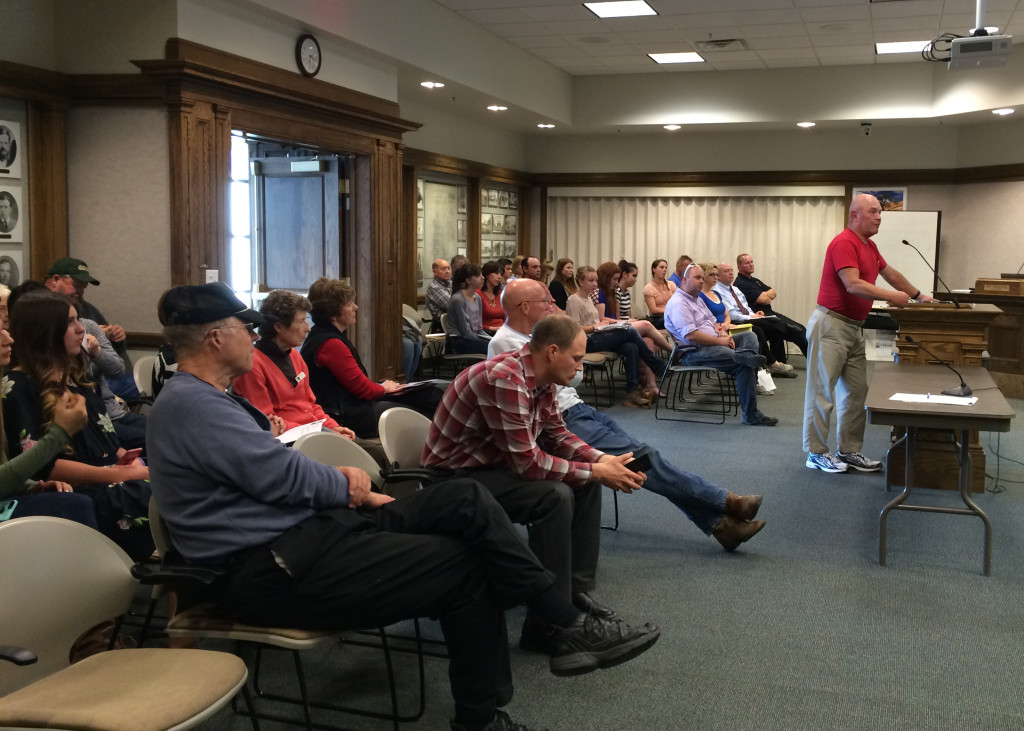 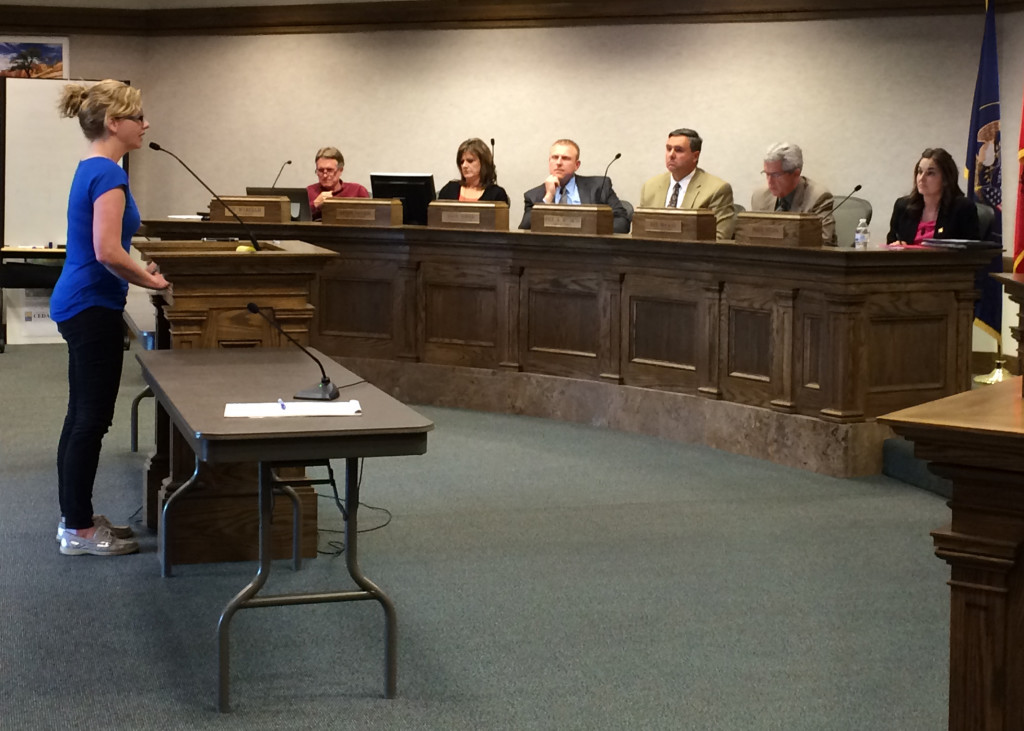