NOTE: The choking game referred to in this report is in no way related to auto-erotic asphyxiation. There is no sexual element to this behavior.

FEATURE – In November 2014 the Iron County School District launched the first districtwide awareness curriculum in the nation to educate youth about the dangers of the choking game, shining a spotlight on a rarely talked about statistic and creating a ripple of awareness that could save lives.

Since 2009, 40 percent of adolescent deaths in Iron County were attributed to the “clean kids’ high,” Bleak said.

“I think it’s the most underreported cause of death – probably in the country,” he said.

Through educating youth about what causes the euphoric feeling when they pass out, Secondary Education Director Jennifer Wood said, the district hopes to dissuade potential victims from trying something as easy to learn as looking up a YouTube video.

“(With) one of the kids that we lost in our district, the YouTube video was on when they found him,” Wood said. “And so, part of our goal is to be a voice to counteract what’s out there on YouTube.”

The curriculum was developed in Santa Monica, California, by the creators of Erik’s Cause, whose mission is: “To bring awareness of the deadly ‘Choking Game’ into the national spotlight so parents and children understand its true dangers and lives can be saved.”

Their website is dedicated to providing educators, parents and children with educational resources and current research to facilitate discussion regarding pass-out games.

75 percent of children who are surveyed have heard of pass-out games, 20-32 percent of those children said they have participated in a choking game activity of some kind. Of those who have tried the game, 82 percent claim they were unaware of any dangers associated with it.

Erik’s Cause founder Judy Rogg is a human resources expert and psychiatric social worker with degrees from Columbia University and the University of California. She is also the mother of a child who she will never again hold in her arms, because of the choking game.

Erik Robinson, 12, died in April 2010. He is described as having been a happy and healthy sixth-grader, a boy scout and an athlete.

Rogg, and her colleague Stephanie Small, worked with educators to develop a curriculum that would not introduce “how to play” pass-out games, but would teach youth about how the brain works, what happens when it is deprived of oxygen and offer skills to help them say no.

The program was not an easy sell for the Iron County School District, Bleak said. It wasn’t until there were recent shifts in administration that he, and medical professional Becki Bronson, who is a school board member, finally gained the ear of willing participants.

There is a “not in my town” mentality that permeates the nation making pass-out games difficult to combat, Bleak said. Parents, children and schools tend to be tight-lipped about the topic, which impedes the discussion, he said.

In Iron County the curriculum is a pilot program, Wood said. They are collecting data by way of pre- and exit-surveys and sending them back to the curriculum developers to gauge program effectiveness and track teenage understanding of pass-out games before and after the lessons.

Representatives from other regions, including Washington County, have contacted her to learn more about the curriculum, Wood said.

All of the principals in the Washington County School District were surveyed about whether they believed the choking game is an issue in their schools, Superintendent Larry Bergeson said.

The issue has not been concerning to Washington County school leaders, Bergeson said, and they are reluctant to implement a curriculum that they feel might introduce the concept to students.

“You can cry wolf and bring attention,” he said “And you can have a lot more, or a lot bigger (issue) about something than if you would if you let sleeping dogs lie.”

“We know that pass-out games happen in our facilities throughout the years,” said crisis center social worker Tami Fullerton. “It’s not a pervasive problem by any stretch, but it happens.”

After attending a recent conference about prevention science, Fullerton said, she learned that preventive information can have the opposite impact intended based on how the information is presented.

The D.A.R.E. program used to use “drug boards” that show pictures of the different types of drugs, she said, but studies have shown that to be detrimental to the goal of the program, raising curiosity in youth where none previously existed.

“Erik’s Cause is amazing,” Fullerton said. “… people have worked hard to create a curriculum that hopefully teaches the skills and talks about the subject in an accurate way without introducing them and exposing them to the behavior.”

It’s a Catch-22, Fullerton said. Educators never want to introduce something dangerous into a child’s life; however, she said, in the case of pass-out games where the first time it’s played someone could die, a proactive approach might be more beneficial than waiting for a problem to arise.

“I know (Erik’s Cause) is working on some research,” she said. “I hope it will be out soon and that it will, kind of, reinforce that it’s being done in a way that works and doesn’t cause harm.”

If that is the case, Fullerton said, it might be something Washington County could find more compelling to implement into their awareness programs. Until then, however, it’s best for them to err on the side of caution, she said.

The carotid artery that travels through the neck carries close to two-thirds of the blood supply that brings oxygen into the brain. Dixie Regional Medical Center Neurosurgeon Benjamin D. Fox said that when the blood flow is interrupted, it causes a person’s brain cells to dip below the line of normal functionality and become suspended in animation, waiting to either die or receive the oxygen necessary to stay alive.

When brain cells dip past that line of normalcy into suspended animation, Fox said, that is the point that the person with the restricted blood flow will pass out.

Next to the carotid artery is a bundle of nerves called the vagus nerve. Stimulation of this nerve bundle can cause the heart to stop beating and create a heart attack situation.

“Most of the people that are going to die from (the choking game) … are not really probably dying from the brain not getting blood, which is one thing,” he said, “they’re probably dying because their heart stopped and didn’t start back up.”

Playing the choking game can have negative impacts on memory, coordination and movement, he said. Frequent and continued passing out by choking will cause headaches and red eyes with burst veins and can even cause irreversible and permanent brain damage.

Signs to look for

There were no signs for Rogg to look for, she said, because her son only learned of the game from a friend at school the day before he tried it – for the first time, and that was the day he died.

Bloodshot eyes, frequent and unusual headaches, mood swings, marks on the neck, unexplained injuries, locked doors and knots tied in the bedroom are all indicators the Erik’s Cause website suggests parents look for if they suspect their child may be participating in choking games.

Doodles on notebooks and backpacks can also be a sign to look for, Bleak said; teens engaged in the behavior are prone to doodle some of the more fun names for the dangerous activity.

Bleak has traveled around the country and to France to teach law enforcement and medical examiners how to use the methods he has developed to recognize and properly label choking game deaths.

“I made the mistake early on, because I just didn’t recognize it …,” he said. “But now that I know about it, it kind of jumps out at you and there are things that are glaringly obvious.”

Bleak said statistics are not a good representation of the actual number of choking game deaths nationwide, because medical examiners have no way to define them forensically.

“Forensically, all ligature deaths look exactly the same,” he said.

When a hanging death is a suicide, Bleak said, there are telltale clues that support a person took their own life. Suicide notes, longtime depression, substance abuse, family history of suicide attempts, or even ongoing relationship trouble combined with an obvious trigger usually accompany the death in suicide cases.

In choking game cases, however, the clues are completely different, he said. This is why Bleak developed a psychological autopsy to coincide with the physical autopsy performed in any hanging death that is investigated.

It is important to educate everyone who has closest interactions possible, Bleak said, from parents, teachers and students, to eye doctors, pediatricians, emergency room doctors and medical examiners; it is important for those to know the signs.

Erik’s Cause representatives are determined to get their curriculum in as many schools as they can, Rogg said. With a little education, lives can be changed she said.

“It blindsided and it changed my life forever,” she said. “And it ended his life here on this earth.” 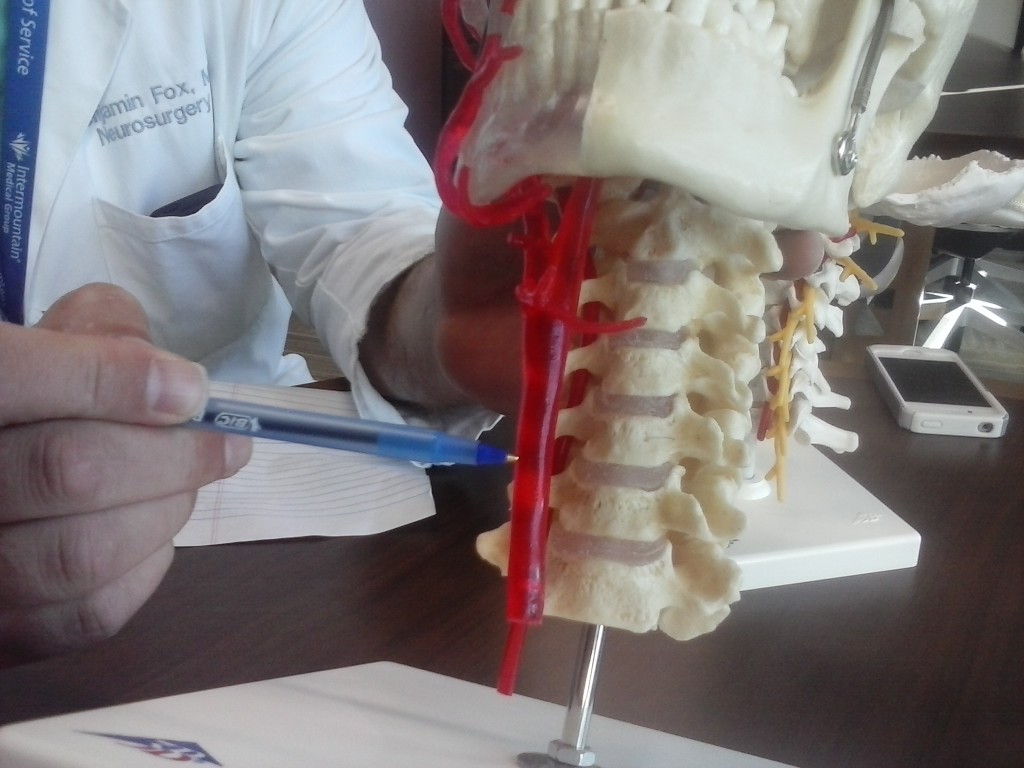 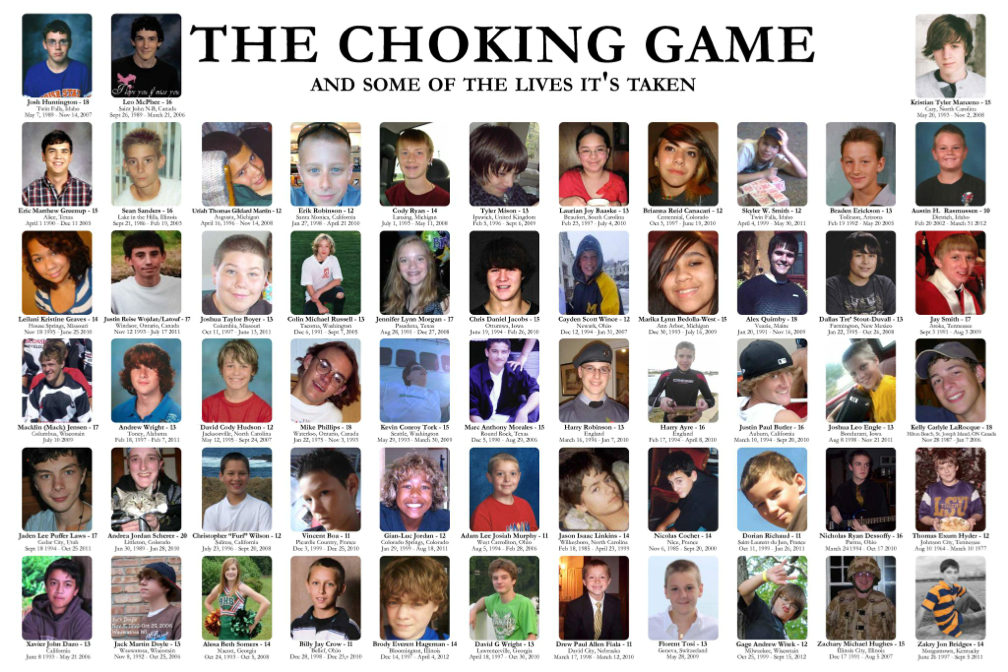 Youth who have died as a result of playing pass-out games | Graphic courtesy of Mike Bleak, St. George News 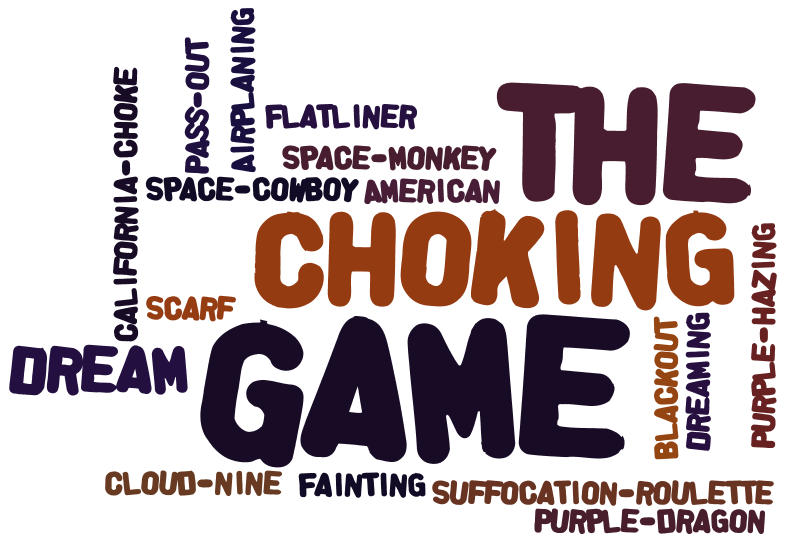 some of the names pass-out games are known by | Graphic courtesy of Mike Bleak, St. George News 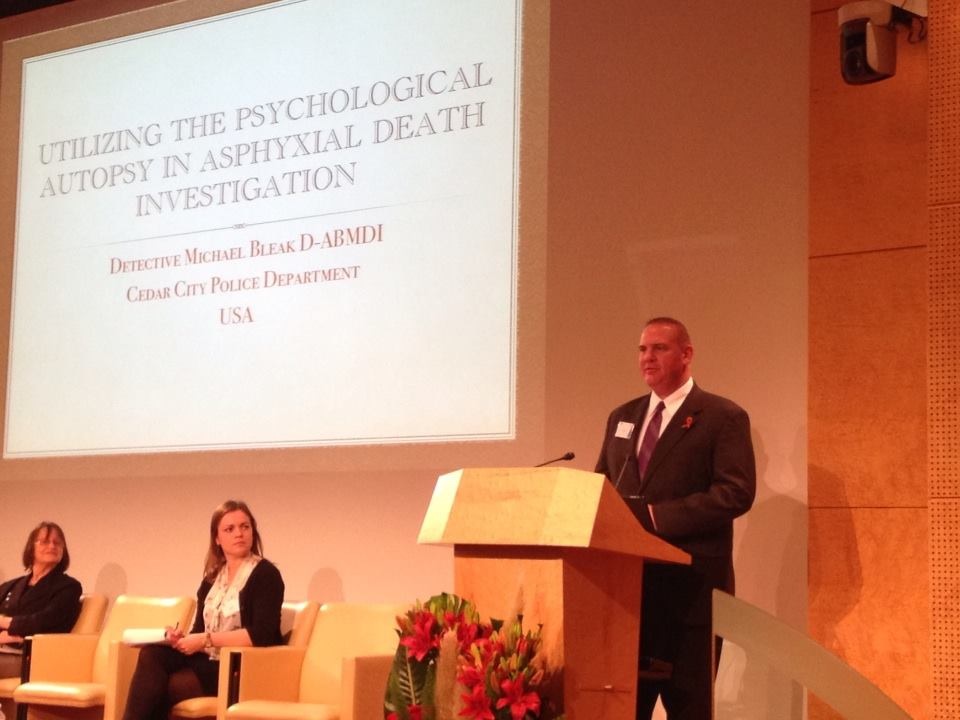 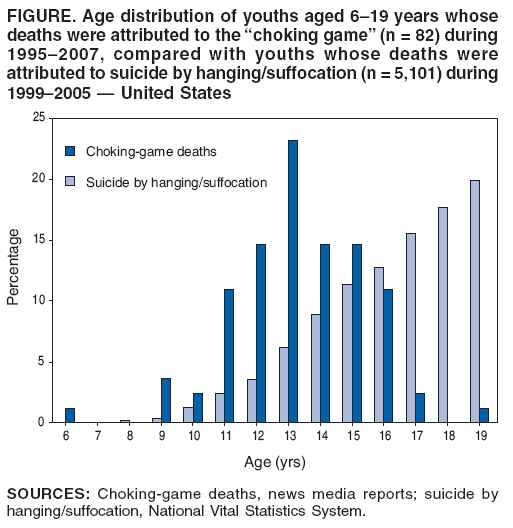 Age distrubution of deaths of youth ages 6-19 whose deaths were attributed to the choking game | Courtesy of Mike Bleak, St. George News