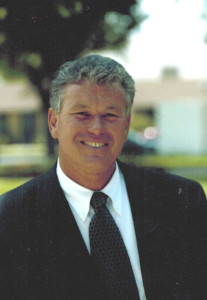 Glenn DeMille, age 67, passed away on April 8, 2015, at home in the presence of his family after a 14 month battle with pancreatic cancer.

Glenn was born in St. George, Utah, on May 19, 1947. His parents were the late Wallace and Maude DeMille. He lived his entire life in St. George and said “there isn’t a better place in the world to live.”

He was married on November 6, 1965, to his high school sweetheart Neva Wray Wells and was sealed in the St. George LDS Temple.

Glenn graduated from Dixie High School in 1965. He enlisted in the National Guard during the Vietnam era, but fortunately was never deployed into combat. He started his career as a plumbing apprentice in 1967 and started his own plumbing company, A-1 Services, in 1976. He worked hard to build his company into a very successful plumbing, heating and air conditioning company that is still in business today. He loved his job and while he was fighting cancer he said he just wanted to feel well enough to get in his truck and go to work.

He was an active member of the LDS church and sent three sons on missions. He had a strong testimony of the gospel and always stayed true to his beliefs.

Some of his favorite things to do when he wasn’t working were, playing guitar, fishing, hunting, scuba diving, working out at the gym with friends, reading, and taking Neva and Kaley out to dinner.

Glenn had a very special relationship with his special needs daughter Kaley. He will be rewarded in heaven for the manner in which he loved and cared for her. He would send her off to school every morning and would rush home every afternoon so he could be there when she got off the bus.

In February of 2014, he was diagnosed with pancreatic cancer. This type of cancer has a very low survival rate and is very difficult to treat. He decided to fight it as much as possible and was a good candidate for the whipple procedure because he was so physically fit. He gave it a good fight and never complained or said “why me.” He would just say “it is what it is” and give it all he could. His attitude throughout the entire process was an inspiration to anyone he came in contact with.

He is survived by his wife Neva, sons Brad, Shayne and Kaleb and daughters Kristy and Kaley as well as his brothers Wally, Stan, and Lloyd and his sister Nerene. He also has 17 grandkids and his soon to be first great grandson.

He is preceded in death by his parents, Wallace and Maude, and by his daughter Kim who passed away recently from a sudden heart attack.

The DeMille family would like to thank all of his dear friends who supported him throughout the last year and held his hand as he battled this terrible cancer, as well as all of the medical professionals who worked so hard to make him comfortable during the last year.