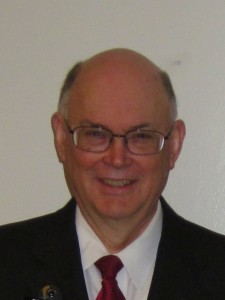 Gary Park Eldredge, age 69, passed away peacefully on March 17, 2015, at his home in St. George, due to the effects of cancer. Gary and his wife Tina had recently moved to St. George after 42 years in the Chicago area.

He began his 35-year career in research and development with Bell laboratories/AT&T/Alcatel-Lucent in 1972, which took the couple to Naperville, Illinois, where they lived and raised their children. Gary worked in software development and as a director of cell phone technology development in his last years with the company. He often marveled that when his group developed the feature for telephone texting they didn’t think any of the phone companies would see any use for it.

Gary was an active member of the Church of Jesus Christ of Latter-day Saints throughout his life. He served a 2-year mission to Buenos Aires, Argentina, and was able to use the Spanish fluency he gained there in church service throughout his life. He served in two bishoprics, as a member of the high council, stake financial secretary and stake Family History coordinator. He served as a counselor in the Chicago Temple Presidency and Tina served as Assistant to the Matron from 2007 to 2010. They have been long-time temple ordinance workers. Gary also served for a short time as a sealer in the St. George Temple.

From an early age Gary developed a love of family history. He often joked that he lost track of how many relatives he had submitted for temple ordinances after the first 10,000. He used his passion and knowledge of genealogy to help countless friends and ward members. He also filled a two-year Church service mission answering the LDS Family History Center’s help line. He had a love of home teaching and served many families faithfully throughout the years.

Gary was a man of great integrity. He loved his family and took great joy in his grandchildren, always willing to read a story or get down on the floor and construct an amazing train layout. As a wonderful father, grandfather and companion he will be greatly missed. He left a legacy that will be treasured and honored by his family as the years go by.