SANTA CLARA – On Saturday, the town of Santa Clara and its surrounding desert terrain played host to one of the most technical and beautiful endurance mountain bike races in the country. Part of the National Ultra Endurance Series, “True Grit Epic” saw some 400 professional and amateur cyclists tackle the difficult and sometimes unforgiving landscape.

Drawn by both the technical challenge and the promise of good weather, racers from across the country and parts of the globe traveled to Southern Utah for the early season race to test their skills and endurance on this brutal course that featured two distances, 50 and 100 miles.

For one rider, Aaron Campbell of Farmington, his ride was cut short when he washed out on some soft sand in a section of the course known as Cove Wash.

Campbell was racing in the 50-mile professional open category and it was estimated he was riding in about fifth place when the accident occurred, Cimarron Chacon, race director and president of GRO Promotions, said.

“I was racing in fifth place,” Campbell said, “we were in a pretty tight group and going pretty darn fast there at the lead of the race.”

Campbell can’t clearly recall what exactly led to the crash but said that, from what he has been able to piece together, he believes speed coupled with a slight change in the dirt – the double-track trail turned from hard pack to sand near the crash site – were the cause.

Campbell fractured his right femur near his hip in the crash and, due to the remote area of the incident, was flown off the course by Mercy Air to Dixie Regional Medical Center in St. George where he underwent a three-hour surgery.

To further complicate matters, Campbell said, doctors told him that because of his well-developed quad mucsles – a side effect of being a biker – the surgery was extra difficult as they tried to get around his muscles to the fractured bone.

Campbell is recovering at home now and extended his deepest gratitude to all the emergency responders, race staff, course volunteers and doctors and nurses at Dixie Regional.

“There is no better place to be laid up,” Campbell said. “Everybody was great.”

Rider to the rescue

A lot of credit for Campbell’s safe and speedy rescue is due to Red Rock Bicycle team rider Roger Ivey who, upon approaching Campbell on the trail, stopped his bike and came to Campbell’s aid.

He was one of the lead riders and I was back a way. I don’t know if anyone had stopped yet but as I rolled up to him, he was not getting up. He did not want to be moved. I needed to ascertain whether he was seriously injured. It was visibly noticeable that the injured leg was shorter than the other.

After safely moving Campbell off the path, Ivey said, he backtracked the course to the nearest course marshal where they were able to radio for help and call the EMTs; but, by the time Ivey had seen to it that Campbell was in the hands of the medical responders, his race was shot.

Ivey rode a little further, he said, and then cut back to the finish where his wife was waiting for him.

“I just packed it in and considered it a training ride.” Ivey said. “That is the nature of the race. It was far more important to take care of someone who needed the help. I am a middle-aged professional – there was no way I was going to win. Finishing was inconsequential at that point.”

Both Chacon and Campbell sang the praises of Ivey, and Chacon even went so far as to say it is a heroic story which speaks to the whole biking community.

“You aren’t on a cycling team just to win,” Chacon said, “but to be cycling ambassadors.”

When questioned, Ivey was reluctant to be called a hero but said that due to his career as a physician – Ivey is an anesthesiologist – and as a part of the biking community it was just the right thing to do.

Campbell said he feels really bad that Ivey sacrificed his own race but at the same time feels really happy and grateful for the help he received.

The nature of the ride

“Mountain biking is inherently dangerous,” Chacon said. “The matter of being in competition and vying for a position – our course is highly technical – it takes bike handling skills; and if you don’t have them, you are not going to enter the race.”

The story of Campbell’s accident coupled with the staggering numbers of True Grit’s technical course – the 50-mile saw over 7,000 feet of elevation gain and the 100-mile course had double that much climb – might lead many to question the sanity of endurance athletes and ask why they are drawn to a sport with such inherent risk.

The answers can be both simple and profound.

Campbell said he first fell in love with bike riding as a young kid with a BMX bike and an open field near his house. For him, he said, it was the closest thing to freedom and being able to make decisions for yourself as a kid.

As he got older and big enough to ride his dad’s road bike, Campbell said, he would ride it to the county line to buy firecrackers.

“That was my first introduction to endurance riding,” Campbell said, “It was about 3 miles.”

Campbell played traditional sports like baseball and football in high school but said he did not excel in them enough to go on to play in college. He found that mountain biking was a great way to remain competitive and challenged.

Mountain biking and road biking are probably a continuation from high school sports, Ivey said, a sort of continuation of that lifestyle.

“I started riding in about the eighth grade,” Ivey said. “I love it.”

In addition to the physical challenge, Campbell said, he loves the sense of community he feels when he competes.

“Everyone is really cool,” Campbell said, “Just hanging out and having fun.”

Besides the passion they feel, both riders said they love the challenge and accomplishment they get from pushing themselves out on a race.

“Being able to ride a trail fast and really push yourself,” Campbell said, “to see how you stack up, that is something really cool.”

That being said, Campbell recognizes his vulnerabilities and the balancing act it is to remain competitive while also having a real life. He said that 15 years ago he would probably have taken even greater risks but now has real life job obligations outside of bikes.

The True Grit course is recognized as one of the most technical around, Chacon said, but added that the real challenges come from the dry terrain and from outsiders who are unfamiliar with the course.

“Our biggest concern was heat and dehydration,” Chacon said, “that and making sure the course was well-marked.”

Other than Campbell’s injury, there were a few people who received medical care for scrapes but no additional accidents occurred and not one single rider got lost on the course, Chacon said.

Campbell has a six to eight week recovery period, he said, during which he will be on crutches and not allowed to put more than 25 percent of his body weight on his right leg. He will also undergo physical therapy en route to his recovery and eventual return to mountain bike racing which, he said, he is hoping will happen near the end of the summer.

“I will probably be taking it a little easier this time,” Campbell said. 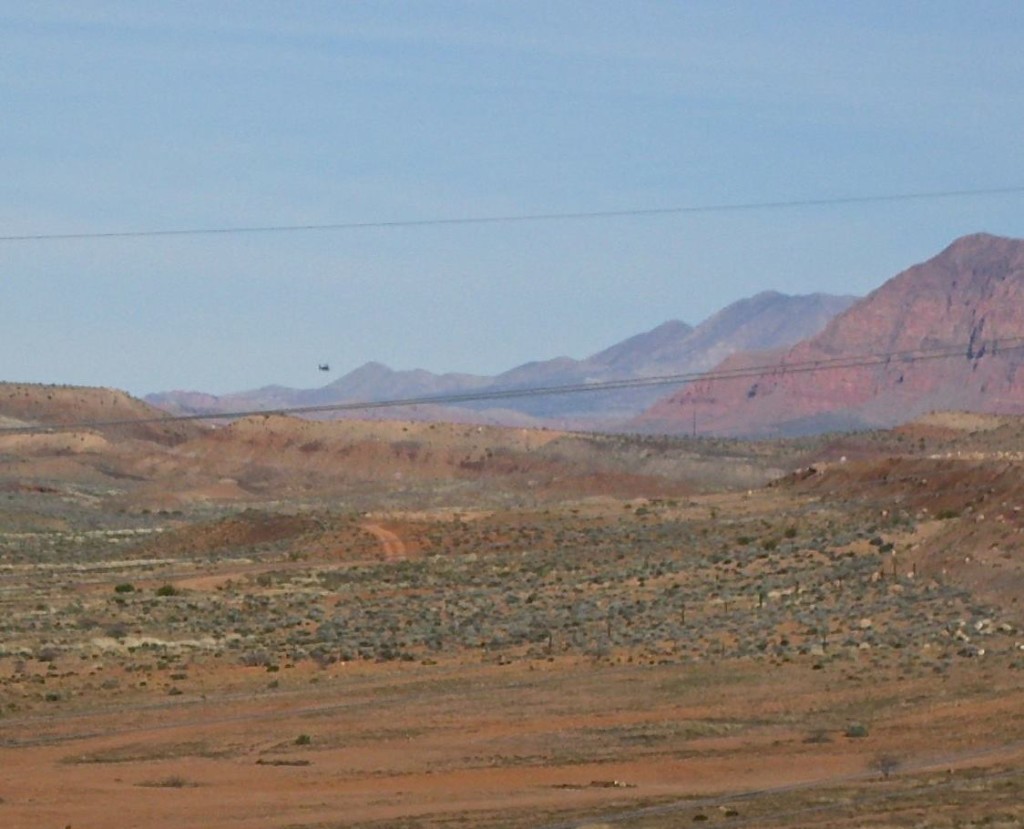 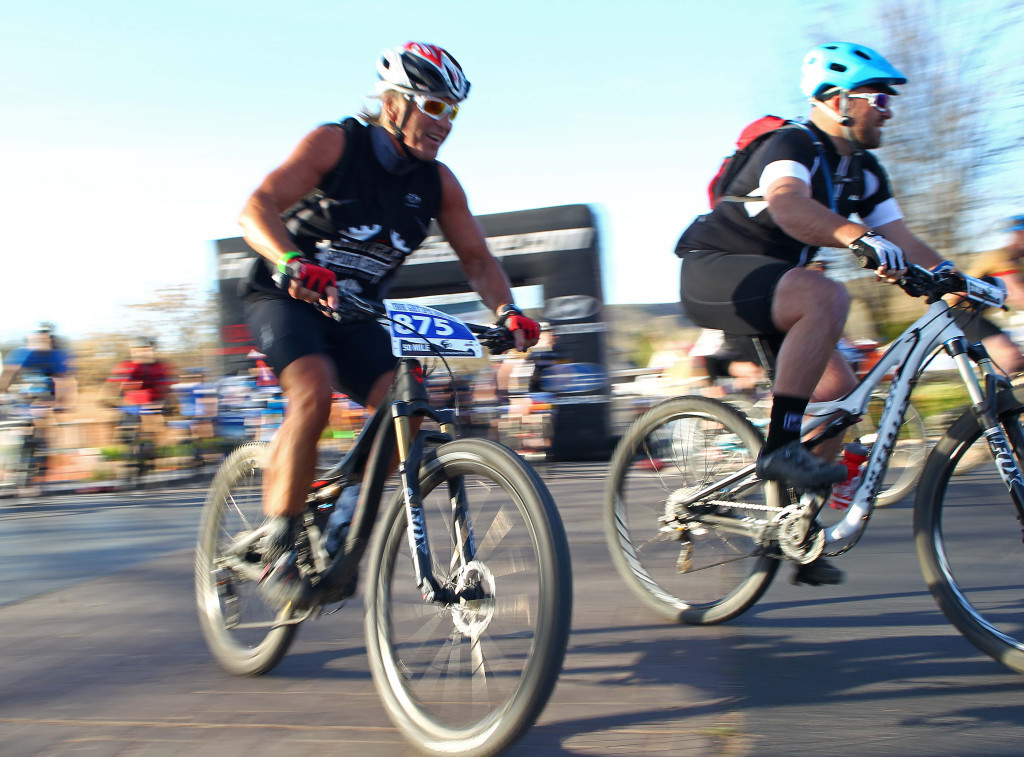 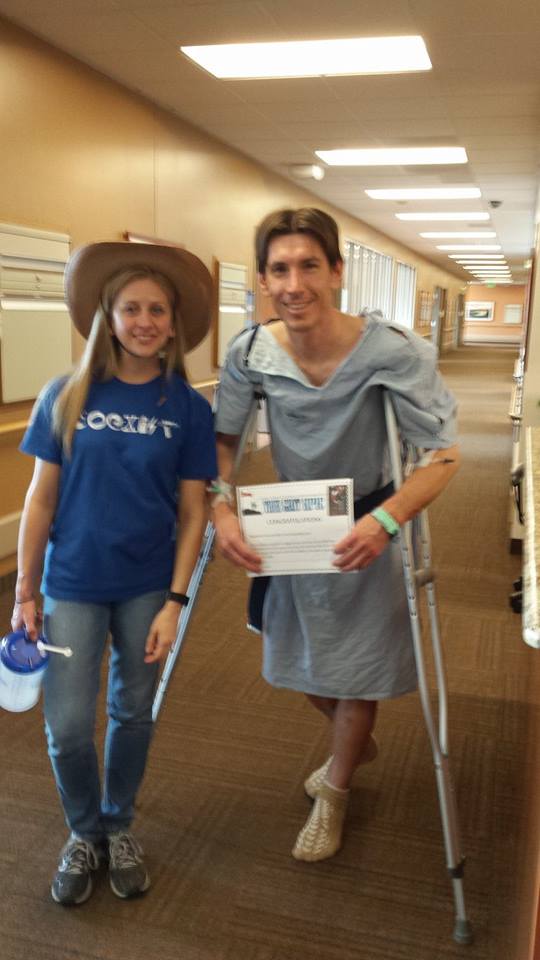