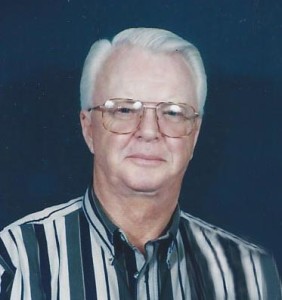 John was educated in the Evanston, Wyoming, city schools. He attended the University of Wyoming and later transferred to Utah State University and graduated with a bachelor’s degree in the School of Business. While at Utah State he met and married Rita Schiffman, on July 3, 1953, in Logan, Utah. They were later sealed in the Salt Lake Temple.

Following graduation from Utah State University, he entered the Air Force. During his Air Force career he was appointed an officer and obtained a master’s degree in Industrial Management from the Air Force Institute of Technology.

John was a superb and competitive athlete. As a young man in high school, he played baseball on an adult American Legion Team. He was a pitcher and also an outfielder. Throughout high school and in college he excelled in football, basketball, baseball and swimming. While at Utah State, John was an active member of Kappa Sigma Fraternity, with a scholarship in baseball and swimming.

In his church callings, he started out as a Sunday school teacher, as well as a volunteer janitor for the church building and grounds. Later, as he moved throughout the United States and overseas, he served in numerous church callings. John served as the sunday school president, elder’s quorum president, ward clerk, executive secretary, and 2nd counselor to the bishop in upstate New York. He served faithfully as a home teacher.

John was an honorable veteran to his country and served proudly as an officer in the United States Air Force for 20 years. As an officer in the Air Force, he held many leadership positions. He was selected to a unique position in Bruxelles, Belgium to negotiate research and development contracts and grants with the top scientists in all free countries in Europe and the Near East.

During the Korean and Vietnam Wars, John volunteered twice for duty in Southeast Asia as a commander and staff officer. He was commander for all Southeast Asia jet aircraft F-4’s (maintenance) for the military services in the Vietnam War. Also, he was selected for major assignments in Thailand and Taiwan. Later he was assigned to the Pentagon in Washington, D.C.

Following John’s retirement from the Air Force, he accepted a job with Aerojet Propulsion Company in California as Manager of Weapons Systems. He later worked for the Ralph M. Parsons Company as Manager of Infrastructures at various locations in Saudi Arabia, Washington D.C., New York, and California.

After retirement, he served in the local community and volunteered over 500 hours serving high school students and the Airport Museum.

He is preceded in death by his wife, Rita, his parents and his sister, Anita Pfisterer.