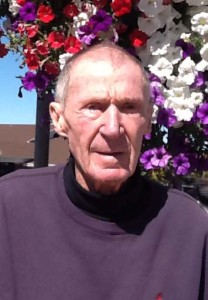 Royce was raised in Lime Springs, Iowa, and graduated from Lime Springs High School. Upon graduation, he served in the United States Navy, being discharged in 1947. He moved to Griswold, Iowa, to work and met Gerri. He then moved to Cresco, Iowa, to work in the local bakery. He purchased Hawkeye Sanitation, retiring from the business in the early 90s.

After retirement, he and Gerri moved to St. George, Utah, to enjoy his passion of golf. His love for golf and the outdoors was so strong. He touched so many people with his gentle kindness and love for all. He had a quick wit, zest for life, a great sense of humor, and an ability to make friends no matter where he went.

He is survived by his wife, Helen of St. George; two daughters, Nancie (Leonard) Jacobson and Jill (Ed) Roberts, both of Grand Meadow, Minnesota;  five wonderful grandchildren, Nathan (Danielle) Jacobson, Nicole (Bill) Winfield, Niles Jacobson, Natasha (Jason) Campbell, and Jayden Roberts; and 15 great-grandchildren. Royce was a big part of Helen’s family, her seven children, grandchildren, and their spouses for the 15 years they were married. He was preceded in death by his wife, Gerri, parents, and a great-grandchild.

Many thanks to Page, Mike, Shay, Kirk, Barb, Rodney, and Dr. McDonald at Sun-Tree Hospice, Roland, Nadine, Brooke, Toni and Kind Hearts Care for their wonderful care during the last month of Royce’s life.