ST. GEORGE–  Interstate 15 northbound near Leeds was shut down temporarily at mile marker 16, after three separate auto accidents occurred within 20 minutes and 3 miles of each other.

Reports from the scene indicated heavy amounts of hail and rain on the freeway beginning at mile marker 16.

The first accident was reported at mile marker 18 at about 2:10 p.m. This accident involved a blue Chrysler traveling south that struck the barrier outside the right-hand lane, Utah Highway Patrol Sgt. Danny Ferguson said.

The second accident was reported at milepost 17 when a man pulled his car off to the side of the road after he decided the conditions were too severe to drive in. After he did this, Ferguson said, another vehicle slid out of its lane and struck the back of his vehicle.

No one was believed to have been harmed during these two incidents.

While on the scene of the first two accidents, Ferguson said, they were called to another one northbound just after milepost 16. This accident involved a woman driving a white Honda Accord and a Leeds man driving an orange Suzuki SUV.

“We’re not sure if the two made contact,” Ferguson said. “We do know that the Honda hit the slush on the hill and started to spin out of control.”

The driver of the Suzuki left the road and went down the embankment on the left-hand side, Ferguson said, where it rolled multiple times. The driver was eventually ejected out the passenger side window. The man is believed to have not been wearing his seatbelt at the time of the collision.

“Had he had a seatbelt on,” Ferguson said, “there would have been a much different outcome on his part.”

Originally, Life Flight was called out to the scene, Ferguson said, but was then canceled after responders concluded a ground transport would be quicker. Hurricane Fire and Rescue transported the man to Dixie Regional Medical Center in St. George where he is believed to be in critical condition.

The woman driving the Honda is not believed to have suffered any injuries, Ferguson said, and remained on scene during the investigation.

Along with UHP and Hurricane Fire and Rescue, members of the Washington County Sheriff’s Office also responded to the scene. Officials temporarily shut down both lanes of northbound traffic while they assessed the scene. After approximately 35 minutes, one lane was reopened to allow traffic to flow through. Both cars were removed from the scene by a tow truck and traffic resumed to normal by 4:05 p.m.

In hazardous driving conditions such as these, Ferguson said, people are advised to slow down and be smart while on the road.

“When there is a half-inch of hail on the freeway, you do not drive 75 mph,” Ferguson said. “You have to adjust your speed. I’m driving an emergency vehicle and I’m doing 50 mph and thought I was (driving) to fast trying to get here.”

Ed. note: Correction: The woman driving the Honda is not believed to have “suffered” (replacing “withstood”) any injuries. 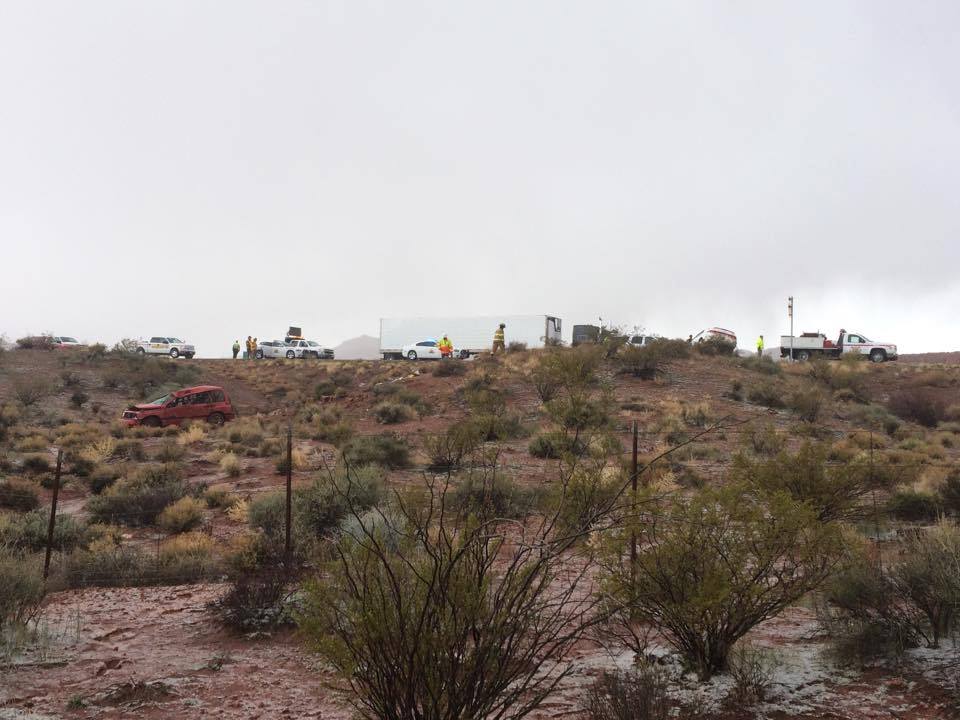 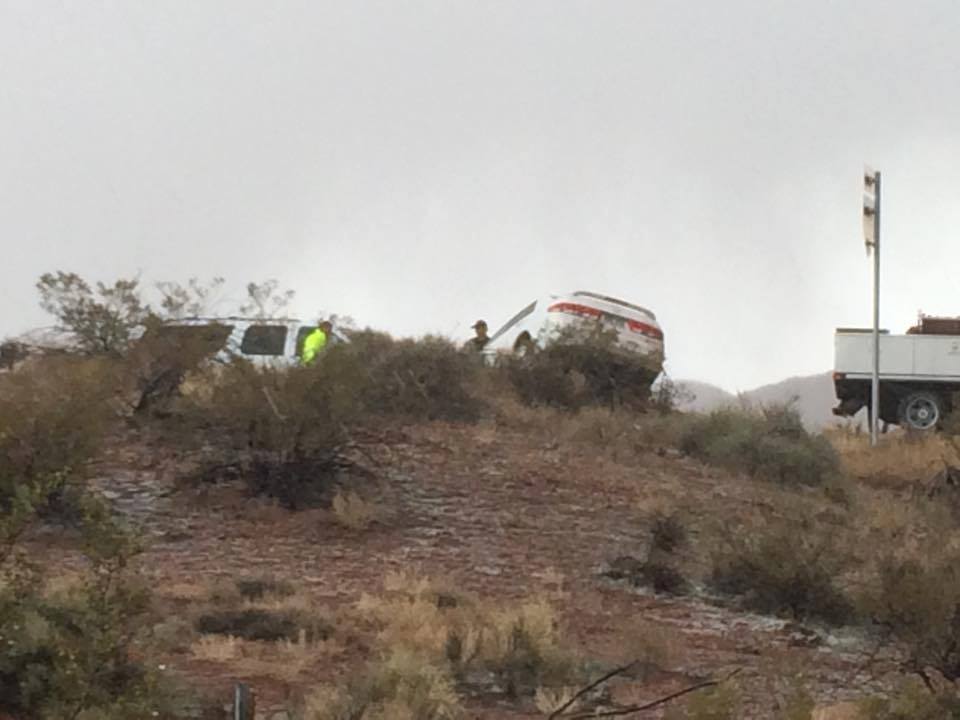 Devan Chavez began working at St. George News soon after graduating from Southern Utah University in 2014 with a degree in Communication with an emphasis in Broadcast Journalism. Devan has traveled to multiple countries on humanitarian service and study abroad trips. He enjoys learning about new cultures and sharing ideas. He hopes to use his skills to spread awareness of issues and aid the less fortunate. In his free time He recently returned to SUU and is working towards his Master's in Professional Communication. Devan enjoys photography, videography, cycling around town, loud concerts and training in muay thai kickboxing.

SUV surges across sidewalk and into St. George sewing store