OPINION / ADVERTORIAL — There are many things to consider if you find yourself entering into a divorce, such as custody of children, distribution of assets, alimony, and a myriad of other issues. For most, the process is a painful if necessary one. Finding an attorney who will respect your wishes while at the same time helping you progress through the proceedings quickly and practically is important to achieve the smoothest – and most economical – result.

“I don’t ever encourage divorce,” attorney Britt K. Beckstrom, of Gallian Welker and Beckstrom, said.“However, my experience has been that when people come to see a lawyer, most of the time they’ve already thought about it long and hard; they’ve already made their mind up and just need help working out the details.”

“As for physical custody, there’s maybe a bit of a growing trend towards more of a joint physical custody arrangement, with equal or close to equal parent-time between parents,” Beckstrom said. “But, still, the norm in Utah is that one of the parents is the primary physical custodian.” 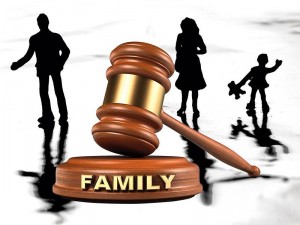 The statutory minimum parent-time schedule for noncustodial parents with school age children is: Every other weekend from Friday evening to Sunday evening; a midweek visit without an overnight, typically on Wednesday; every other school and federal holiday; and four weeks in the summer.  Parents are free to agree to more parent-time than this and that often occurs.

For children who are not school age, the statutory parent-time schedule is different; the noncustodial parent  is allotted less time. As children get older the parent-time gradually increases.

“We have default parent-time statutes in place that deal with what the Legislature thinks is appropriate based on the age of the children if the parents can’t agree,” Beckstrom said.

There’s also a law called the “relocation statute” that addresses custody and parent-time issues when parents live 150 miles or more away from each other. Under that statute, the parent-time during the school year is decreased, with increased parent-time occurring during the children’s summer vacation.

Child support is an issue in any divorce case involving children. There is a strong public policy that noncustodial parents contribute to the support of their children.

In Utah, the gross income from each parent as well as the number of children is plugged into a formula that provides what the parties’ child support responsibilities will be, Beckstrom said.

“There’s really no discretion,” he said. “Parties don’t have to argue about what they think is a fair amount; it’s just designated by statute.”

Alimony, which is spousal support, is often an issue in divorce matters. The longer the marriage term has been, the more likely it is that there will be an alimony award. However, alimony is primarily an economic analysis.

Alimony does not have a formula like child support, and therefore is much more discretionary leaving room for argument. In cases where there is disagreement in the divorce proceedings, costs can increase, Beckstrom said, which is something most people want to avoid. 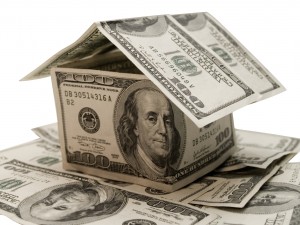 Other issues incident to a divorce are property division and debt allocation. If any property or debt is acquired during the marriage, it is deemed marital property and subject to equitable division, Beckstrom said, with some exceptions.

“If the property  is acquired by gift or inheritance and thereafter kept separate, or if the property can be traced to a separate asset held before the marriage, then there may be an argument that it’s separate property,” Beckstrom said. “But typically, property acquired during the marriage will be divided equally in Utah.”

What to look for in an attorney

Many  lawyers handle divorce cases, Beckstrom said. But in law, and particularly divorce, you want to be represented by someone whose primary area of practice is divorce.

“Having a lawyer that specializes in this area of law can bring a lot of peace of mind to people that are going through a terrible thing in their lives,” Beckstrom said. “Going through a divorce can sometimes be as emotionally taxing as experiencing the death of a loved one.”

Above all, Beckstrom views his role as a divorce attorney as one that does not just give advice and representation to his client but one that helps the person through the grieving process. Part of that, he said, is to be amiable and understanding to both sides, and to always take a measured approach.

“It’s my job to zealously represent my client and advocate their positions, but it is also my job to educate them about the wisdom of some of those positions,” Beckstrom said. “I think that’s imperative to any good lawyer.”

SWAT called out during arrest of suspect facing first-degree rape