Joshua Bryant on his run from the Arizona State Border to Idaho, planning to finish in eight days. Location not specified, circa January 2015 | Photo courtesy of Cory Reese, St. George News

ST. GEORGE — Many are calling him Utah’s own Forrest Gump as Joshua Bryant began a 453-mile run from the border of Arizona to Idaho, which he plans to accomplish in eight days and only stop to sleep.

Joshua Bryant, 29, of Ogden, has been running 100 miles across the state of Utah for the past four years as a birthday celebration journey; but, this year for his 30th birthday which is Jan. 31, he said he wanted to go for a bigger journey.

“I wanted to run 300 miles from my house in Ogden to my brother’s house here in Cedar City,” Joshua Bryant said. “After doing all the math I realized I was really close to both state borders so I figured why not run a little farther and just go border-to-border.”

With a headlamp, glow-in-the-dark safety vest, and pushing a baby stroller full of food and other supplies, Joshua Bryant began his journey just outside St. George Wednesday. His route will take him through Cedar City, Milford, Delta, Payson, Salt Lake City, Ogden, to his finish line across the Idaho state border.

As of Sunday night, Joshua Bryant is in Delta and will continue his journey Monday morning. It has had its ups and downs, he said. Friends have followed him to cheer him on, run with him, and bring him food while cops stopped to question him.

“While I was running for a bit on the Interstate, and because I have all my supplies in a jogging stroller, people called into the police saying I was running on the freeway with a baby; so I got pulled over on the Black Ridge,” Joshua Bryant said.

During the first leg of the journey, which ended in Cedar City, Joshua Bryant said, he enjoyed the scenery of Kolob Canyon and had to endure a north headwind all night long while dealing with a flat tire on his stroller.

“Pushing a 40-pound stroller up the Black Ridge was pretty difficult,” he said. “I got pretty sick for about five hours where I was not able to eat.”

Much like the iconic Forrest Gump, people began to join and run with Joshua Bryant, including Cedar City resident Amanda Runge. Runge, a personal trainer who has run many marathons, ran with him near Minersville on Friday. She knew it would be a tough journey for Joshua Bryant, she said.

“It was cool to be a part of something that was bigger than myself,” Runge said. “He is taking on this huge undertaking and it was great to be a small part of his journey, to be there with him as he completed his first leg – he had been running for 24 hours straight by the time he finished – and he was just so tired and over it.”

Joshua Bryant’s brother, Andrew, had been running with him when Runge joined both of them to encourage them as they finished the first leg of the trip. Andrew Bryant said the experience of running with his brother will be something he will never forget.

“I don’t think I’d have the will power to do what he is doing,” Andrew Bryant said. “He is my hero. It’s been such a humbling experience seeing how much pain he is in, but he still pushes on. He is doing great and he keeps a good attitude.”

Joshua Bryant said a quote by 35th U.S. President John F. Kennedy has inspired him throughout his runs across the state.

We choose to go to the moon,” Kennedy said in a speech at Rice University in 1962. “ We choose to go to the moon in this decade and do the other things, not because they are easy, but because they are hard, because that goal will serve to organize and measure the best of our energies and skills, because that challenge is one that we are willing to accept, one we are unwilling to postpone, and one which we intend to win, and the others, too.” 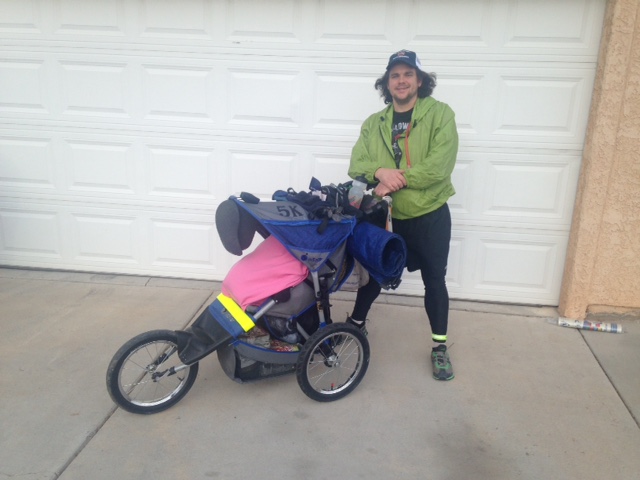 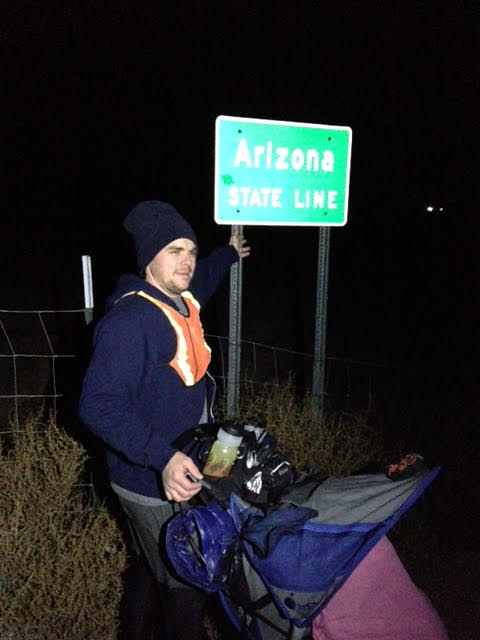 Joshua Bryant at the Arizona-Utah state line, where he prepares to run to Idaho in eight days, near St. George, Utah, Jan. 21, 2015 | Photo courtesy of Joshua Bryant, St. George News 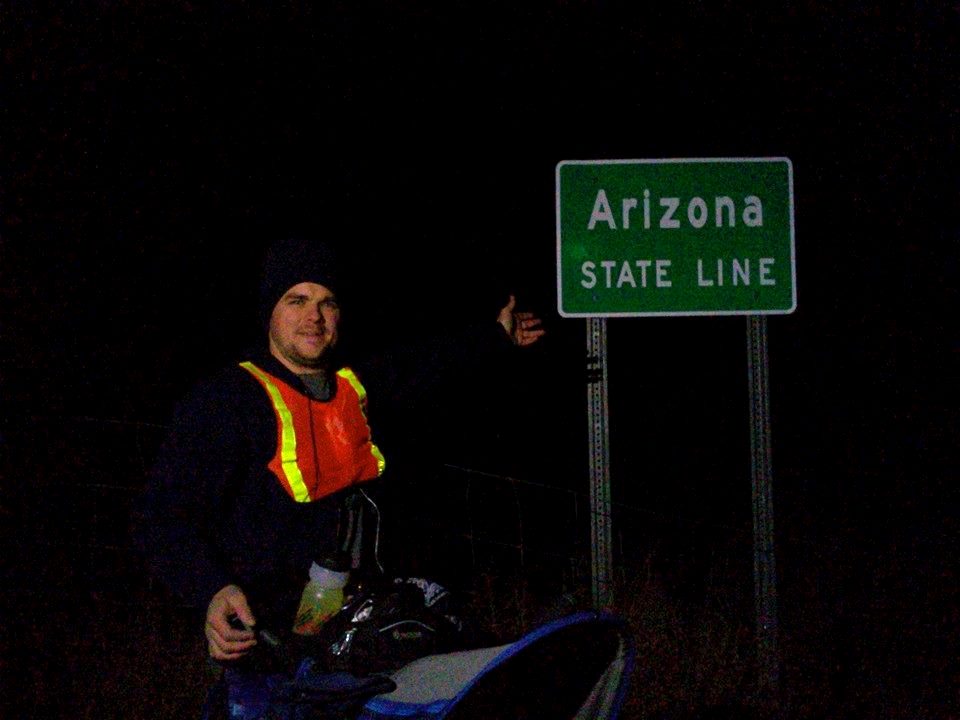 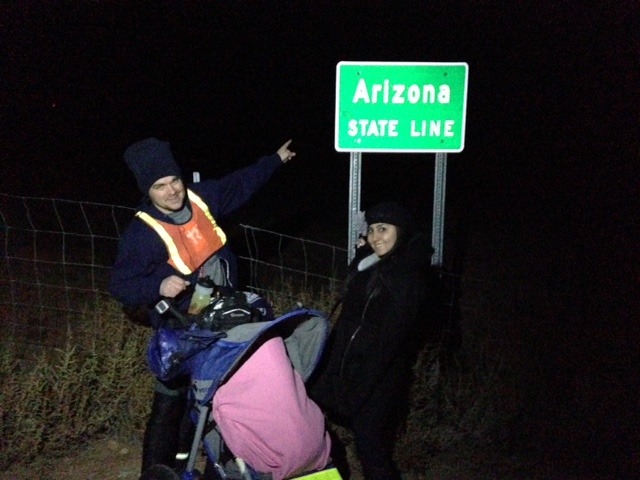 From L-R: Joshua Bryant, Alejandra Bryant. Joshua Bryant starts his run from the border of Arizona to Idaho which he plans to finish in eight days, near St. George, Utah, Jan. 21, 2015 | Photo courtesy of Andrew Bryant, St. George News 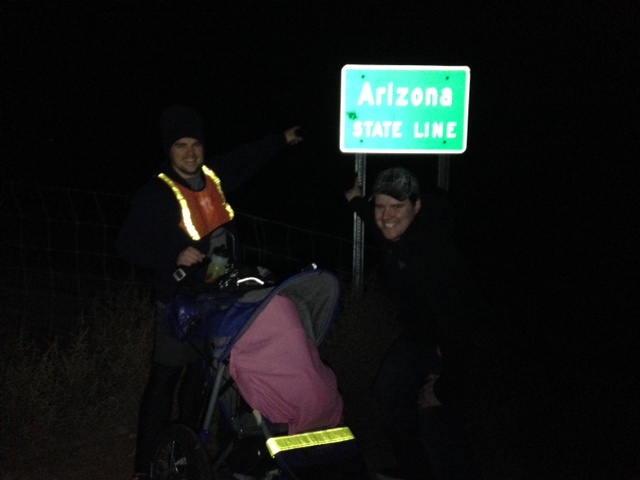 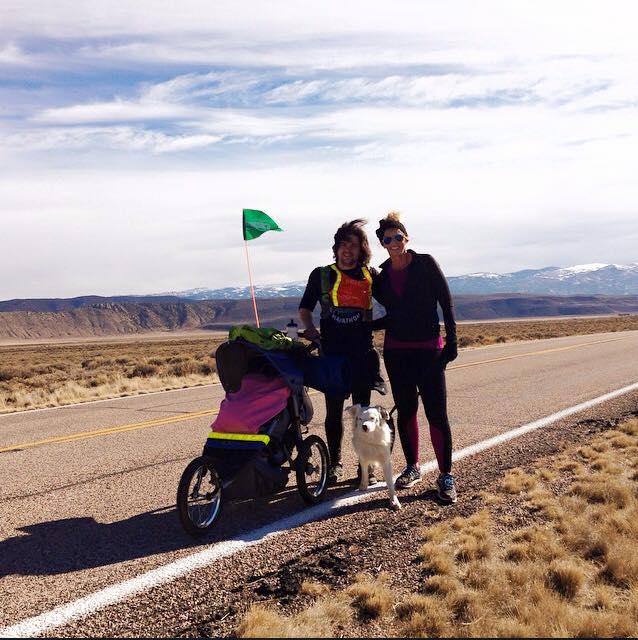 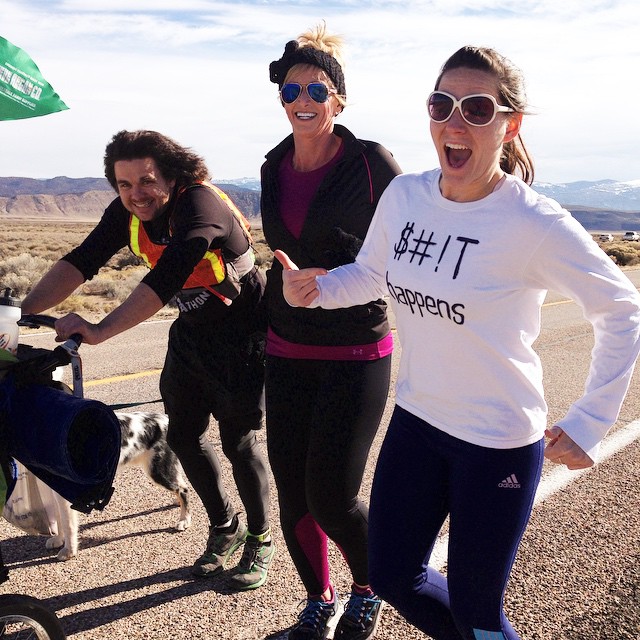 From L-R: Joshua Bryant, Alice Heidenreich and Amanda Runge, as the women join Joshua Bryant for a leg of his birthday run from Arizona to Idaho. Photo taken near Minersville, Utah, Jan. 23, 2015 | Photo courtesy of Amanda Runge, St. George News 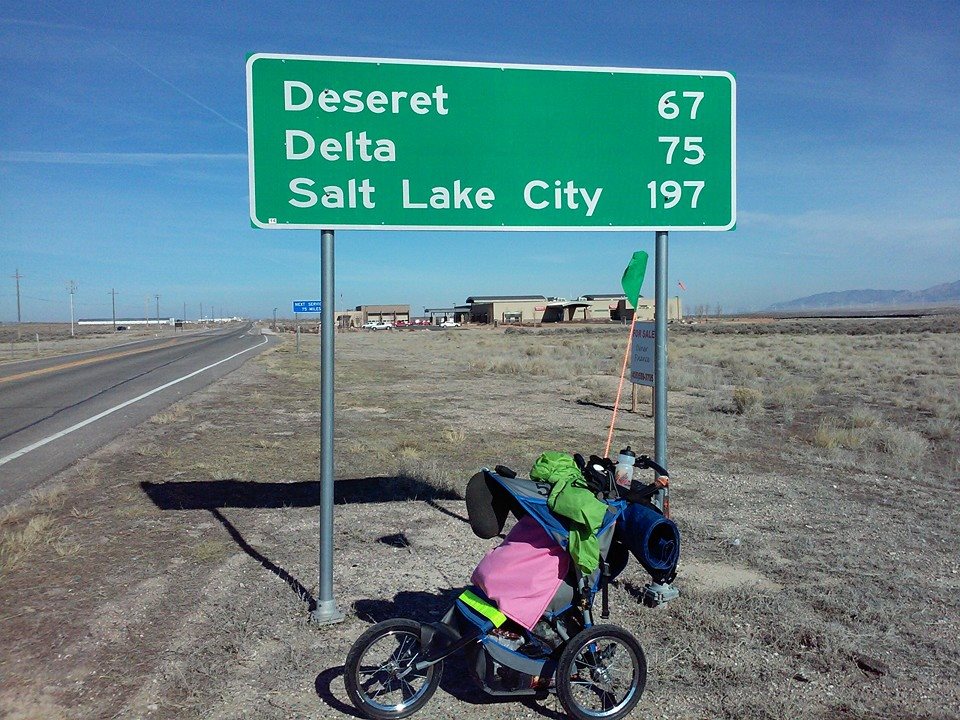 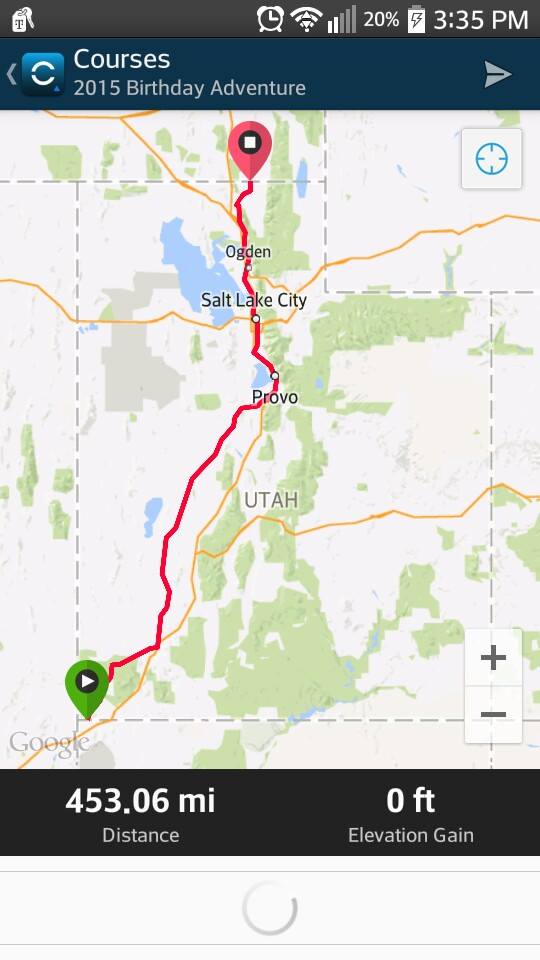