The Red Hills Desert Garden is a project overseen by the Water Conservancy District on behalf of several participating entities that began its planning stages in 2008.

Purpose of the Desert Garden

“All of this is coming together first and foremost to teach water conservation with desert landscaping,” Corey Cram, assistant general manager of the Washington County Water Conservancy District said. “Tying in with that, we have great opportunities to teach about the environment in which we live with these endangered species programs.”

The Red Hills Desert Garden will also include classes on landscaping, gardening, water conservation, endangered species conservation, tours, and will be free to the public. Another big feature is dinosaur tracks that were discovered as work on the project continued.

“We want people to be hands-on and appreciate this stuff,” Cram said. “The level of detail on these tracks are incredible. While this is mainly a water conservation effort, we want to highlight some of these other things as well.”

Cram said he anticipates the Red Hills Desert Garden being visited by tens of thousands of people once it is completed. The location along Red Hills Parkway provides great visibility, he said, and, as it is next to Pioneer Park which already attracts many visitors, people may also want to see what the stream and desert garden are all about.

In addition to the aforementioned features, the main attraction is an 1,150-foot stream that will run throughout the park and hold some native and endangered fish species. The water comes from the Virgin River and provides a natural habitat for the fish, Cram said.

A viewing area has been built that will allow visitors to look into the stream directly through three different windows. The viewing area itself will be accessible through a path built to resemble a slot canyon.

The project cost nearly $1 million to complete, but the actual numbers haven’t been totaled yet, Cram said.

The Water Conservancy District is overseeing the Red Hills Desert Garden, according to interviews with Cram in connection with a July 2014 St. George News Report, partnering with the City of St. George, the Virgin River Program, U.S. Bureau of Reclamation, Utah Division of Water Resources and the Red Cliffs Desert Reserve, according

To date, the Virgin River Program has donated $400,000 specifically for the fish viewing area; Utah Division of Water Resources donated $20,000 to the project; the City of St. George donated the land that the park sits on; and all of the other costs were the Conservancy District’s, Rathje said. The other partnering organizations previously mentioned have yet to donate to the project, she said.

Development of the Garden

Phase I, which included rough grading of the site, installation of utilities and the building of concrete retaining walls, began in the fall of 2011.

Phase II, began in the fall of 2012, including the building of a restroom, pump house, additional concrete walls and faux rock to surround the structure, and was in progress.

Earlier target dates for completion were delayed due to scheduling conflicts with different organizations involved with the project, Karry Rathje, public information manager for the Conservancy District said, and the new opening date is set for spring 2015.

“We are planning to host a grand opening event in the spring,” Rathje said. “But a date has not yet been set.”

“Whenever we have opportunities to involve the community, we want to postpone or delay the project slightly to accommodate their schedules,” she said.

In addition, Rathje said, planting of some types of vegetation can only be done during certain times of the year. 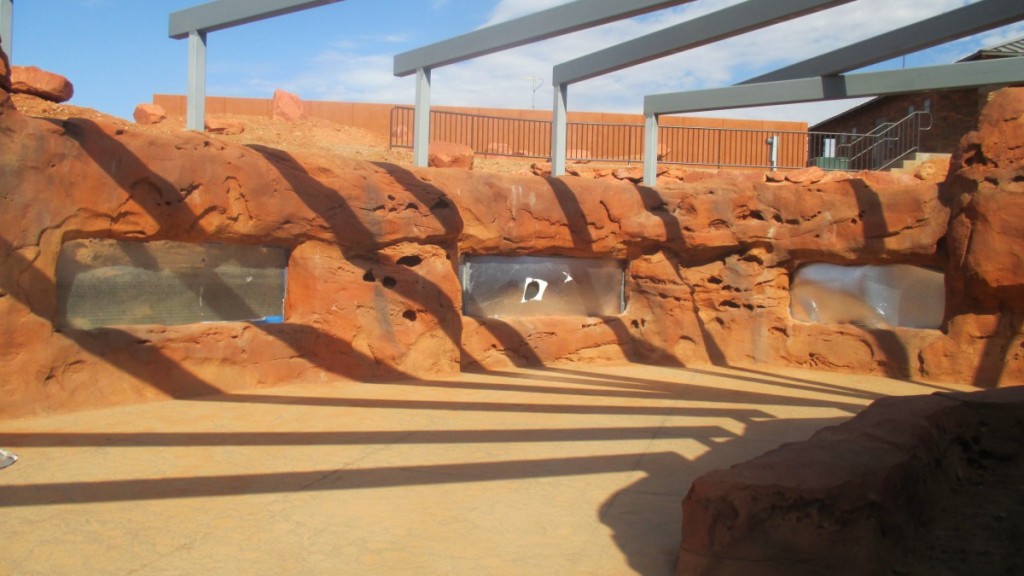 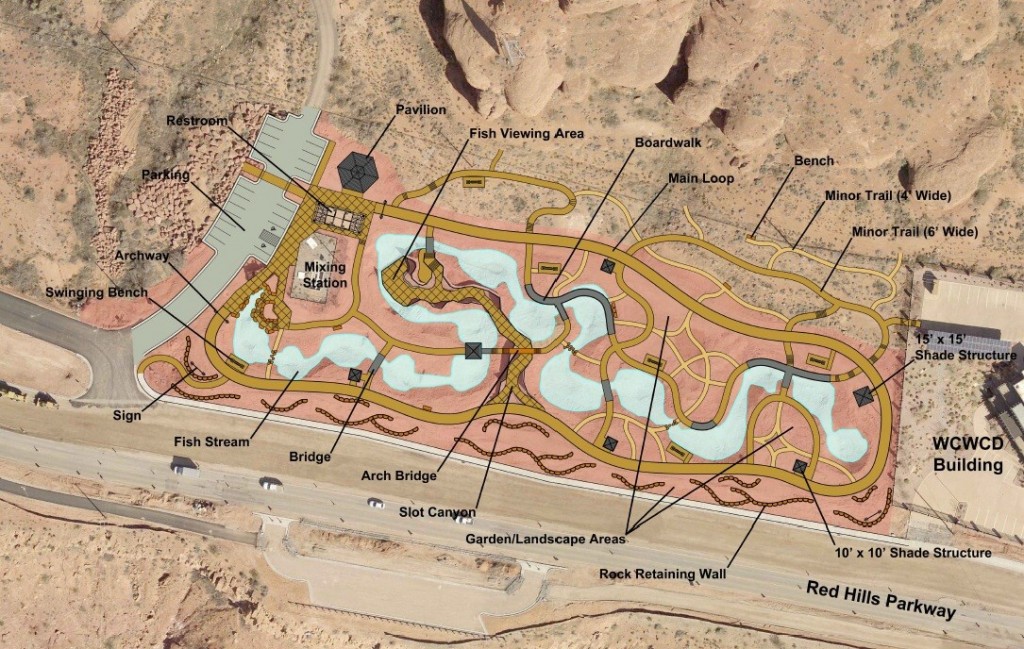 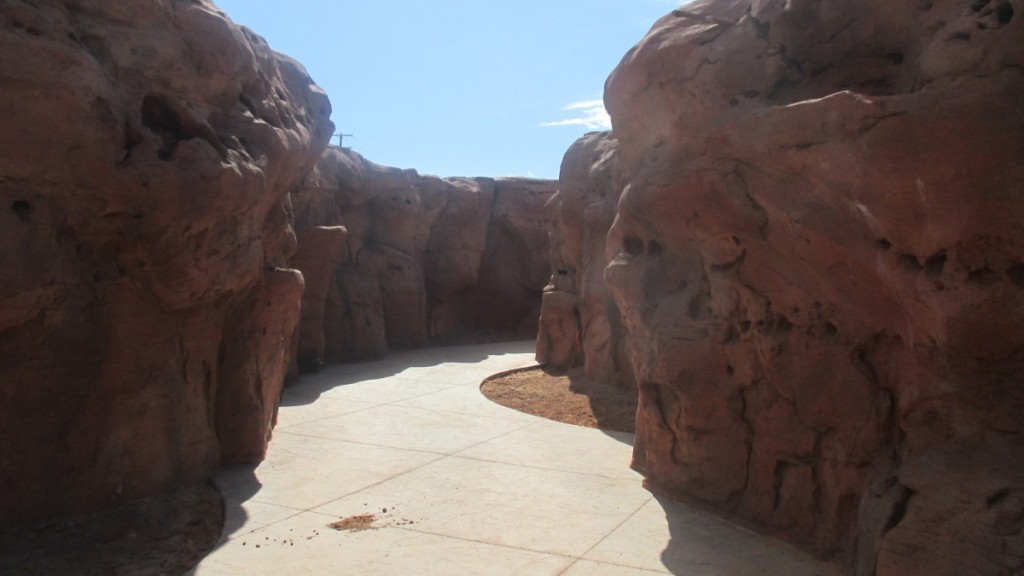 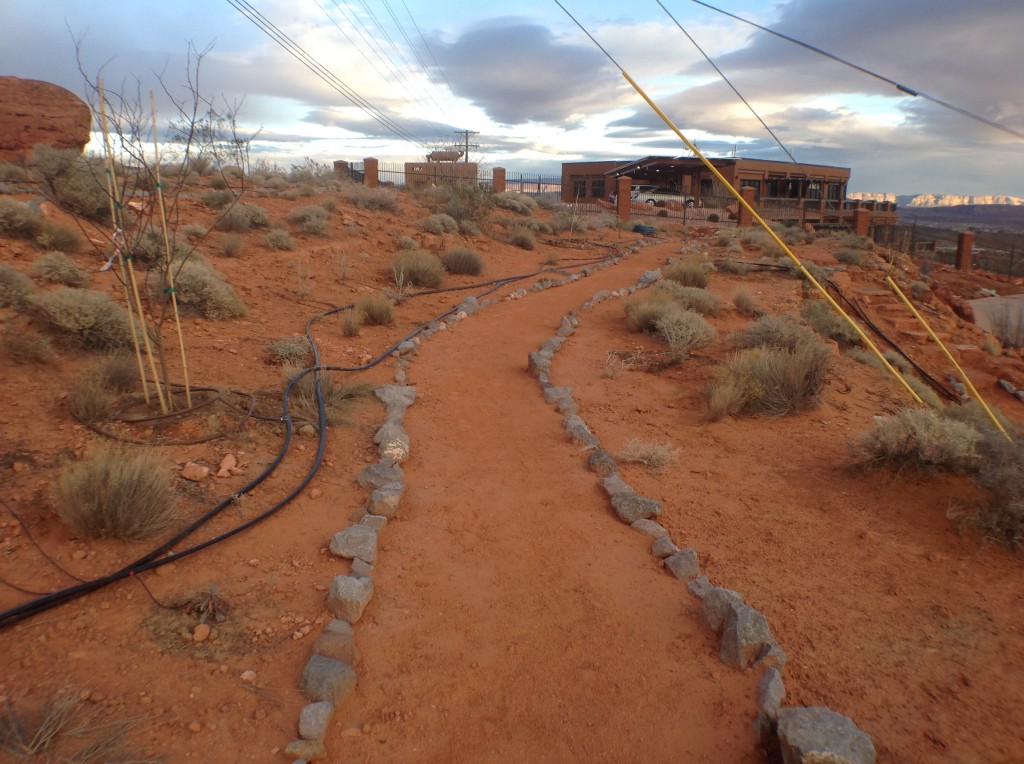 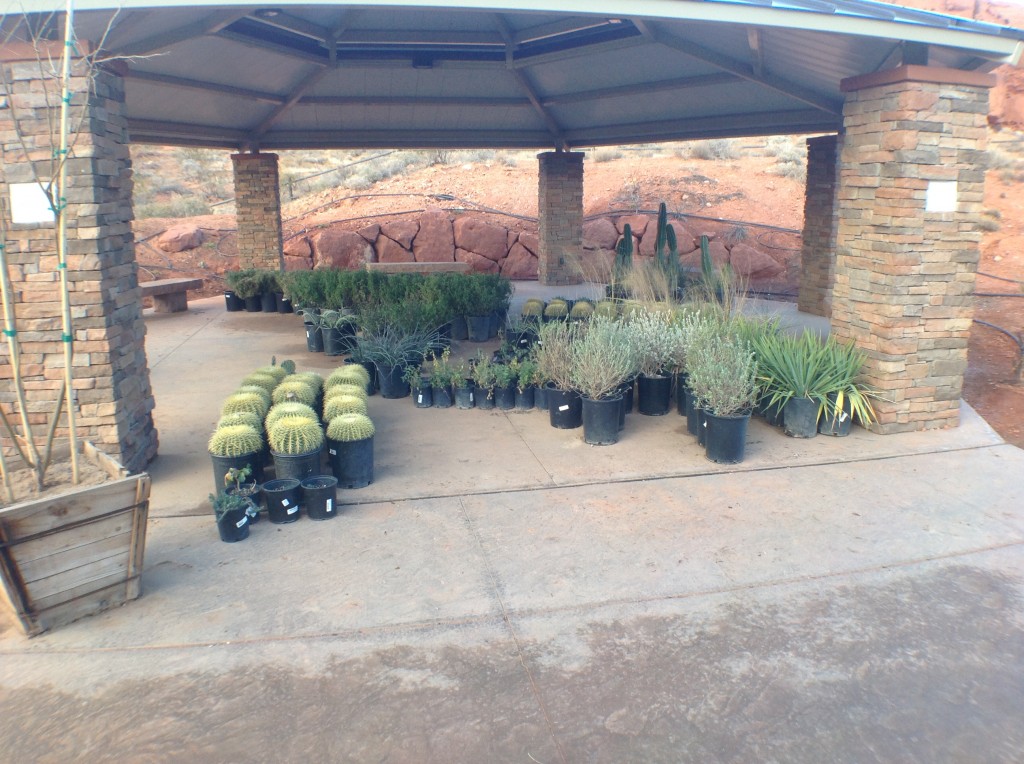 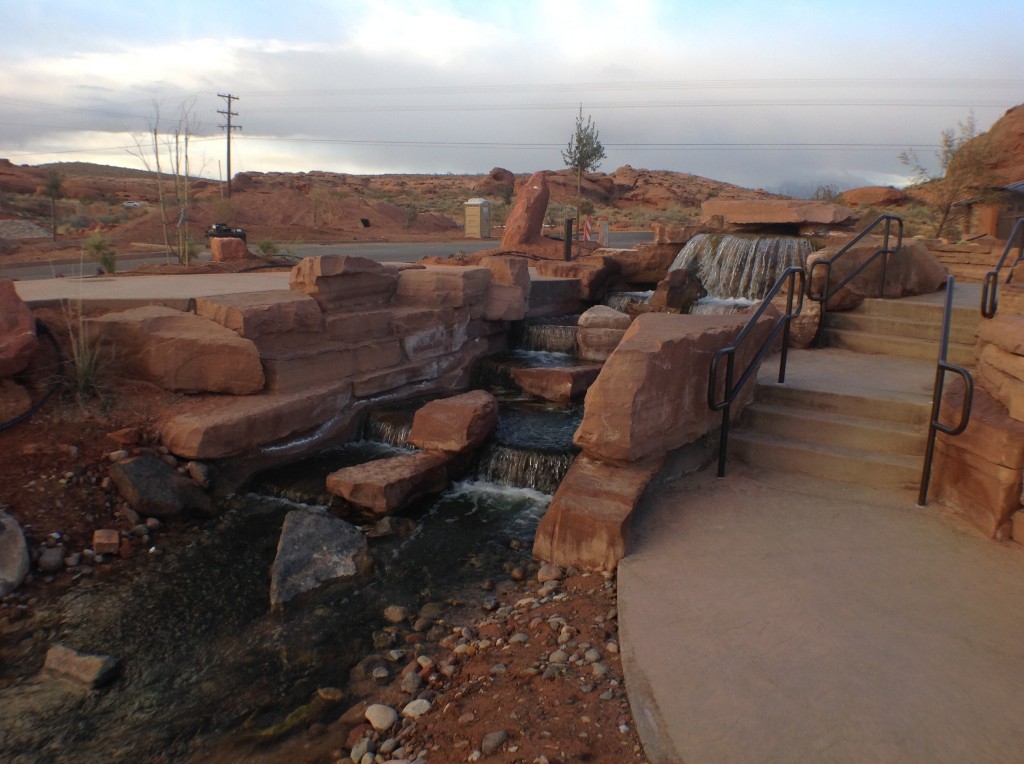 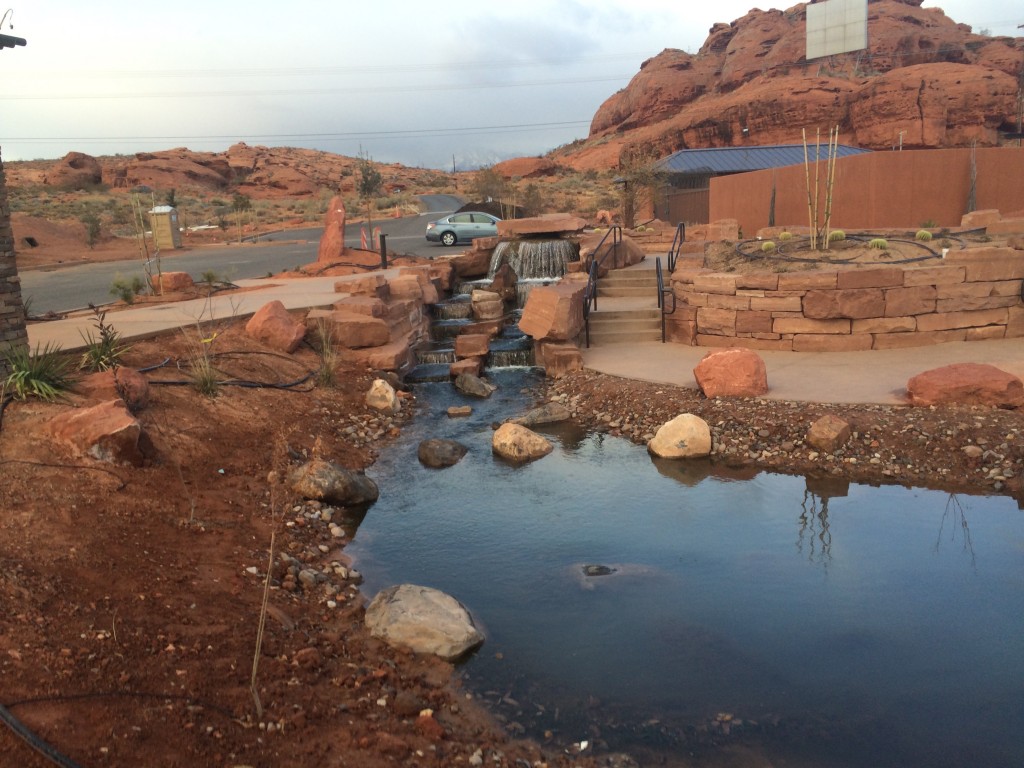 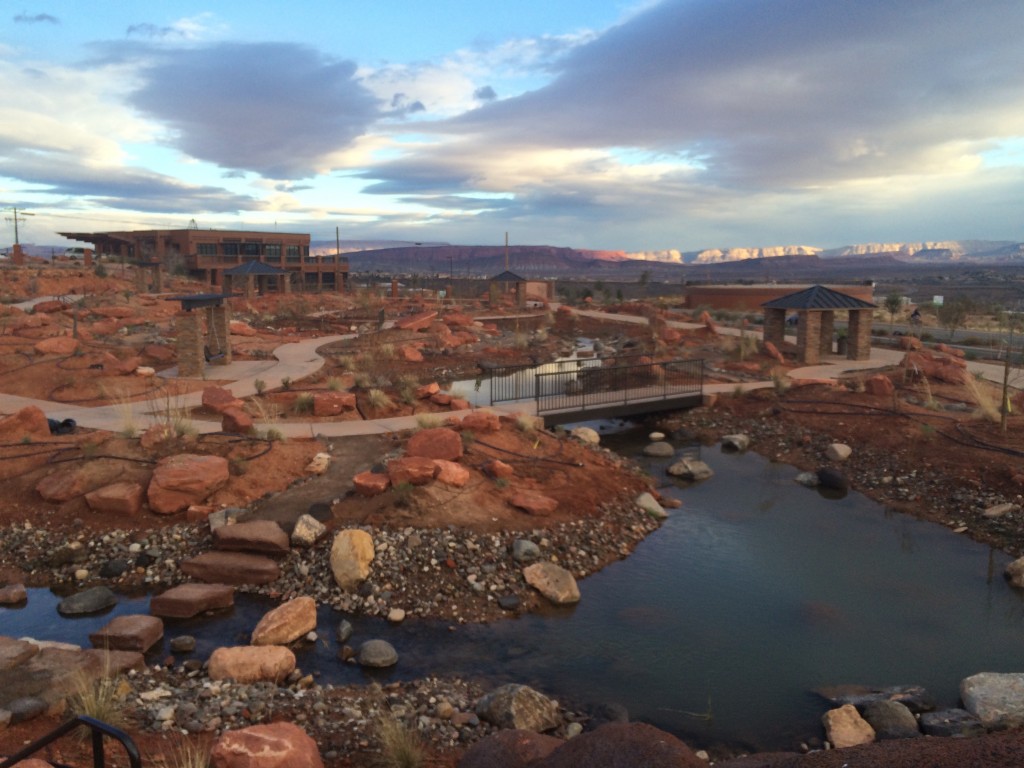 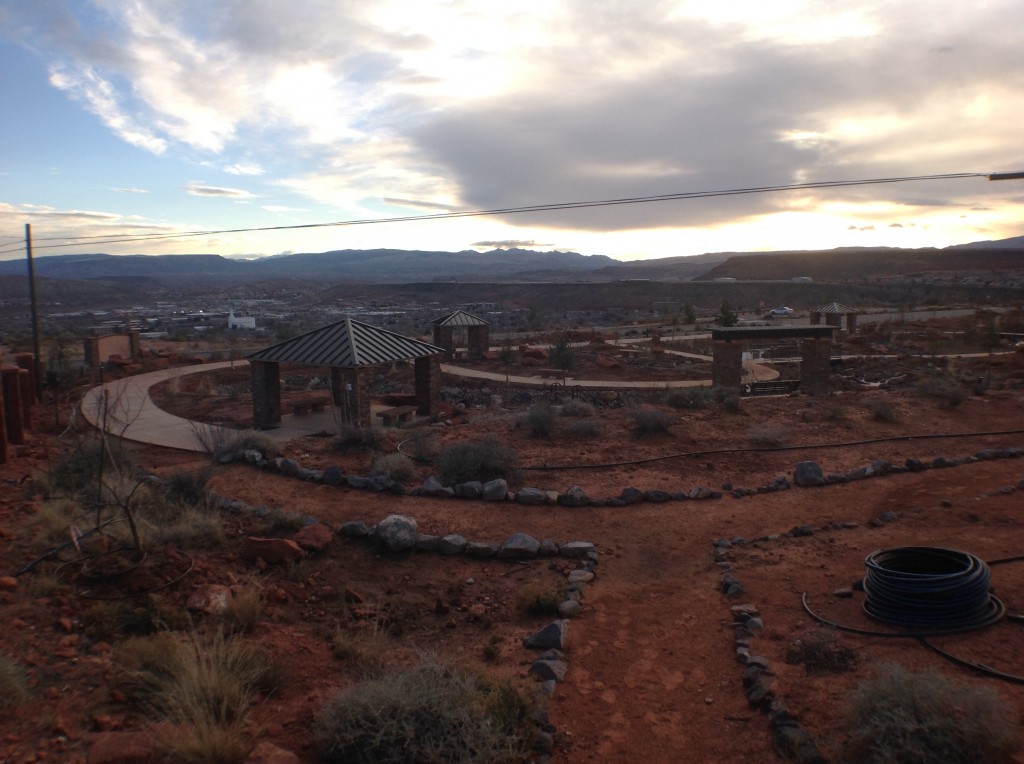 Brett Brostrom has lived in St. George for 12 years. He has played guitar for 11 years and loves music. He enjoys spending time with his wife, participating in sports, and training with his German shepherd. He is currently studying mass communication at Dixie State University.

Letter to the Editor: Exceptional drought requires us all to 'Know Water' and how to save it