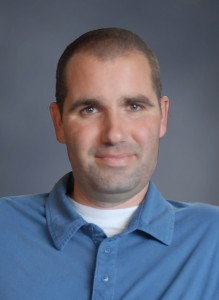 Benjamin Price Thomas, age 33, passed away peacefully in his home on Tuesday, December 23, 2014.  He was born March 18, 1981, in American Falls, Idaho, to Charles Eric Thomas and Debby Price Thomas.

Ben was raised in Washington, California, and Idaho.  He graduated from Idaho Falls High School in 1999.  After serving a two year mission for the Church of Jesus Christ of Latter Day Saints in Copenhagen, Denmark, he graduated with an Associates Degree from BYU-I and then continued on to Brigham Young University where he earned a Bachelors Degree in Business Finance.  While attending BYU Provo he met and fell in love with Jena Green.  They were married in the St. George LDS Temple on August 14, 2004.

Upon graduation, Ben and Jena moved to St. George where he worked for Porter & Associates as an appraiser.  In June 2010, they welcomed their daughter Emmerson into the world.  Jena and Emmy are the light in Ben’s life.

Ben was diagnosed with ALS (Lou Gehrigs disease) in Fall 2010.  Early on in Ben’s diagnosis he made it very clear that ALS might take his physical body, but he refused to let it take his joy and happiness.  If you knew Ben, he truly was happy.  He said it best when he said, “Happiness is a choice, and I choose to be happy.”

Ben wanted to thank everyone for the love and support shown to him and his family.  The MDA for all the support and equipment provided.  To his friends, near and far, ward members, and especially his family for all they’ve done for him.

He is also survived by his in-laws who truly were family to Ben, Michael and Sharilyn Green, St. George and siblings, Nate (Keith), Jared (Danielle), Mark, Michelle, and Jessica.

Arrangements have been made under the direction of Heideman Hughes Mortuary, telephone 435-674-5000.