COMMENTARY — We had our Media Day and a few preseason games have been played, but tonight things get serious. It’s time to start region play. 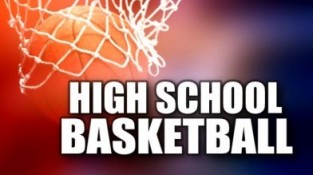 OK, so there should be an asterisk there because we only play two Region 9 games in December. There is a set of games tonight and also next Wednesday. Interspersed with those games are plenty more preseason contests, but coaches, players and fans better take these two pre-Christmas games very seriously.

Last season, Snow Canyon won the region with a 9-3 record, but Pine View, Desert Hills and Cedar finished at 8-4, just a game behind. The champ and all the seedings quite literally came down to the final seconds of the last game.

There were two pre-Christmas region contests a year ago, and man were they big. Snow Canyon beat Pine View last Dec. 18. Desert Hills beat Cedar that same night. Those two games were huge when it came down to the end of the year.

Tonight, Pine View is at Snow Canyon and Cedar is at Desert Hills, with the Panthers and Thunder expected to be title contenders. The third region game tonight has Hurricane hosting Dixie, with the Flyers also picked as a title contender and the Tigers returning an experienced squad.

Next Wednesday (Dec. 17), we get a second early region game as Desert Hills is at Dixie, Hurricane is at Pine View and Snow Canyon is at Canyon View.

There is also a local tournament this weekend, and while it won’t do anything in the region standings, it’s always fun to watch the Ken Robinson Invitational. Dixie and Desert Hills will be involved with that and Pine View will make its annual pilgrimage to the NGS Tournament in Page, Ariz. (see game schedules below).

It’s way too early to get excited about a possible power shift in Region 9 girls hoops, but the first region games last night were illuminating.

With seven seniors graduating, including all-state performers Haley Bodnar and Blair Bliss, Desert Hills was ripe for a few losses early on. But two key contributors from the state championship team are back in Ashley Beckstrand and Kenzie Done and both played well last night, despite the 45-43 loss to Cedar.

Cedar’s Courtney Morley played like an MVP against DH, with 25 points and 15 rebounds.

As for Hurricane, the Lady Tigers lost senior scoring machine Brooklyn Gubler, so logic would dictate they would have a hard time scoring. But Hurricane scored plenty Tuesday night. Stopping Dixie was the problem. The Lady Flyers and Aubri Challis out-gunned Hurricane 69-55.

So, with 10 wins and more than 70 losses the last four years, Pine View looked for a change. Enter Chris Brinagh. The former Dixie State wide receiver, who has been an assistant in football and basketball at Pine View the past few years, is the coach now at PV.

And for now, Brinagh has a perfect record. Pine View beat Snow Canyon 62-52 Tuesday night to go 1-0 in region and 3-0 overall. Of course, Pine View is not going to go undefeated and the Lady Panthers will still have to fight hard just to make the playoffs, but there seems to be a new attitude at PV and it’s nice to see them get up off the mat.

The girls also get two region games in before Christmas.

Here’s a look at this week’s girls basketball schedule:

Wrestling and swimming fans and parents, St. George News would love to cover your events. Email schedules and results to [email protected].