RICHFIELD – The three teams picked to finish at the top of Region 9 flexed their muscles Friday in Richfield at the 2A/3A Preview here in the Sevier Valley Center.

Desert Hills got the first region win of the day with a 74-61 torching of Grantsville. Pine View followed by lighting up Emery to the tune of a 72-47 win. Dixie finished up the evening with a 64-54 win over South Sevier.

“It’s very similar here to a state tournament type atmosphere,” Dixie coach Ryan Cuff said. “It’s also good to get games early against teams that are quality opponents. And we also get a chance to scout and watch other teams from our region play.”

Five Region 9 teams were at the tourney, with Cedar dropping an early game to Payson 56-51 and Hurricane getting beat up by Morgan 59-44. Both southern Utah teams led in the first half of those games, but faded after intermission.

The Thunder got a virtuoso first half from Quincy Mathews, who had 18 points in the first 16 minutes. The second half belonged to Austin Adams, who scored 18 in the game, most of them after halftime.

“He’s our second-half beast,” Thunder coach Wade Turley said. “Of course, we need to do a better job of keeping him out of foul trouble in the first half.”

Desert Hills led by 15 in the first quarter and held a 35-22 lead at the half after Grantsville hit a 3-pointer at the halftime buzzer. The Cowboys scrapped and fought in the second half and pulled the deficit under 10 a couple of times. But the second-half foul-fest ended with the Thunder making 30 of 45 free throws (67 percent) and pulling away for the 13-point win.

Mathews also had 13 rebounds and Logan Hokanson added 13 points for DH, which improved to 1-1 on the season. The Thunder play at 4:30 p.m. Saturday against hometown favorite Richfield.

The Panthers looked impressive against Emery in the mid-afternoon game, with Garrett Bowker and Kody Wilstead combining for 34 points.

Pine View stretched the lead in every quarter as Bowker dominated the outside and Wilstead owned the inside. Bowker had five 3-pointers (on nine attempts) and also finished with a couple of steals and a couple of assists.

Wilstead, meanwhile, had 17 points, 12 rebounds and 8 blocked shots in his effort off the bench. He recently joined the team after originally planning to graduate high school early and leave on an LDS Mission in January. But Wilstead will now leave later in the spring, making him a major player in the Region 9 race.

Cody Ruesch, who started at center for PV, scored 12 points and grabbed 10 boards. Point guard Chaz Peterson, who has taken on a more pass-minded role this season, collected nine assists and had no turnovers.

The Panthers shot better from beyond the arc (9 for 21) than they did on two-point shots (15 for 38). Wilstead also brought the house down with two alley oops slams just two minutes apart in the first half.

The Rams have established a great tradition at the 2A level, but were no match for the Flyers Friday evening.

South Sevier cut it to six in the fourth quarter, but Dixie was just too strong along the guard line, with Jake Hawes, RJ Wilgar and Tyler Bennett repeatedly finiding ways to get to the basket and convert easy buckets.

“That’s an excellent team and it was a good test,” Cuff said. “We have a long ways to go. One thing we know is we need to play better defense.”

Hawes was sensational once again, going off for 24 points a night after torching Richfield for 30. Wilgar was sharp as well, scoring 16 points and hitting three 3-pointers. Bennett added 15 points and drew oohs and ahhs in the first half with a smashing slam dunk on a fast break.

Dixie actually trailed by two in the first quarter, but dominated the second and third periods, pushing a 13-11 deficit into a 48-34 advantage. But the Rams, behind the sharp shooting of Kolten Bigelow and Trevor Jones rallied and made a game of it. Hawes and Wilgar hit big driving layups to quell the comeback late in the game.

Dixie, 2-0, now battles Grantsville at the tourney with a 3 p.m. tipoff time set at the Sevier Valley Center.

The Tigers started well and held a 21-14 lead on the defending state champs midway through the second quarter. That’s when the Trojans turned up the pressure, outscoring the Hurricane 19-4 the rest of the first half.

Morgan, known for its full-court trapping defense, forced the Tigers into 15 first-half turnovers and 25 in the game.

“We really have to take care of the ball,” HHS coach Todd Langston said.

Hurricane dominated some aspects of the game, even out-rebounding Morgan 33-25. But the Trojans shot a much higher percentage (48 percent to Hurricane’s 33 percent in the game).

Bridger Streadbeck was the star of the game, nearly tallying a triple-double with 24 points, 10 rebounds and 7 steals.

HHS was led by Austen Beatty with 16 points and 7 boards and Reagan Hinton had 13 points and 9 rebounds.

The Tigers, 0-2, battle Emery at 1:30 p.m. Saturday at the SVC in the second day of the Richfield tourney.

Kyle Wood had a great game, but it wasn’t quite enough for the Redmen, who fell to 1-2 with the loss.

Wood had 24 points on 8 of 14 shooting and also dished out 7 assists for Cedar, which led by as many as 12 points in the first half.

But the Lions rallied late in the half and cut the Cedar lead down to 29-27 at intermission. Payson took its first lead early in the third quarter and did not trail in the fourth. The Lions forced Cedar into 16 turnovers.

Dallin Jasperson and Bryce Wiberg had 14 each for PHS and Damon Bahr added 10 as the Lions went to 2-2.

Sophomore Mason Fakahua added 11 for Cedar, which battles at 9 a.m. Saturday against Morgan.

In Nephi, the Falcons grabbed a road win over the Wasps behind 24 points from Ty Nielson.

The game was tied 27-27 at the half, but CV dominated after intermission. Keaton Kringlen had 12 points and Derek Dunnell added 10 as the Falcons opened their season on the plus side.

Dillon Douglas had five 3-pointers and 20 points to pace the Wasps. 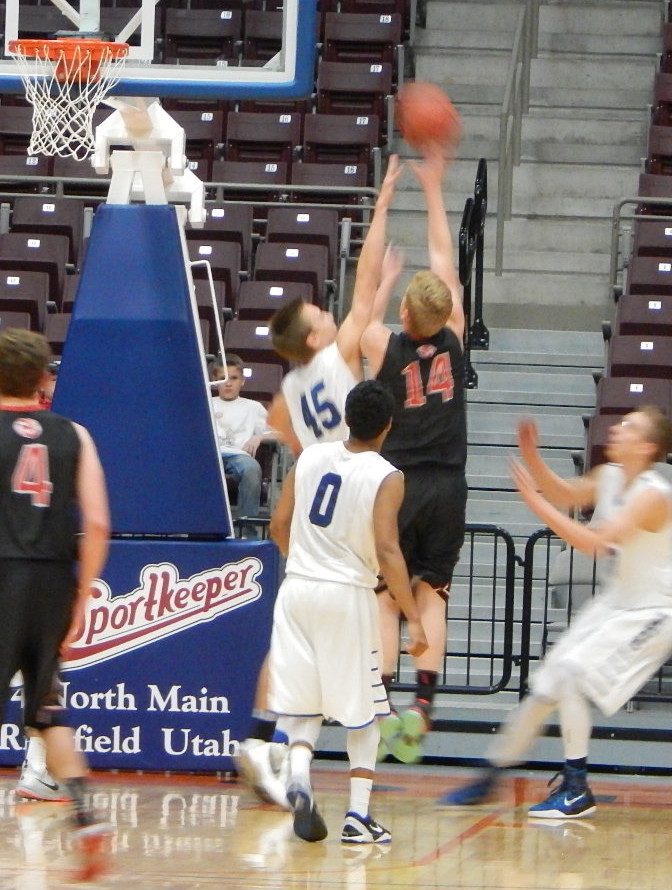 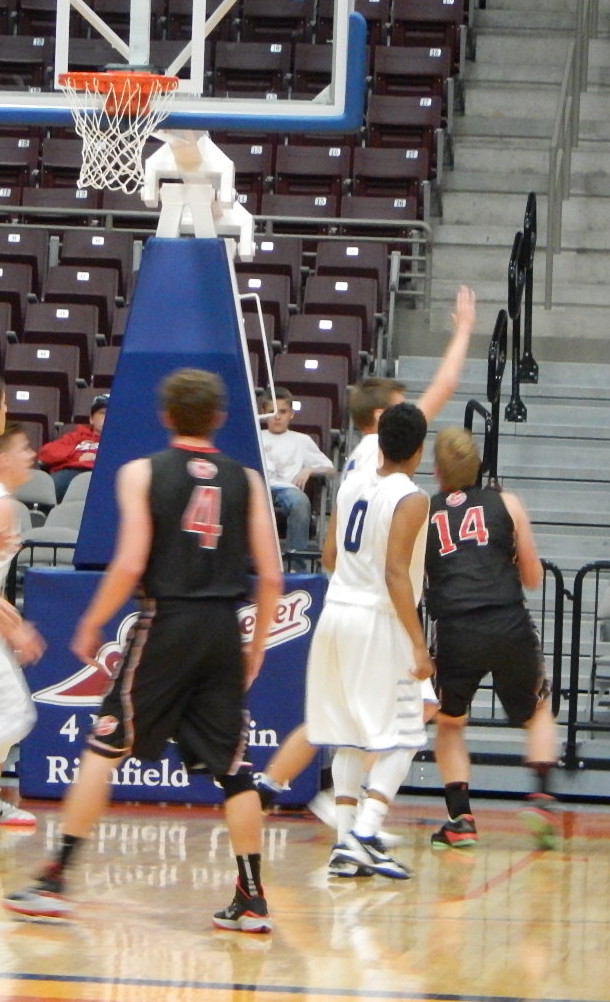 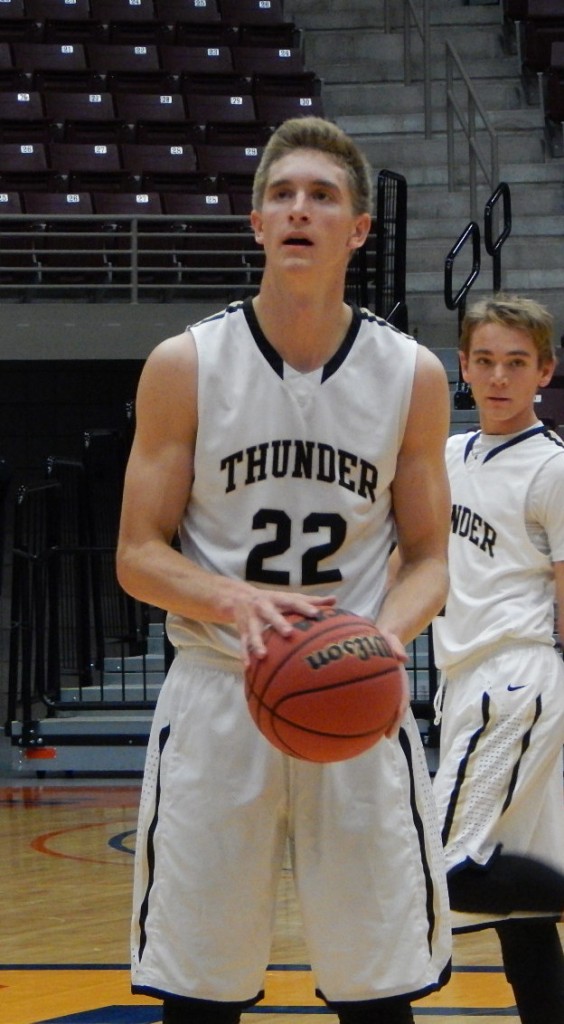 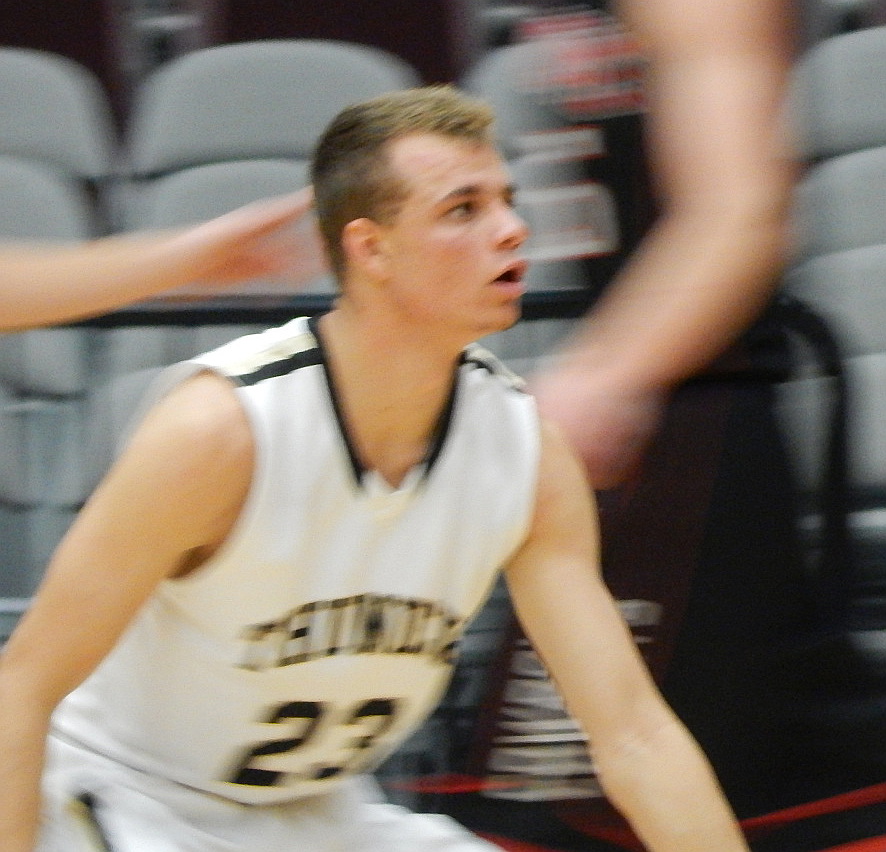 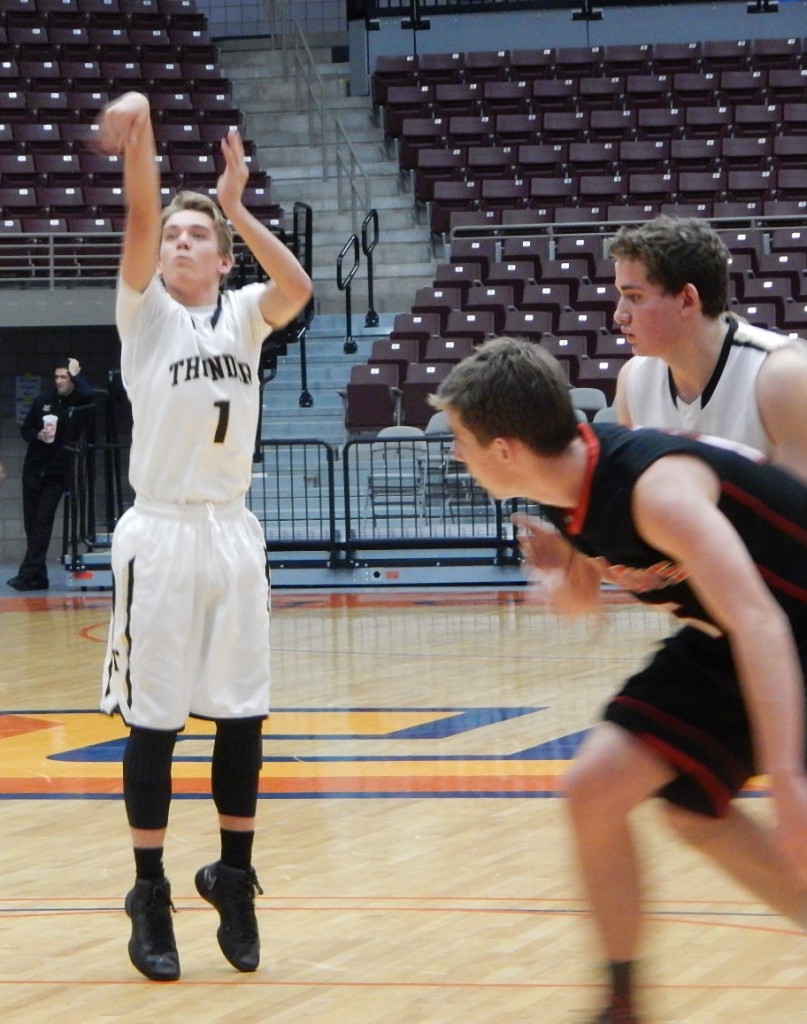 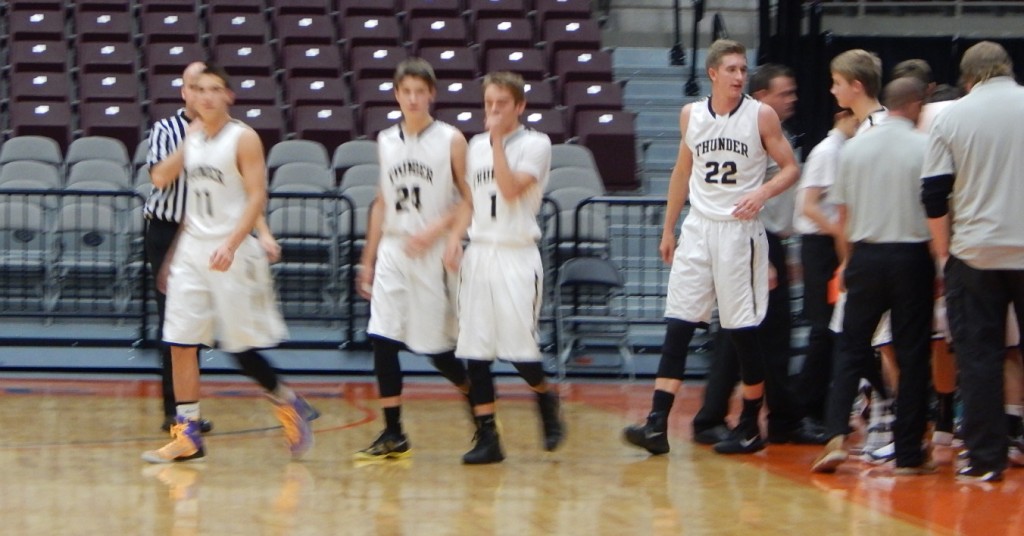 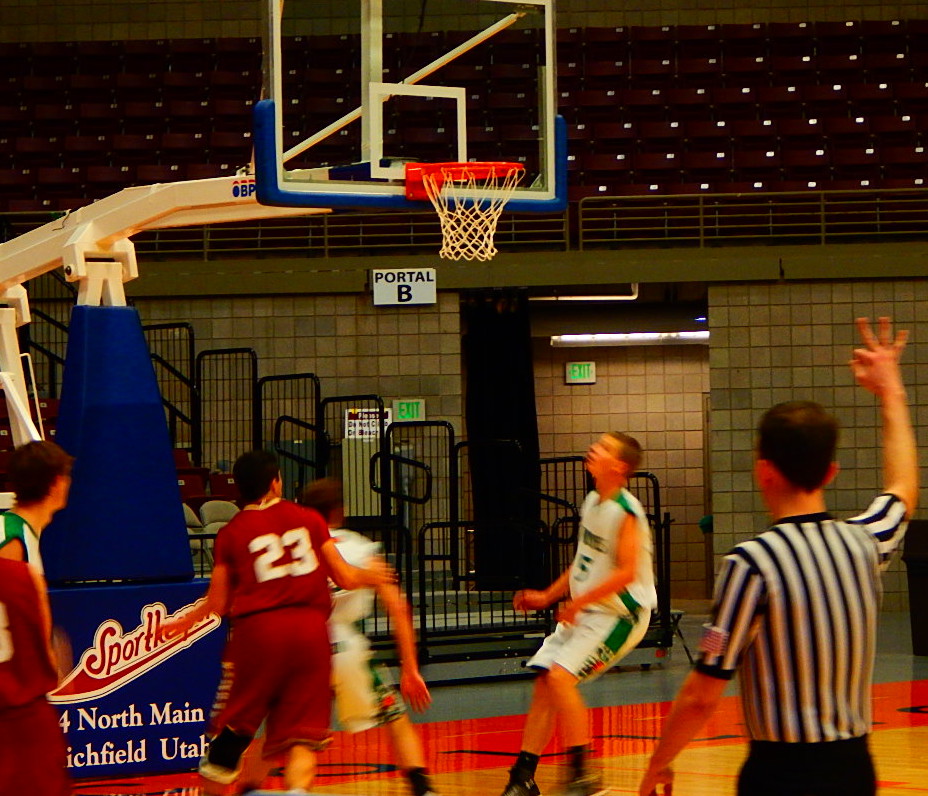 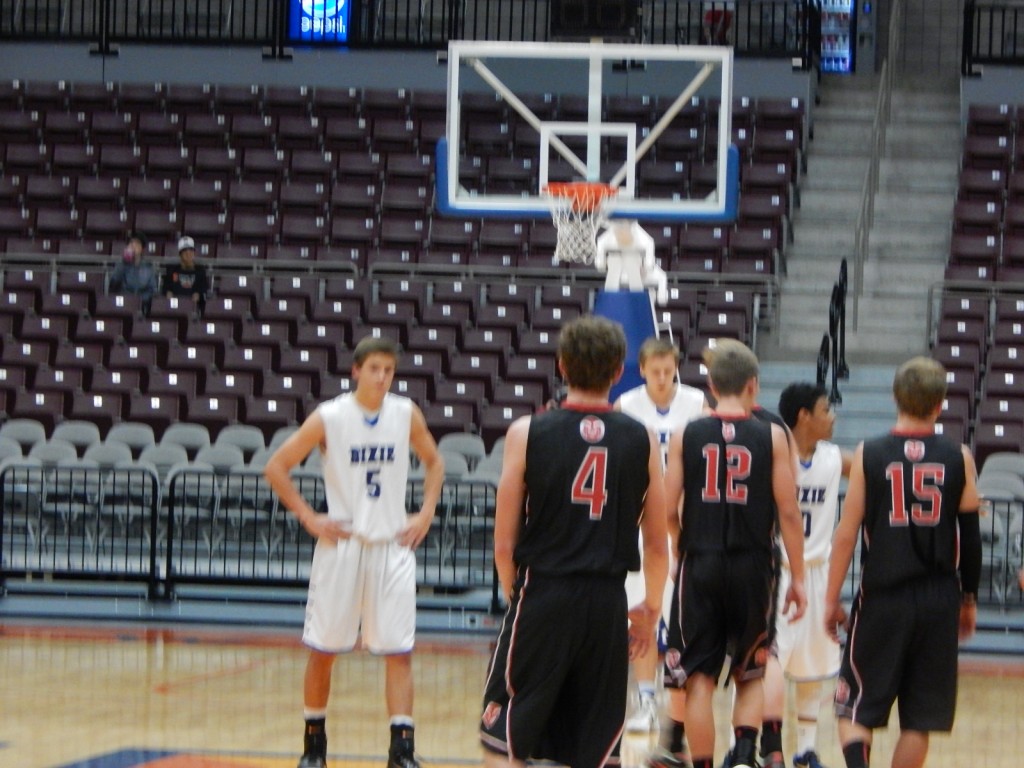