FEATURE — On Dec. 7, 1941, the Japanese attacked America’s naval base at Pearl Harbor, Hawaii, which ultimately ended in 2,403 casualties and 1,178 injured. The St. George area has a number of survivors from that attack living among us and annually commemorates the day in a public ceremony, to be held this year on Sunday at 10:48 a.m. in Vernon Worthen Park, 300 S. 400 E. in St. George.

Seventy-three years ago President Franklin Delano Roosevelt asked Congress for a declaration of war against Japan for its unprovoked attack on the United States. On Dec. 8, 1941, Roosevelt said:

December 7th, 1941 – a date which will live in infamy – the United States of America was suddenly and deliberately attacked by naval and air forces of the Empire of Japan.

The Japanese attacked America’s naval base at Pearl Harbor, Hawaii. The attack killed 2,403 American military personnel and civilians and injured 1,178 others. The attack sank four U.S. Navy battleships and damaged four more. It also damaged or sank three cruisers, three destroyers, and one minelayer.  There were 188 aircraft destroyed and an additional 159 damaged.

Memorials have been built to remember that day and its events. The USS Arizona Memorial at Pearl Harbor, Hawaii, is the most familiar.  Another memorial is that of the USS Utah.  A memorial to honor the crew of the USS Utah was dedicated on the northwest shore of Ford Island, Hawaii, in 1972.

Most survivors of Pearl Harbor have passed away or are quite infirm.  Utah Dixie Chapter 2 of the Pearl Harbor Survivors Association in St. George dedicated a monument in Vernon Worthen Park a number of years ago. Each year American Legion Post 90 remembers those who gave their lives at Pearl Harbor by laying a wreath at that memorial.

This year’s ceremony will start at 10:48 a.m. Sunday with members of Post 90 raising the flag while playing “To the Colors” on the bugle. The flag will then be lowered to half-staff while the bugle plays “Taps.” After that Post 90’s rifle team will fire a rifle salute consisting of one volley. A wreath will then be laid at the base of the monument.

The public is invited to attend the ceremony and remember the day that, as President Roosevelt foretold, has lived in infamy for these past 73 years.

Submitted by Ski Ingram, adjutant of Lester Keate Post 90 of the American Legion in St. George and co-chairman of the Veterans Coalition of Southern Utah. 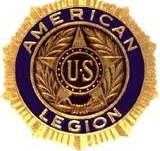