COMMENTARY — After the BYU Cougars beat Cal Saturday and on the heels of three straight wins over lesser opponents, it’s evident that BYU football is back on track again this season. The Cougars are on a winning streak again after a mid-season slump of four consecutive loses.

Obviously, Savannah State, UNLV and Middle Tennessee were teams BYU should have beaten, and the Cougars did. Hanging Christmas lights on my house sounded more entertaining then watching the whole BYU game last week. 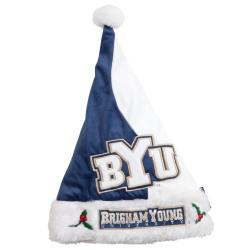 But Saturday;s win over Cal confirms my belief that BYU is flat out playing better football right now then they have in months. The Golden Bears were waiting patiently this Thanksgiving week to beat BYU for their final home game this season. But there was no turkey, stuffing and mash potatoes hangovers for BYU as the Cougars offense was clicking on on cylinders.

It was a huge game for Cal, which was trying to get to the magical six win mark and become bowl eligible. And Cal is a much better team than its record indicates (5-6). The Bears have lost several very close games by a touchdown or less to Pac 12 opponents like UCLA, Arizona, and USC. Any of those games could have game either way down the stretch for the Bears, and if they had, Cal would be currently bowl eligible and sitting pretty in the Pac 12 standings.

Now add BYU to that list. The Cougars scored on two long Christian Stewart-to-Jordan Leslie TD passes in the second half to come away with the 42-35 win. It was a game that hearkened back to the glory days of BYU football, when the Cougars would air it out and just try to outscore their opponents in a shootout.

Going into the game, BYU had already punched its ticket to the Miami Beach Bowl on Dec. 22. Although the Cougars were hopeful for a win this weekend, a lot of people were surprised that the Cougars could go on the road and beat Cal. But the offensive effort was solid. The O-line blew holes open for a BYU running back team effort that netted 144 rushing yards.

Stewart, a former walk-on and Snow College transfer, was impressive at QB, passing for 433 yards and five touchdowns. BYU did get out-gained 566-540 in total offense. But the defense made several key stops and overcame some tough situations. The biggest stop came with just seconds left on the game. Cal had four shots at the end zone from the 14-yard line and came up empty.

For Cal, which lost by four at Arizona, by two to UCLA and  by eight at USC, changes at the top could be coming. When bigger programs like a Pac-12 team has a losing season, there are usually bigger changes to the program in the offseason. I am sure every coach and some players are now on the hot seat.

BYU still needs to consistently compete and compete very well against teams from big time conferences. This was a must win for BYU’s program. The outcome of this game may change some minds around the country as to whether or not the Cougars are a power-5 type program.

BYU really has improved since the terrible performance vs. Boise State earlier this year. We were treated to a very entertaining game to watch against Cal.

If BYU can get a win in the Miami Beach Bowl, it will be a nine-win season for the Cougars and definitely something to build on for 2015.

Blue Blood is a weekly column written by former BYU captain Scott Young. The opinions expressed are not necessarily those of St. George News.