FEATURE – It is a story of grief and guilt, tragedy and triumph, loss, hope, life, choice and love. It has ties as close as St. George and as far away as a small village in Vietnam. Its raw emotion reaches past borders and into all of humanity, creating with one fell swoop a worldwide family.

Elizabeth Van Meter’s “The Purpose Project,” is a one-woman multimedia stage show, an upcoming documentary and a humanitarian project that was born out of tragedy and found its purpose in healing.

In the St. George Municipal Airport there stands a statue of Vicki Van Meter, an acclaimed child pilot, record-setter in the aviation industry and baby sister to “Purpose Project” creator and founder, Elizabeth Van Meter.

Vicki Van Meter’s early life was an example of the capability we all have, no matter how young or old, to achieve our dreams.

For Vicki Van Meter, her dream was to fly. According to her official website, “Vicki’s dream began when someone from NASA came to visit her 3rd grade class and she became hooked on flying in space.”

Her dream of flying only grew stronger when, on a family drive, they went to see a new terminal being built at their local airport and Vicki Van Meter’s dad saw a sign-up sheet for a new flight school.

Vicki Van Meter worked hard in ground flight school and after passing her exams (on her second try) she began taking flying lessons from an instructor. Her hard work and dedication paid off and, at the age of 11, Vicki Van Meter flew into the record books becoming the youngest female pilot to make a transcontinental flight.

A year later she upped the ante and became the youngest female pilot to cross the Atlantic flying from Augusta, Maine, to Glasgow, Scotland, at just 12 years of age.

But despite all her accomplishments, there was also darkness in Vicki Van Meter’s life, and in 2008, at the age of 26, Vicki Van Meter made the choice to leave this earth.

To say that “The Purpose Project” began at the untimely passing of Vicki Van Meter would not be entirely true. Elizabeth Van Meter, who moved to New York City at the age of 22 to pursue a career in acting, said that even before that tragic life event she had been questioning her purpose in life.

“At that point in my life … leading up to that, I was feeling very unfulfilled as an actor,” Elizabeth Van Meter said. “I was feeling that I had gone to school and I had studied all this stuff and I would go to all these auditions … I just felt as an artist I was really unfulfilled.”

That being said, the loss of her sister certainly acted as a catalyst for the events that would follow and eventually lead to Elizabeth Van Meter finding her purpose and a hope.

“After Vicki’s passing it really stepped things up,” Elizabeth Van Meter said, “in a way that made me look at my life and say ‘if life is an expression of self, what am I saying with my life?’”

The photo was of a young woman in a wheel chair sitting next to a wall of books, a makeshift library; and then Elizabeth Van Meter was told that this young woman whose name, she would learn, was Thao, was asked one simple question.

“If you could have anything in the world, what would it be?”

Thao was born with severe life-threatening birth defects, as a result of Agent Orange, and though her body is deformed and fragile she did not ask for better health or the ability to walk, she asked for more books.

Thao’s simple response of the request for $300 to buy more books for her library stuck with Elizabeth Van Meter and in the midst of her grief and deep depression, she said, she made the decision that she was going to go to Vietnam and bring Thao more books.

“My heart told me that this was where I had to go,” Elizabeth Van Meter said, “and I had amazing friends and family who pulled together money to financially make it happen because I was going over to bring these books … that was the mission.”

She followed her heart

Following her heart is something Elizabeth Van Meter has always done and though sometimes she made her decisions on her own she always had the support and encouragement of her parents, St. George residents Corinne and Jim Van Meter.

The family took many vacations together, never missing an opportunity for their children to learn, grow and discover who they wanted to be, and see what they might want to do, Jim Van Meter said.

Our children are our gifts of spirit coming into the world, they come here for a purpose and we just sort of facilitate until they get old enough to explore themselves. I guess I always tried to see their gifts unfold and encourage them when I saw something like that.

For Elizabeth Van Meter, her parents said, it was evident at a young age that she was a gifted actress and also a champion of others.

A gift out of grief

At the simplest level “The Purpose Project” could be described as a tale of three women and how each woman’s life choices created an interconnectedness that transcended borders, grief and even death.

Vicki Van Meter’s passing left her family reeling with grief, Jim Van Meter, said but each in a different way. For Elizabeth Van Meter, deep-seated guilt raised questions about why she couldn’t help her sister, she said.

Though those questions may never be answered, through Thao, Elizabeth Van Meter was able to refocus her energy and begin to heal as she brought books to Vietnam and then extended that gift by returning again and building Thao a new library.

“She was struggling in her way … she was working through depression and what she was looking for in life,” Jim Van Meter said, “and her sister, she found out, gave her the greatest gift to find another way to be able to help other people.”

“If my sister hadn’t made the choice she had, I never would have taken a second look at that photograph,” Elizabeth Van Meter said. … I wouldn’t have traveled to Vietnam, I wouldn’t have followed that spark that was happening.”

The film, documenting Elizabeth Van Meter’s trips to Vietnam and telling this story has just been completed and will debut at a film festival some time in the spring of 2015, Elizabeth Van Meter said. Her one-woman show that was written in St. George and based off of footage from the film has been met with wide acclaim across the country.

“The Purpose Project” as a humanitarian effort will continue to grow as others can now propose projects; small in nature but that have huge rippling effects of impact, Elizabeth Van Meter wrote on the foundation’s website.

“My hope with Purpose Project is, I mean we all experience, if you live long enough obviously, we all experience loss and tragedy and at a certain point we can make choices on how to react to those moments,” Elizabeth Van Meter said. “But I feel as though you don’t have to necessarily have had such a tragic moment happen to make a choice, to kind of reach out and help someone else, to reach out with the gifts that you have been given to be of service to your brothers and sisters of the world.” 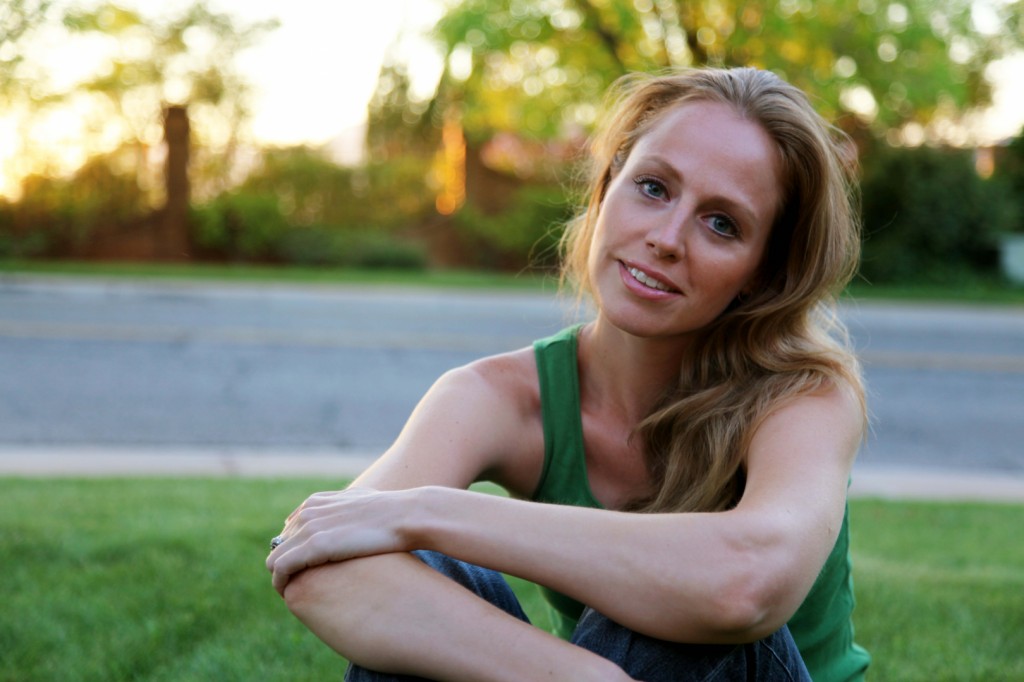 People want data privacy but don't always know what they're getting