ST. GEORGE — In the spring, Desert Hills star golfer Katie Perkins will go for her third straight 3A golf individual gold medal in what could be the perfect capper on a high school career.

But the Thunder senior’s playing days are far from over. Perkins signed a letter of intent to continue her golf life at Utah Valley University in Orem, where she’ll play for Dr. Sue Nyhus. Nyhus, who previously had coached BYU to its highest finish in school history, is in her fourth year at UVU.

“My freshman year is when I started to realize that maybe I could be a collegiate golfer,” Perkins said. “I probably sent my video to 30 different universities or more. I got told no a lot, but that doesn’t stop anybody from getting what they want.”

Schools such as TCU, Oregon State, Tulsa, Boise State and Wake Forest were interested in Perkins. She said she really wanted to leave Utah and “go out into the world,” but when she visited UVU, her mind started to change.

“I literally spent two hours touring the campus,” she said. “I was really impressed with what they had to offer, It was really amazing there. I knew that’s where I could make my dream a reality.” 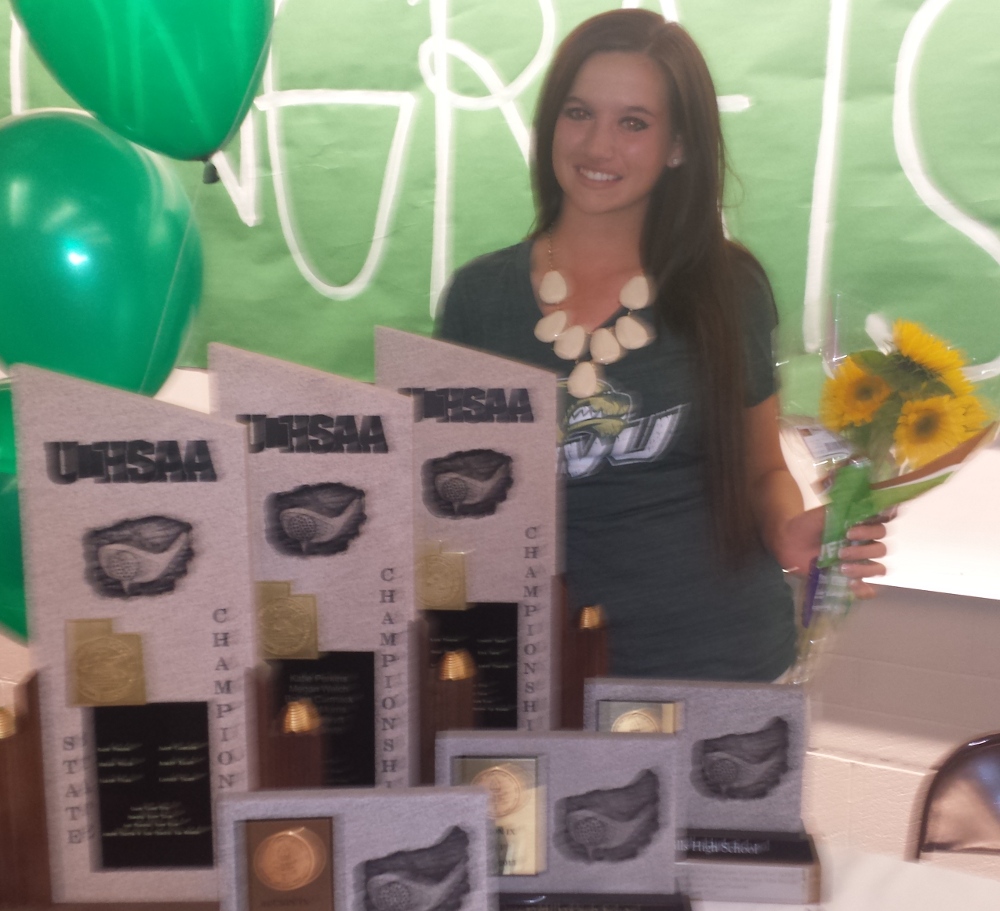 Desert Hills coach Laurie Dyer, who has led the Thunder to five straight team state championships, was there at a press conference Wednesday at the high school and said she was proud of the hard work Perkins has put in to become the star that she is.