The stolen Kia Soul after the accident that occurred in the intersection of 350 North and 2450 East in St. George, Utah, Oct. 17, 2014 | Photo by Aspen Stoddard, St. George News

ST. GEORGE — A man driving a stolen vehicle ran a stop sign and collided with another vehicle Friday afternoon, then he and one of his passengers fled the scene on foot in the area of 350 N. 2450 East in St. George.

Shortly after 3 p.m., a woman driving a Jeep Liberty SUV was traveling northbound on 2450 East and, as she approached the 350 North intersection, a man traveling westbound on 350 North in a silver Kia Soul with two passengers ran the stop sign and struck the Liberty, St. George Police Officer Mike Christensen said. The collision sent the Liberty into a residential yard, where it came to rest on some rocks.

Torrey Bundy, 22, of St. George, the driver of the Liberty, said she was on her way to work when the Kia hit the passenger side of her vehicle hard and caused her to lose control.

“It happened so fast. I was holding on to the steering wheel and I went up onto the rocks. I got out of my car and I saw two kids … ran up and asked me if I was OK and then they took off,” Bundy said. “I think they were the ones driving the other car.”

The Kia driver and one passenger fled westbound on foot and the second passenger, a juvenile girl, stayed on scene, Christensen said. Police officers were dispatched to locate the two men who had run from the scene.

Upon running the license plate of the Kia Soul, officers discovered it had been stolen out of Ogden and an “attempt to locate” was placed on it Thursday out of the Unified Police Department of Salt Lake County.

The juvenile girl who had been in the Kia was transported to Dixie Regional Medical Center with injuries that were not life-threatening.

Both vehicles were towed.

As of 6:30 p.m. Friday, St. George Police officers are still looking for the driver of the stolen vehicle, and the incident is still under investigation. 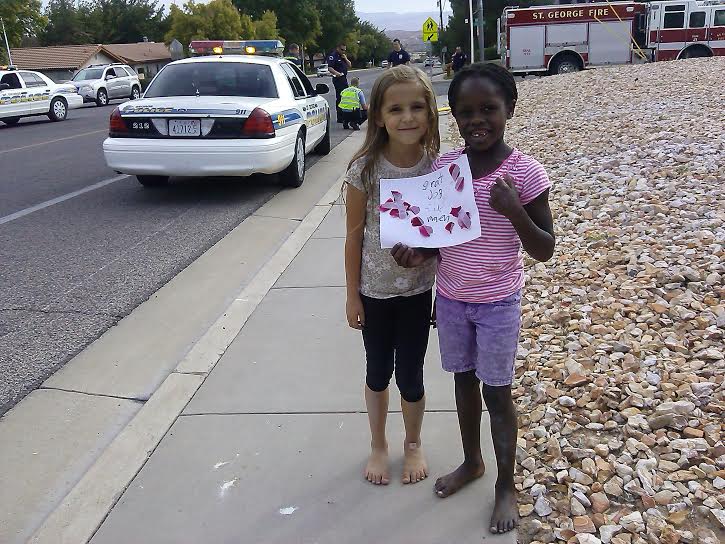 Emily and Jade pose with a thank you picture they designed and gave to the St. George police officers and St. George firefighters on scene at the intersection of 350 North and 2450 East in St. George, Utah, Oct. 17, 2014 | Photo by Aspen Stoddard, St. George News 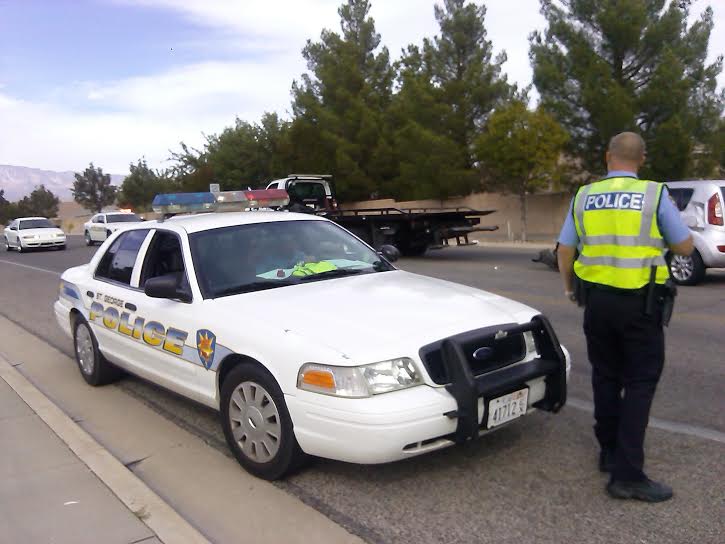 St. George police officer responds to the accident that occurred in the intersection of 350 North and 2450 East in St. George, Utah, Oct. 17, 2014 | Photo by Aspen Stoddard, St. George News 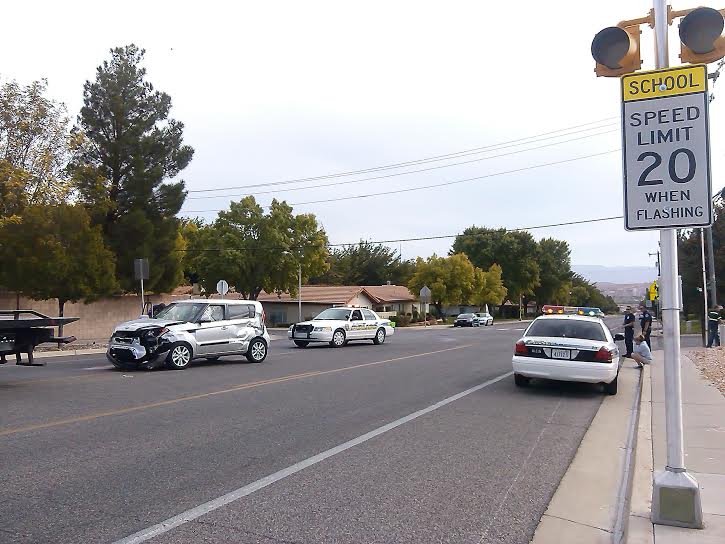 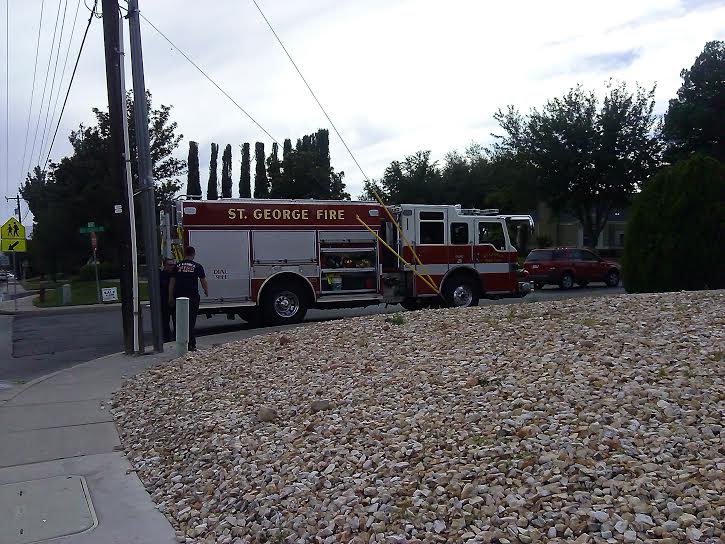 The rocks in the residential yard where the Liberty came to rest, St. George, Utah, Oct. 17, 2014 | Photo by Aspen Stoddard, St. George News