COMMENTARY — This time of year is by far my favorite. Of course, football is in full swing. The weather is turning cool. The leaves are changing. And with Halloween and Thanksgiving just around the corner, pumpkin is everywhere. 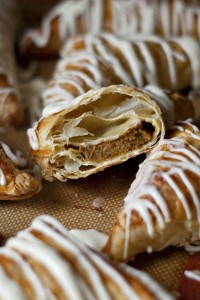 Last year, knowing my love for all things pumpkin, a friend brought over something new, a pumpkin turnover. It was delicious, but the name conjured up one of the most emotional moments in my favorite sport, football. Turnover.

Call them giveaways or takeaways, fumbles or interceptions, turnovers instantly create joy on one side of the field and frustration and dismay on the other. And last Saturday, we saw enough of them to fill the display case at a bakery.

And not surprisingly, the teams that committed more turnovers in all three 3AA South Region games lost the games.

In the state championship rematch between Desert Hills and Pine View, the Thunder came away with a 35-21 victory, due mostly to their plus-four (5-1) advantage in the takeaways. The Panthers fumbled on a running play, a passing play, a punt return and a pair of interceptions. The play of the game, a bad snap over the punter’s head, isn’t even included in that turnover list, though it resulted in the Thunder being awarded the ball at the Pine View 1-yard line*.

Three of Pine View’s turnovers occurred deep in their own territory. A fourth came when the Panthers were at the Desert Hills 10-yard line and the fifth was a muffed punt that ended up in a DH field goal.

Meanwhile, over in Hurricane, the Tigers were plus-three in the turnover margin. Penalties hurt and can turn drives around. But they’re nothing compared to some turnovers. With the game tied at 7-7 and Dixie at Hurricane’s 3-yard line, the Flyers ran a sweep. The ball came out and Hurricane’s Noah Elison scooped it up and ran 93 yards before being tackled at the Dixie 4-yard line.

That play was part of an amazing stretch in the second quarter for Hurricane in which the Tigers scored 34 straight points and forced three Dixie turnovers en route to the 34-14 win.

Snow Canyon, battling through injuries and a fired up Payson team, came away with a 16-6 win thanks to a plus-four in the turnover margin. The Warriors struggled on offense in the game and even turned the ball over twice themselves. But SC’s defense forced six Payson turnovers, three of which came when it looked like Payson was going to go in and take the lead in the second half.

The Lions out-gained the Warriors fairly significantly (257-128) and held Snow Canyon to eight yards rushing in the game. But Payson couldn’t overcome the box full of turnovers.

The crazy thing about turnovers is that they’re very hard to predict or even correct. For every bad pass that results in an interception, there’s a tipped ball or a supreme defensive play. For every muffed punt or bad snap, there’s a helmet to the ball or a weird bounce. Sometimes it’s just a freak accident.

One thing is sure, turnovers change football games.

* – On the bad snap that Pine View’s punter kicked backwards out of the end zone, the officials made the incorrect call in awarding possession to Desert Hills at the 1-yard line. While the kick was illegal, the penalty is NOT loss of down, so DH should have been given the choice to either take the safety with Pine View then kicking off from its own 20-yard line (which is what the Thunder likely would have done), or a replay of fourth down for Pine View from its own 1-yard line. While the call was incorrect, kudos to the head referee for owning up to his mistake and issuing an apology to both coaches the day after the game.

It’s halftime in Region 9 volleyball. OK, there’s no halftime in volleyball, but the teams have reached the midway point and we have a heck of a race going on.

Snow Canyon, with Alexsa “Crash” Parker leading the way, is 6-0, with defending state champ Hurricane right behind the Warriors at 5-1 and defending region cahmp Desert Hills in the hunt at 4-2.

The Warriors have one big advantage in the second half of region games. They play both Hurricane and Desert Hills at home down the stretch.

It’s pretty much a lock that those three teams will be in the playoffs, but the race for the fourth playoff team from the region will be a dogfight with the four remaining teams, Dixie, Cedar, Pine View and Canyon View, all within two games of each other.

Looking for a second straight region and state championship, the Dixie Flyers grabbed hold of first place with a 2-0 win over Snow Canyon Tuesday night.

Believe it or not, we are just two weeks away from the playoffs and the Flyers and Desert Hills Thunder have both picked a good time to get hot. Dixie has won six straight and DH has taken four straight. Dixie has 24 points (in soccer you get three points for a win and one point for a tie), while Cedar, Snow Canyon and Desert Hills all have 21 points.

But DH and SC only have two games left, while Dixie and Cedar have three more opportunities to get points. No doubt, all four of those teams will be in the playoffs, but only the top two will get home playoff games in the first round. The Flyers and Lady Reds play Thursday night with the winner likely to take the region crown.

Region 9 gets five playoff teams this season, so either Pine View (six points), Hurricane (four points) or even Canyon View (one point) will make the playoffs. Pine View has the inside edge with the two-point lead and the Panthers hist Hurricane next Tuesday night at Panther Stadium.

“This Week in Region 9″ is a weekly column written by Andy Griffin exploring the happenings in Region 9 at all sports venues. The opinions expressed are not necessarily those of St. George News.