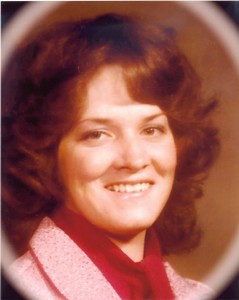 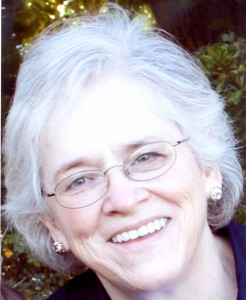 An angel on loan from God has been called home.  Lorraine O’Brien Warby, age 60, rejoined her parents on September 27, 2014, succumbing to pancreatic cancer.  She was born in Driggs, Idaho, on October 25, 1953, to Byron W. O’Brien and Marjorie Egbert O’Brien.  Lorraine grew up in a goodly home in Tetonia, Idaho, in the shadows of the Teton Peaks.  She was always a Teton Valley girl at heart.  She had “1T” on her Utah license plate.

She graduated from Teton High School in 1972.  In 1974, she graduated with her nursing degree from Ricks College, Rexburg, Idaho.  Her first position was at the Valley View Hospital in Cedar City, Utah.  It was in Cedar City that she met a radio announcer, soon to be a US Air Force Pilot.  She and Alan were married and sealed on February 14, 1975, in the Idaho Falls Temple.  Lorraine followed her husband to tours of duty in Oklahoma, Alaska, Hawaii, England, and South Dakota.  Along the way she added five boys to her family.  A sixth was born after leaving the Air Force and living in Parowan, Utah.  In 1988, she and family moved to St. George, Utah.  In 2004, she and Alan built a new home in the Santa Clara valley along the Santa Clara River.  They were just in time to have a good view of the Flood of ’05.

In the early 90s she returned to nursing and worked at the Dixie Regional Medical Center for almost 25 years.  There she made many dear friends and was known for her loving and generous spirit.

Lorraine was a lifelong member of The Church of Jesus Christ of Latter-day Saints.  Although she was a ward relief society president, stake primary president and ward primary president, her favorite position was doing music for primary.  She was also a ward organist in all the many wards she attended.

Throughout her life, Lorraine’s sweet spirit has comforted the sick, fed the hungry, calmed troubled hearts, and lifted the souls of all she knew.  This is reflected in all the cards, letters, and Facebook posts that have been sent on her behalf.  Even friends of her sons and grandsons call her mother and grandmother.

The family would like to thank all who have supported her these last two years: her friends from work, doctors and nurses, the members of the Santa Clara First Ward, neighbors, and friends far and wide.  To say that all will miss her is an understatement.

In lieu of flowers, please donate to the charity of your choice.