IVINS – We ask the question every year on Sept. 11: Do you remember where you were when the towers fell? It was a day that brought the nation and indeed the world to its knees as it witnessed the terrorist attacks that took thousands of lives.

It was also a day that saw a nation rise in a movement and moment of solidarity. It started with those who lost their lives as victims of the atrocious attacks and moved to those who gave their lives. To those civil servants who ran into the burning buildings when all logic would have told them not to. To the selfless acts of the passengers of flight 93 who chose to fight back against their hijackers and save countless lives while losing their own. In the wake of the tragedy, the whole nation took up the call, helping wherever they could and vowing to never forget.

Sept. 11 is now a national day of service and remembrance called Patriot Day, dedicated to the 2,977 lives that were lost during the attacks. Flags at all government buildings and establishments fly at half-staff and a moment of silence is observed beginning at 8:46 a.m. EDT – the time when the first plane struck the North Tower of the World Trade Center.

In honor of the heroes of 9/11 as well as to celebrate local and national patriots throughout history, the Southern Utah Veterans Home hosted a remembrance program Thursday entitled “Remembering Our Heroes: A Celebration of Patriots.”

Conducted by local attorney Jeff McKenna, with the assistance of Boy Scout Troop 1827 of Santa Clara, which acted as color guard for the event, the program paid tribute to 9/11 heroes; local hero and veteran Lee “The Flagman” Warren, who passed away this year; and forgotten hero and patriot Dr. Joseph Warren, who was killed in the Battle of Bunker Hill in 1775.

Dr. Samuel A. Forman, an adjunct professor at Harvard University and the leading biographer of Dr. Joseph Warren, was the keynote speaker at the program, which was attended by veterans and staff of the Southern Utah Veterans Home, local dignitaries and community members.

The connection between a 1700s patriot, a World War II survivor and the brave men and women who lost their lives in a deadly terrorist attack might not be immediately recognizable, but they all share something in common: the need to be remembered.

It was for this very reason that Stan Spray, a Vietnam veteran and local resident, came to the event.

“I fought over in Vietnam, and when I came back we didn’t have a lot of support,” Spray said, “so I just want to come out and support these guys who saved our lives. They are all heroes.”

During his address and in his book, “Dr. Joseph Warren: The Boston Tea Party, Bunker Hill and the Birth of American Liberty,” Dr. Forman detailed the life of Warren, from the loss of his father at a young age to his rise into the inner circle of the Sons of Liberty to being the man who directed the famous “midnight ride” of Paul Revere.

Perhaps the most ominous echo of 9/11 was an oration Dr. Warren gave at a 1775 commemoration of the Boston Massacre – a 1770 incident in Boston, Massachusetts, in which five colonists were killed by British regulars. The event is reenacted in Boston annually.

Dr. Warren’s words, which were later quoted by President Ronald Reagan at his first inaugural address, were these:

Our country is in danger, but not to be despaired of. Our enemies are numerous and powerful; but we have many friends, determined to be free, and heaven and earth will aid the resolution. On you depend the fortunes of American. You are to decide the important questions, on which rest the happiness and liberty of millions yet unborn. Act worthy of yourselves.

Dr. Warren was killed during the Battle of Bunker Hill, relatively early in the Revolutionary conflict, but his involvement in early patriotic movements was at the highest level. Forman argued that Dr. Warren might have been the orchestrator of the Boston Tea Party.

So how could a man like that be forgotten?

“Remember” was the one word Lee “The Flagman” Warren always used, program conductor McKenna said. Lee Warren was a Pearl Harbor survivor and a dedicated community servant who, at the time of his death, had, according to one estimation, handed out more than 100,000 American flags to members of the community.

Lee Warren also hosted a special commemoration of Pearl Harbor every year at Vernon Worthen Park in St. George on Dec. 7. He would hold the event no matter what the weather, McKenna said, and always his focus was on making sure the events of that day and those people were not forgotten.

“It was always that word: ‘remember,’” McKenna said. “Remember. Remember your veterans … remember Pearl Harbor. So what a wonderful way on 9/11, because it is a day of service, a day of remembrance to remember them.”

Regarding 9/11, Dr. Forman shared some thoughts on why it is so important to preserve the memory of our nation’s patriots.

“By remembering the patriots, both modern and ancient, we remember what they did, what they believed and what they stood for,” Forman said. “It is an opportunity to renew our own beliefs and also to honor them.”

Dr. Forman’s book is available at Little Professor Book Store and is an account of one hero that, like so many of our nation’s heroes, wrote the principles of freedom and liberty not with ink, Forman said, but with blood. 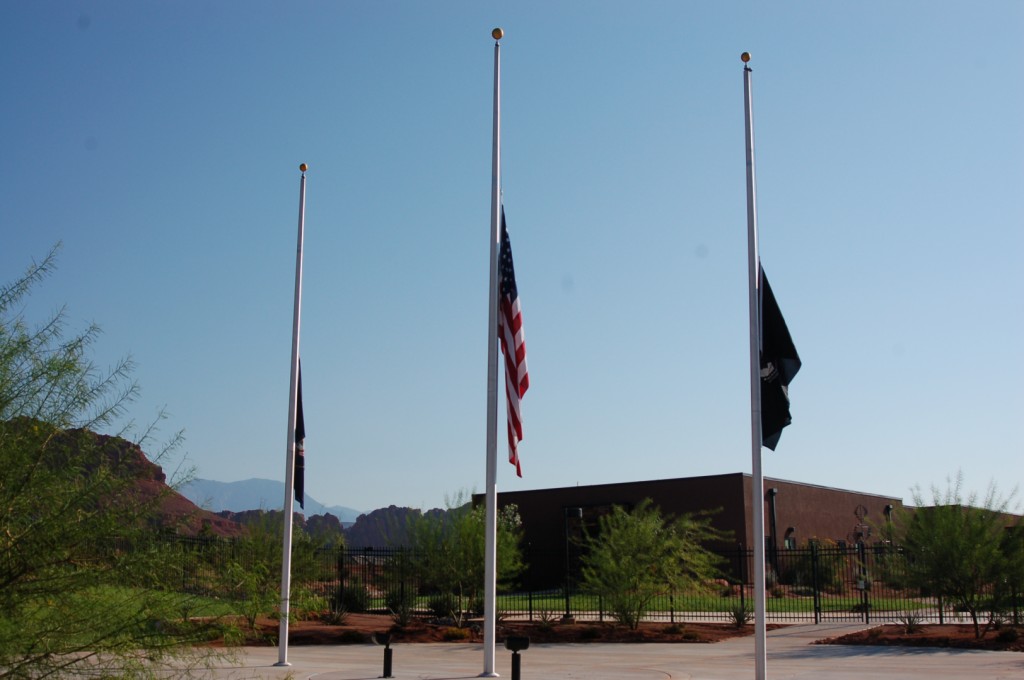 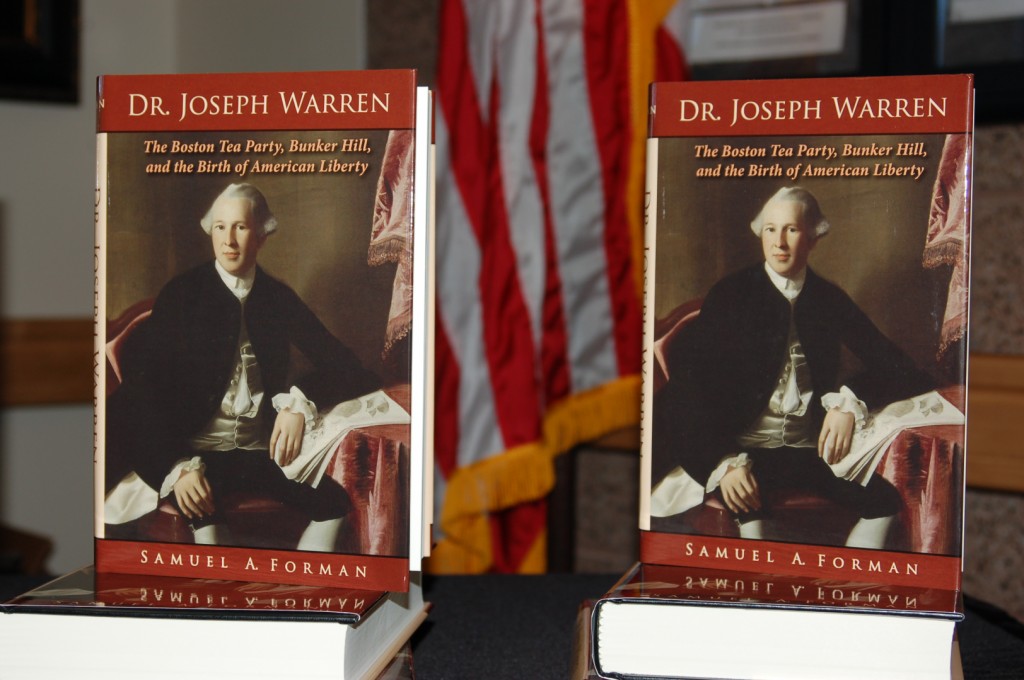 The story of Dr. Joseph Warren a forgotten Revolutionary War patriot who was killed in the battle of Bunker Hill sit on display at the Southern Utah Veterans Home, Ivins, Utah, Sept. 11, 2014 | Photo by Hollie Reina, St. George News 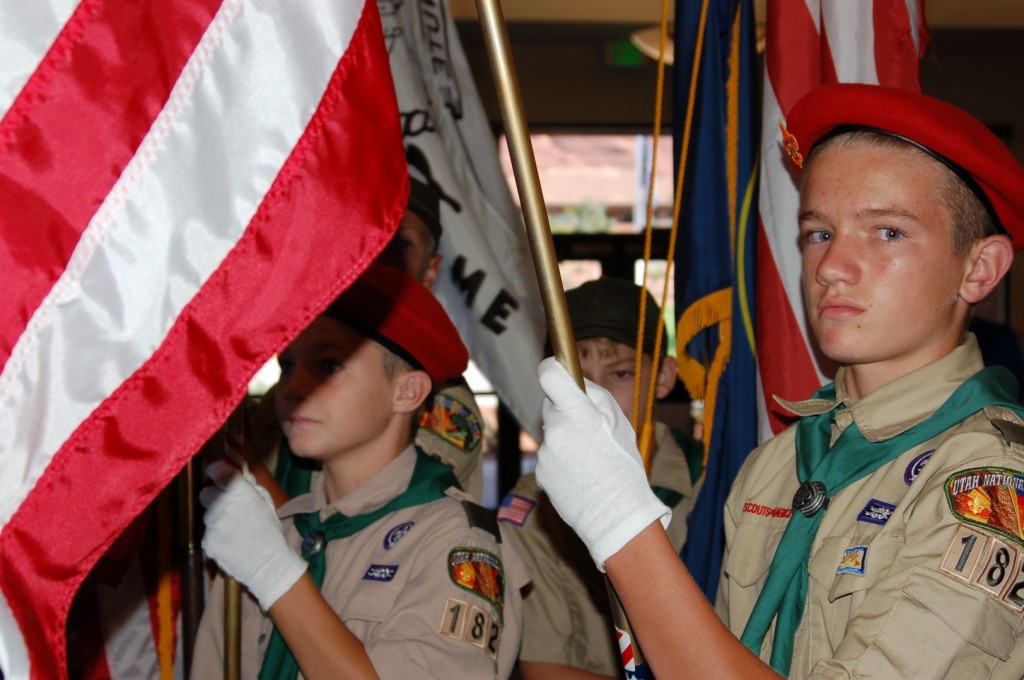 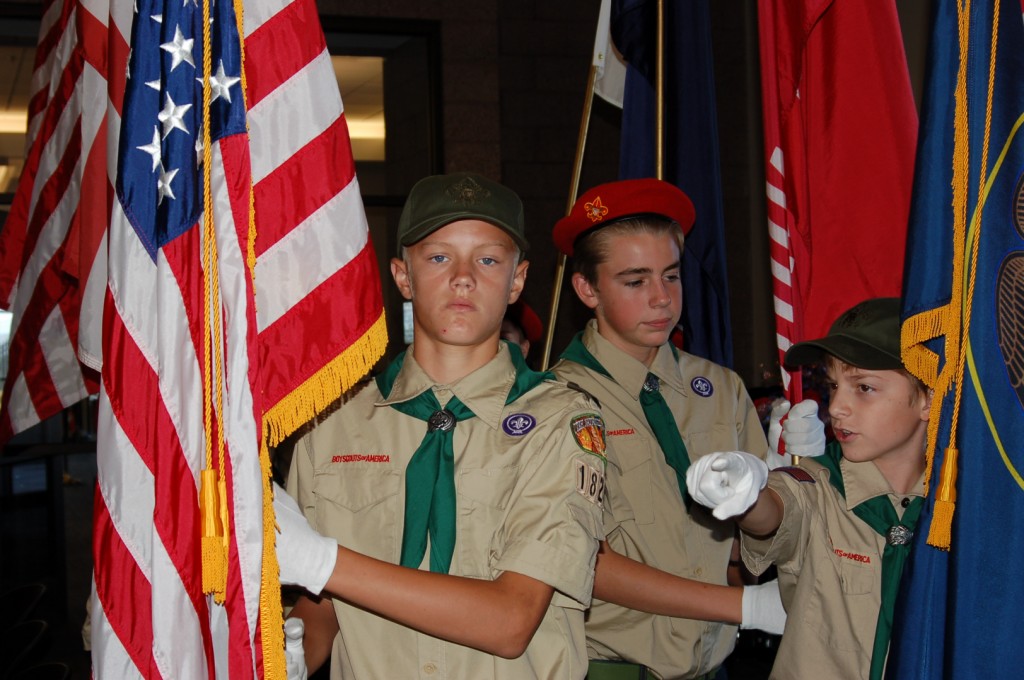 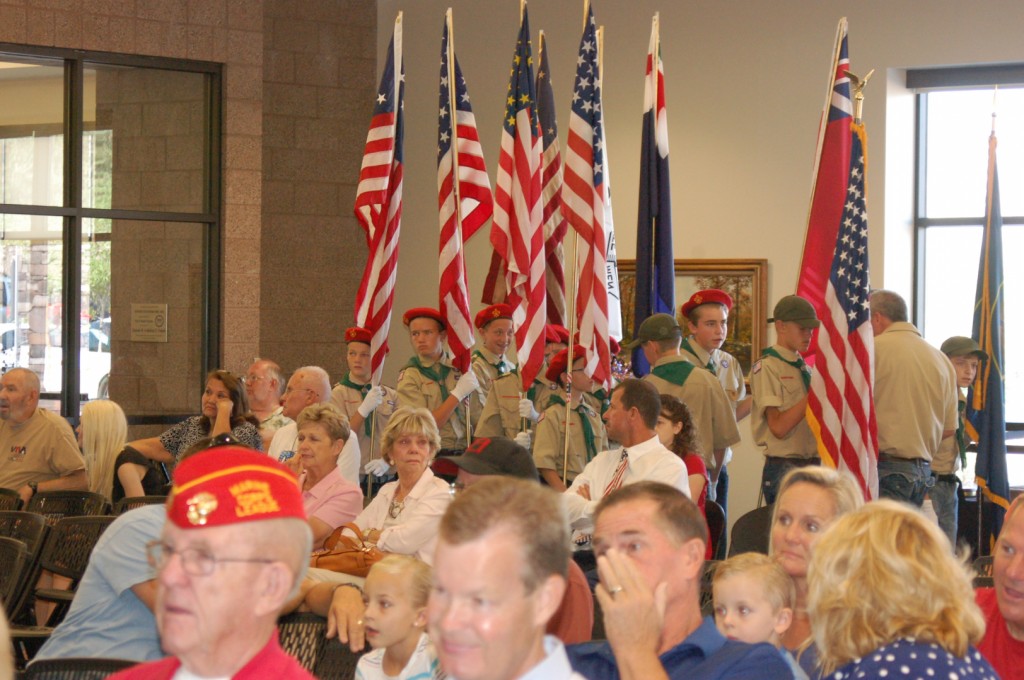 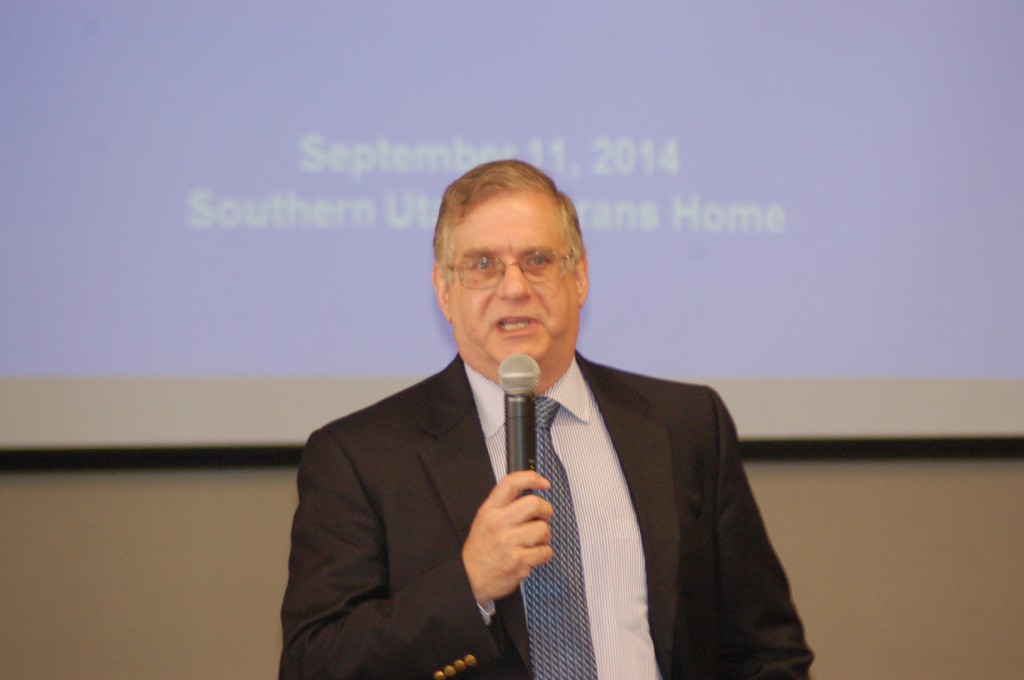